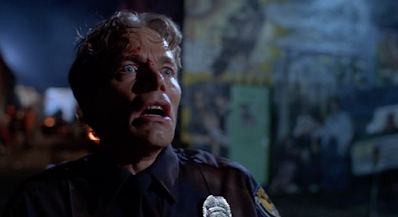 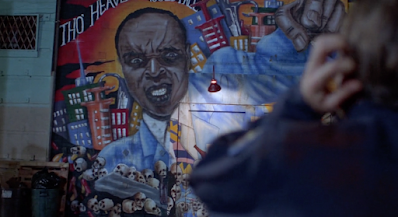 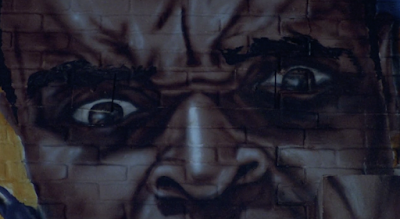 Today's third entry in my ongoing "13 Needles of Halloween" series is crossing over with my "Ways Not To Die" series, and so I have grabbed a slew of snaps from an infamous death scene in 1995's Tales From the Hood -- so many that we need to take the post post-haste to after the jump... 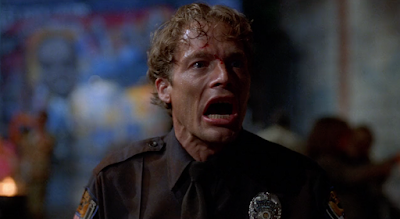 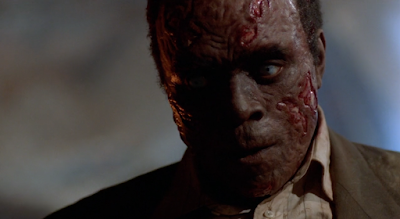 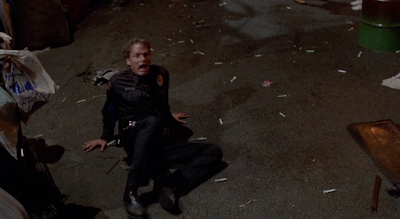 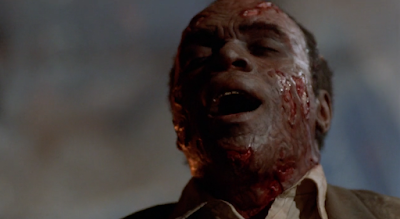 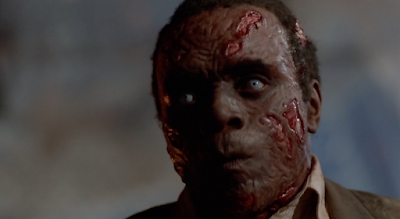 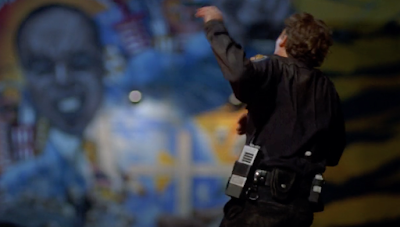 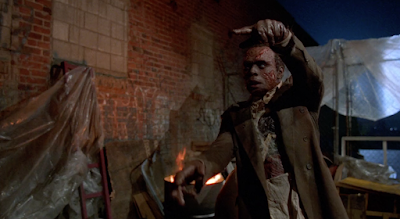 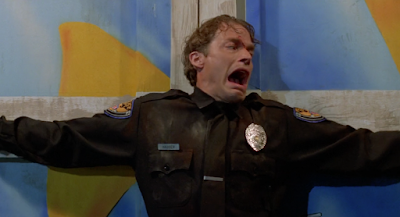 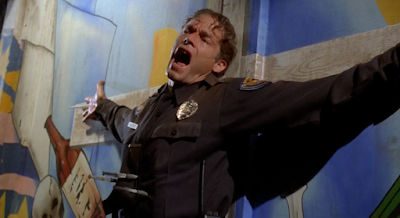 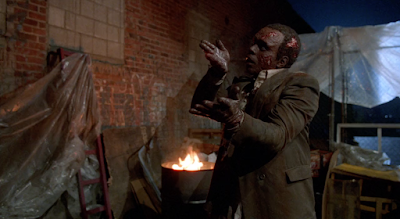 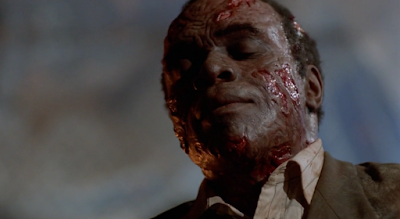 Tales From the Hood (1995)
I'll just be upfront here -- I have never seen Tales From the Hood. Have you? The context of what is happening here is not too hard to suss out though -- no-doubt racist cop gets his comeuppance from the vengeful spirit of a wrong black man. Looking it up on Wiki those details seem pretty spot-on -- the wronged dead dude was a local  activist who got pulled over by this cop and a couple of his buddies, and summarily jammed full of heroin (now the needles make more sense) and drowned in the river. One year later... sweet sweet vengeance, bwa-ah-ahhh!

The shot where the cop melts into paint is pretty grody anyway, and reminds me hard of the scene in my beloved Street Trash where the homeless man melts into a toilet. See it all here -- man it's gross. I love it. Anyway there are a lot of Black Horror Films I have yet to see -- a shameful omission from my supposedly vast knowledge that I realized the full scope of while watching Shudder's documentary on the subject called Horror Noire, which I heartily recommend. (That doc got me to see Ganja and Hess for the first time for one, and that's now one of my all-time faves.) On that note Horror Noire just got turned into a brand new horror anthology film for Shudder, which premieres on October 28th. Here's the synopsis: