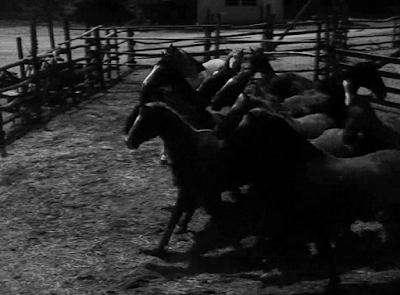 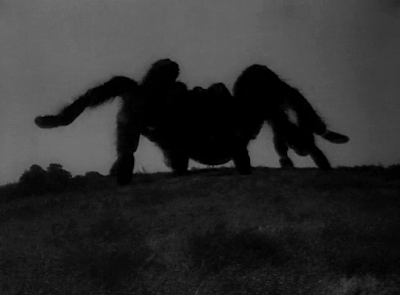 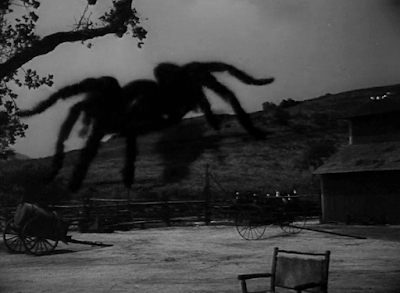 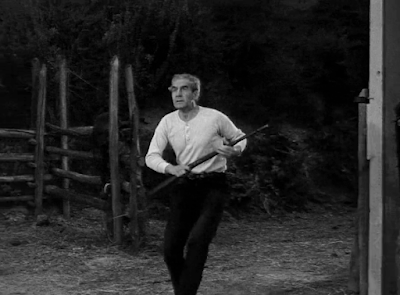 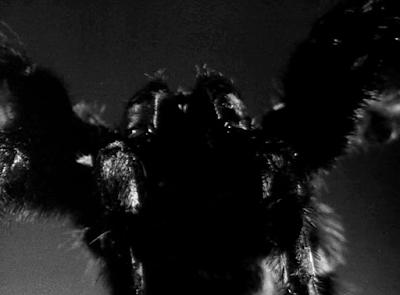 
This is a weird way to start talking about a scene where a man just got murdered by a gigantic spider, no doubt, but here goes: springtime always makes me think of my grandmother, who died just a couple of years ago. We were very close, all year every year, but for some reason Spring really resonates when I think of her - cherry blossoms in the back-yard and the flooded fields out in the countryside where she lived. 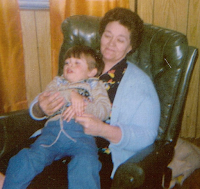 So she's been on my mind lately, is my point. And the other day I suddenly remembered watching Tarantula at her house when I was definitely on the young side to watch a movie about gigantic spiders murdering people, which is such an insane memory for me to have - my grandmother was devoutly religious and wouldn't even let any of us grand-kids watch Scooby-Doo because of witchcraft implications, and yet there I was, some weekend afternoon, laying on the floor of her house watching a gigantic spider murder people.

Is this where it began? This hint of horror poking out like The Rapture, come to deliver me to My God, the eight-legged freaks & raving lunatics that I now call my religion? It's certainly one of my earliest Scary Movie Memories anyway. I mean I'm only human, and as has been established at this point no mere mortal can resist...

This explains so much