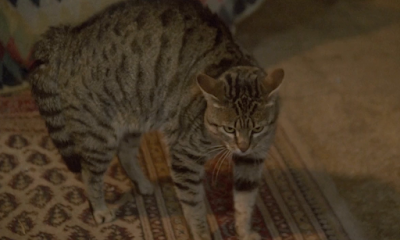 Diabolical Pussy alert! Ahem. So normally when there's a Friday the 13th happening on the calendar (as there is tomorrow) I do one of my "Ways Not To Die" posts from a Friday the 13th movie (here are some examples) because I am creative like that. You've got a real iconoclast over here, y'all! But this week something else presented itself that would not be nudged off another week. This week our pals at the Gaylords of Darkness podcast did an episode of Lucio Fulci's 1990 flick Demonia -- now I had never seen Demonia before this week, but I like to be familiar with the movie the Gaylords are talking about before I listen to an episode, and also -- it's a Fulci movie! Of course I wanna see it! Well...

OH MY GOD THE CATS, THE CATSSSSS

... I watched it, and it's not a great movie (as the Gaylords acknowledge) but holy shit does it have a few moments I'm glad I got to see, "THE CATSSSS" being the moment of main importance. Before we get to "THE CATSSSS" though I wanna step back to April of last year -- I know, I apologize, nobody wants to go back to April of last year -- to the last time I watched a Fulci movie I had never seen before. That movie was 1982's Manhattan Baby, and I posted about it -- specifically I posted about the scene at its very end where a man gets torn to shreds (with great emphasis on his eyeballs because duh, it's a Fulci movie) by taxidermied birds that all of a sudden come to nonsensical life.

If I had known that that scene had a companion scene I would've jumped right on it, but it took me a little over a year to make it to Demonia, where a woman gets torn to shreds (with great emphasis on her eyeballs because duh, it's a Fulci movie) by a pack of psychotic kitty cats. And yes, it's just like the scene in the original Let the Right One In film, only with cat puppets on sticks smacking this poor actress in the face instead of the terrible CG cats in that 2008 movie, offering proof that sometimes practical effects and CG are actually both terrible, in different but equal ways.

Fulci wins ultimately though, because he's Fulci, and even at this late stage in his career -- he'd die just four years after making Demonia -- he knows how to gross us the fuck out. And that's my warning to y'all -- this scene is gross! So I'm sparing those of you with weaker constitutions and I'm putting it all after the jump... 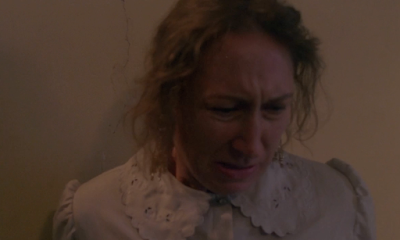 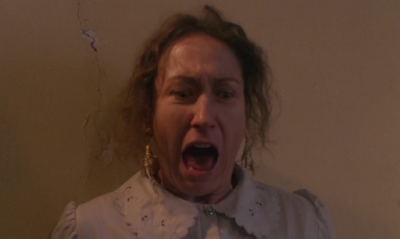 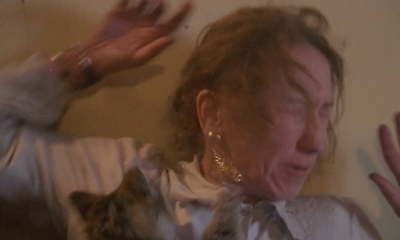 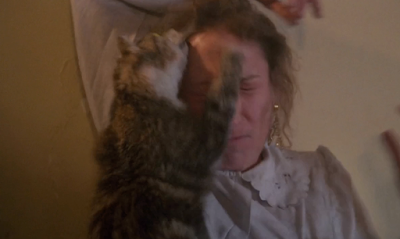 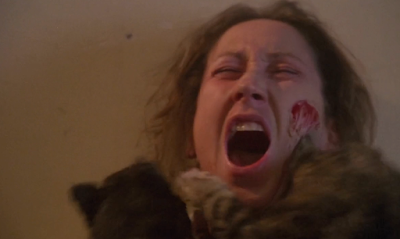 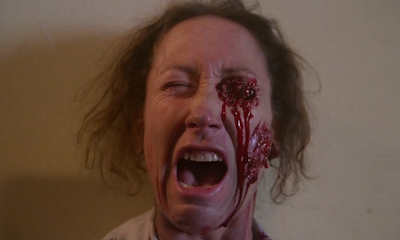 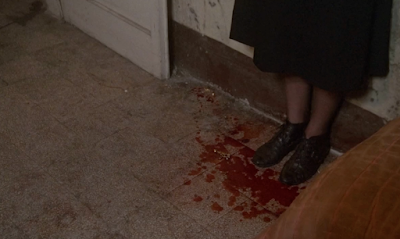 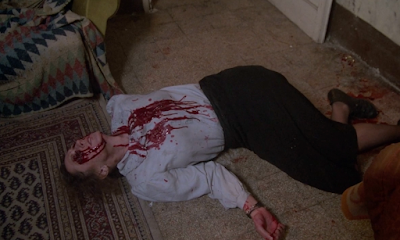 Demonia (1990)
The cut to meat at the end obviously makes it. Oh and the shot where the woman pulls her hands up to her face and those hands are quite clearly coming from some totally different person standing off-screen to the right? G'bless, Lucio, g'bless. 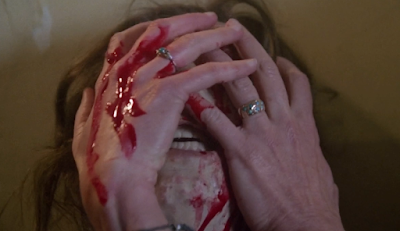 Those cat puppets are giving me mad "Toonces, The Driving Cat" vibes..

Fortunately(?) Demonia is streaming for free on Tubi as I also haven't seen it yet!