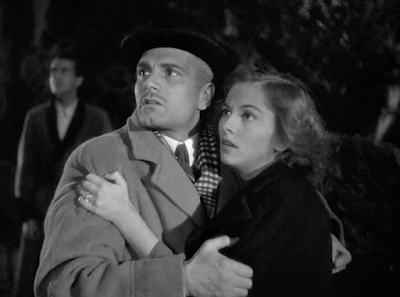 
Seemed like a good time to revisit Rebecca today, what with today being Alfred Hitchcock's birthday -- he was born on August 13th 1899 -- as well as those first photos from Ben Wheatley's 2020 Netflix film version starring Armie Hammer and Lily James and Kristin Scott Thomas having arrived this week and which I somehow have yet to have touched upon. Let's touch all over them after the jump... 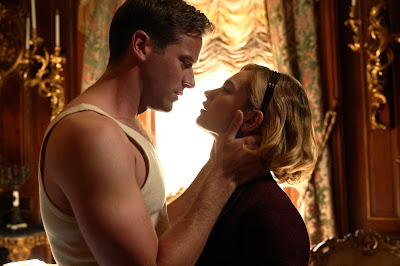 So the new Rebecca will drop on Netflix on October 21st, and Netflix this week gave us our first looks at it with four images (one of which is an on-set photo) showing off the main characters -- Armie as the rich callous Maxim de Winter, Lily as his new (and pointedly nameless) bride, and KST as the housekeeper Mrs. Danvers... 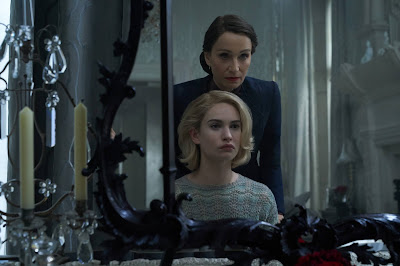 ... infamously portrayed in Hitch's film by the queen Judith Anderson as a panty-stroking sociopath. Here's where I admit I've never read Daphne Du Maurier's original 1938 novel, although I am aware that the character of Mrs. Danvers therein supposedly has more of a motherly obsession with the deceased first wife Rebecca and less of an inclination towards, you know, stroking her panties. But since Wheatley claims he's going back towards adapting the book and not Hitch's film that begs the question -- how dykey will KST play it? 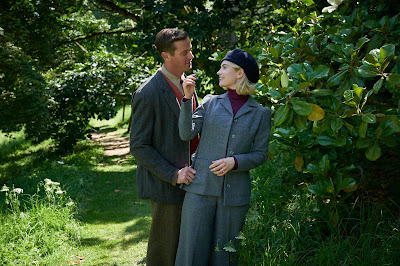 I spent all week shrugging at all of the venom these photos seem to've inspired in people -- let's just wait and see the movie before we rend our hair out, people. Even if Danvers is played straighter KST is just about the best casting imaginable, and I'll fully admit I've come to love Lily James over the past couple of years, quite out of nowhere... 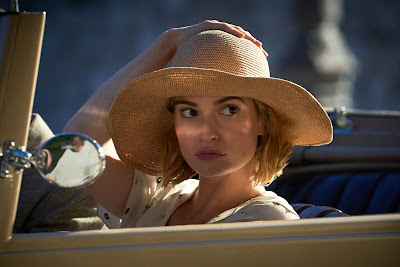 ... I haven't seen either of the Mamma Mia movies, which might in my case be assisting me in being able to like her, but I dug her in Cinderella, in Baby Driver (far more than Ansel), in Darkest Hour (far more than Gary Oldman)... I won't say I liked her more than Jai Courtney in The Exception because Jai Courtney got real naked in The Exception, but they were both good in that underrated movie. Anyway she keeps surprising me. Most of the bitching I've seen about these photos... 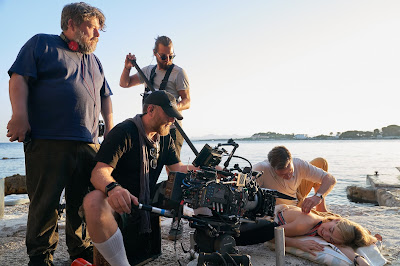 ... is that they look "different." They don't look like Hitch's perfect Gothic encapsulation, the cast doesn't look like the characters y'all had in your heads, yadda yadda yadda. This is a lot of baggage to carry into a movie, y'all. I'm gonna try to go into this open-minded, hoping to be surprised. Wheatley's proven himself an interesting enough film-maker these past several years that I'm willing to give everybody involved that much benefit of the doubt. We already have 1940 Rebecca. Let's see what 2020 Rebecca might be. And then we can stroke our panties if need be.