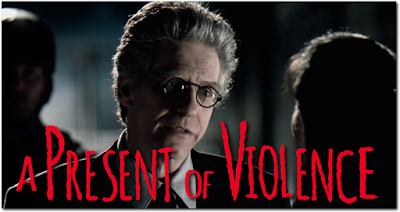 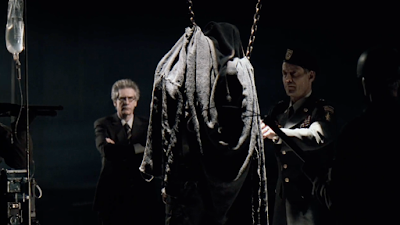 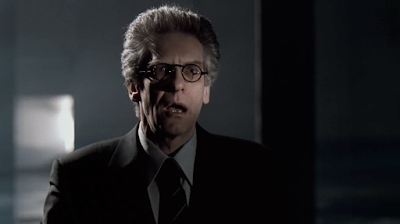 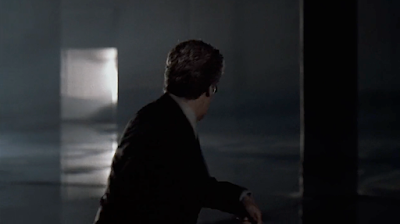 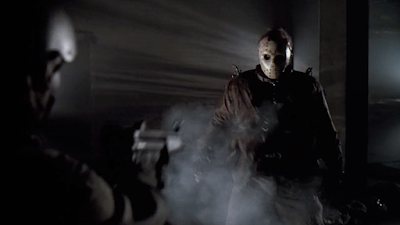 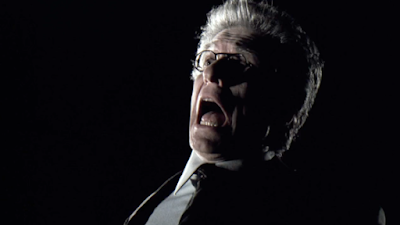 
It's been about ten weeks since we did a proper Ways Not To Die post (while watching Jane Wyman get hit by a car one hundred times might be fun, it's not proper) - with the holidays and all the "spiraling into a political nightmare" stuff I've been distracted. I am still distracted. But it's Friday the 13th and my namesake demands sacrifice, so sacrifice we shall.

And what better sacrifice then DAVID CRONENBERG himself? I wish his death scene was a little more elaborate -- Cronenberg deserves better; he deserves something as good as what John Waters got in that Chucky movie -- but there is some fun to be had from David Cronenberg having something burst through his chest, too. 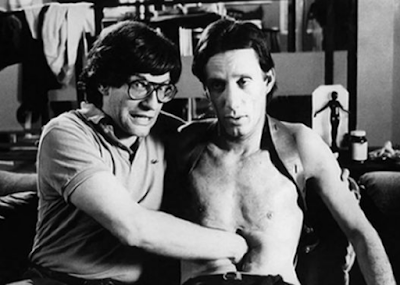 I've said this many times but I like Jason X way more than Jason X deserves - god it's a bad movie, but it really doesn't take itself seriously and it's got some of the series' most creative death scenes, this one excepted. It's certainly better than Jason Takes Manhattan or Jason Goes to Hell or (shudder) the most recent film.

Speaking of you'd think they'd try to announce some news today about the latest Friday film (and I suppose the day's still young so perhaps they will) but the last update I can find is back here; right now Breck Eisner, the director of The Crazies remake (which is pretty good!) and the writer of Denis Villenueve's film Prisoners are attached, and those are positives. Of course Platinum Dunes producer Brad Fuller, who really is the worst, had this to say:

"'We have a great writer. He’s a better writer than we deserve for this franchise."


Dude why are you even making these movies? I mean I know why, it's the same reason Donald Trump became President - ka-ching! ka-ching! - but he clearly hates the whole ordeal and having his name and reputation sullied by them, so I wish he'd just sell the damned thing to somebody who does care and be done with it.

Aaaaaanyway they have dropped the found-footage angle, which most people were annoyed by (personally I don't mind found footage films and I was curious, but not so much that I care that they've dropped it) but they're still obsessed with showing the Voorhees Family (they really want to bring in Jason's father) which is irritating - nobody cares! Just kill some sexy goddamned camp counselors! God it's not rocket science. And as far as I know they're still planning on hauling this thing out in time for this October's Friday the 13th, so they better get going. Cast the whole Voorhees Clan! Just get to it! 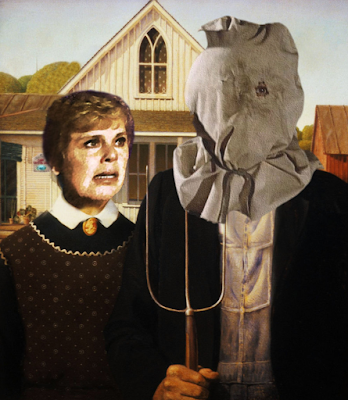