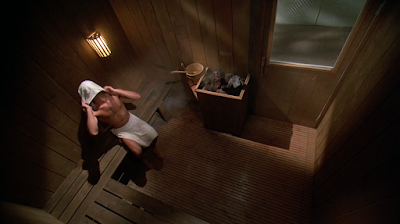 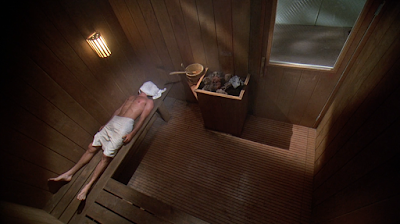 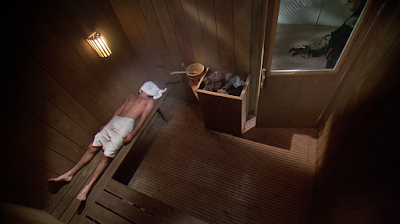 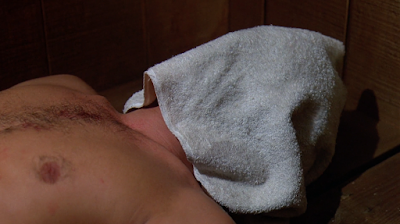 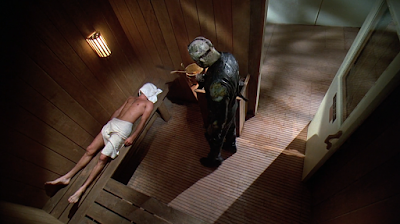 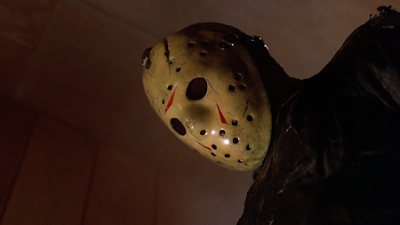 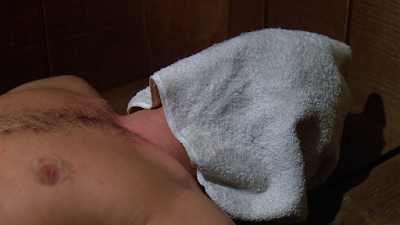 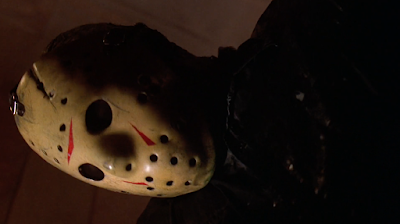 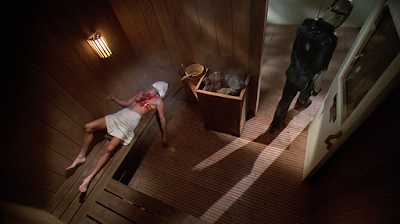 
I love the steam we see coming off of Jason's slippery fist as he pulls it out of the mostly naked man's gaping cavity... Jason always finds a warm hole, even if he has to make it himself. 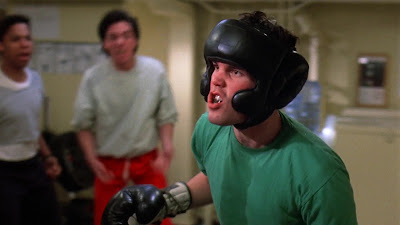 I always remembered this scene as being out of nowhere -- that the dude who gets himself fisted by a strange man in the steam room never takes his head-towel off and is never introduced as a person at all. But my memory's wrong -- we see this dude fighting actual character Julius (Vincent Craig Dupree) a scene earlier. He's only credited as "Other Boxer" but he's played by stunt-man David Jacox, who's still doing stunts today for stuff like Skyscraper and DC's Legends of Tomorrow TV show. (Here's a recent photo.) We stan a legend. 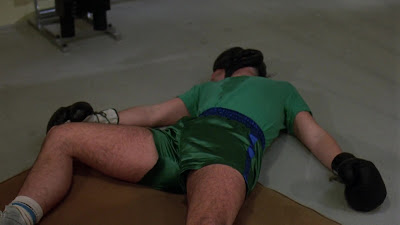 His character's only there to prove that Julius is a good boxer, which will come into play later on as Julius' Only characteristic -- every Disposable Slasher Movie Character has a single characteristic that defines how they will be murdered, of course, and... well I've never done Julius' death scene for this series and I'll probably want to do it some day so I don't want to get too much into depth, but...

... how could I not post that gif? Speaking of legends. Anyway back to the beefcake at hand. I've gone into this before -- see my old "All the Friday Fellas" post" for that -- but the Friday the 13th movies really do have an underrated rep for male exploitation. Just ask my 13-year-old self who found plenty to keep me coming back for me. And now my forty-mumble-something self, looking back at this scene, is kind of in awe at how queer it is. The whole set-up is so cruisy, with Jason leering, and quietly sneaking up on the prostrate nearly naked man....

... having his way with him, and then just sauntering off once he's finished his business. No cuddles for Jason. Always shooting his load and running off. Whither the intimacy, Jason Voorhees? Beware men with Mommy Issues, that's what I always say.