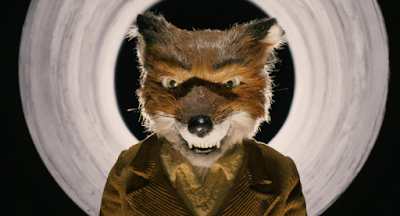 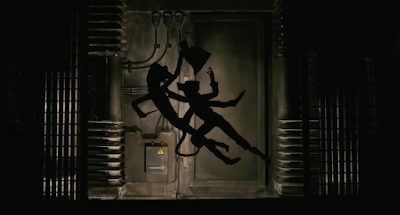 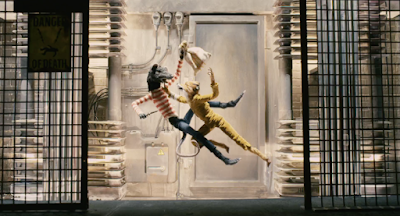 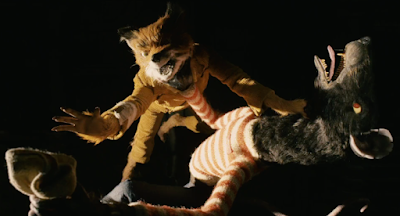 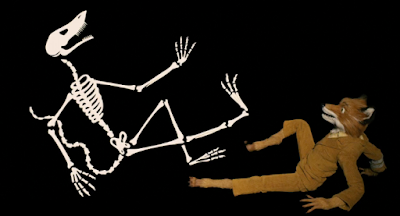 Fantastic Mr. Fox (2009)
As long as I'm hitting up Animated Rats in my "13 Rats of Halloween" series -- yesterday I did a post about Templeton the Paul Lynde Rat in Charlotte's Web -- I might as well hit up my maybe favorite of all Animated Movie Rats (and yes I include you, Ratatouille), the one called "Rat" and voiced by the always best-in-show Willem Dafoe in Wes Anderson's stop-motion masterpiece Fantastic Mr. Fox.

"Y'all are trespassing now. Illegally."

I love everything about Rat. I love his little finger snaps and athletic swings through the cider jars, I love that he calls Meryl Streep's character "the town tart" and "pretty as a mink stole" -- I love his little red-and-white striped sweater and that he seems genuinely dangerous in the way that Wes Anderson movies always surprise you they can be, to even out all the whimsy. I would give anything for a spin-off movie about Rat's younger days... or even just an action figure. Did they make any FMF figures? Oh to own Rat would rule!