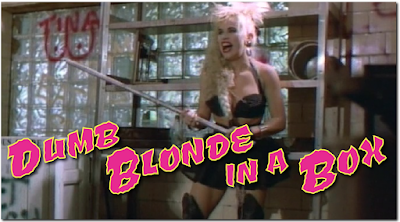 You don't have to tell me twice, lady! That there is Tina, lead singer of Tina and the Tots, a band that hangs out in an abandoned asylum (and in a movie called Doom Asylum that makes this poor planning on part Tina's part I'd wager) to perform what someone at one point calls "music" although they use that word derisively, and that's how I'd use it as well. But against all odds (meaning "the rules of the slasher genre being against her) Tina actually ends up kicking ass... 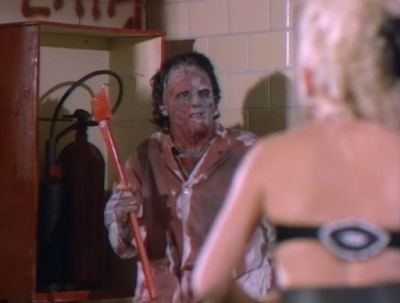 ... and survives until the last act to show up, pipe in hand, ready to kill the bad guy (whose whole schtick is far too nonsensical to bother explaining, don't even ask). Anyway I'm pretty sure Tina is a lesbian too? She gets referred to that way and since everyone in this film has just about one character trait I'm guessing that is hers. Plus Busty Rock Chick, obviously.

But Tina does get to kick the bad guy's ass (temporarily) and save the girl... temporarily, anyway. Unfortunately for Tina I knew she was toast because there was a hotter heterosexual girl hanging around and Doom Asylum is not the movie that's going to end with a lesbian couple ride off into the sunset. It just isn't.

So after Tina righteously kicks the bad guy's butt temporarily, but fairly thoroughly, the movie of course makes her suddenly lose her wits and behave like all the other brain-dead (and by this point literally dead) characters she's spent the whole movie being better than. Literally her last words are... 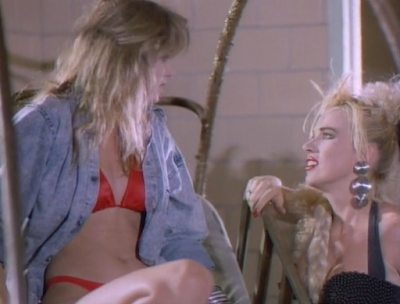 "I never thought I'd be helping a dumb blonde." 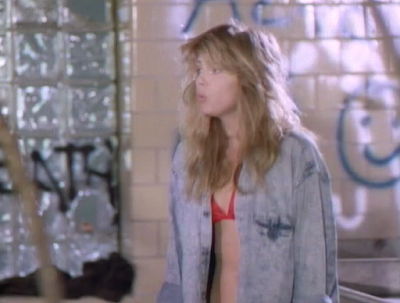 Don't ask me what the machine Tina falls into is supposed to have been manufacturing when working properly - why would an asylum need a series of conveyor belts that pack some unknown substance into cubes? I suppose maybe it was meant to be a trash compactor, but that lever that Tina accidentally bumps into clearly says... 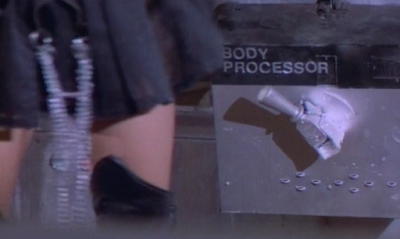 .
Doom Asylum is really fucking terrible, but it knows it's really fucking terrible just nearly enough to be almost kind of clever about it awfulness. Not quite, but almost nearly. Enough that I understand why Arrow just put out a really beautiful blu-ray edition of the film this week, covered with extra special features. I mean it does has Tina and the Tots, after all. 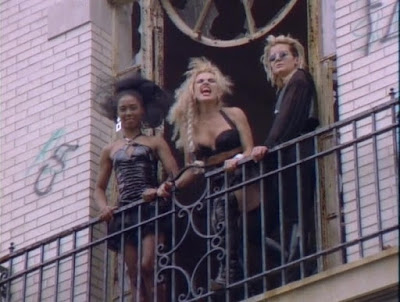 And nothing can be truly unrepentantly terrible with Tina and the Tots around. That's just math. Oh and did I mention that Kristin Davis from Sex and the City (that is to say way more importantly from Melrose Place) is in it...

Things don't go too well for her, though. If Carrie Bradshaw was talking about it she'd have said, "So I asked myself: if Doom is really just Mood backwards, then maybe I'm just in the Doom For Love?" 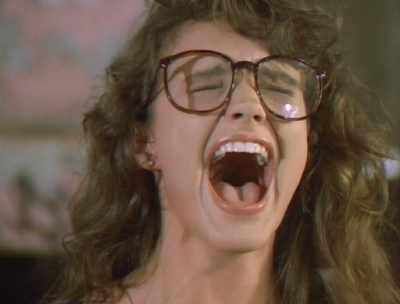