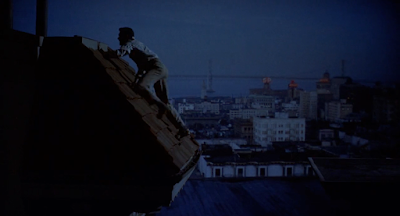 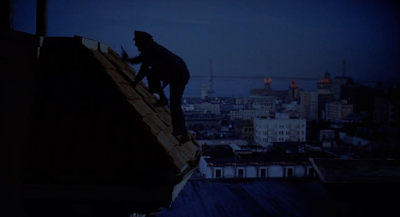 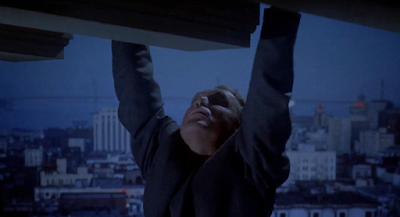 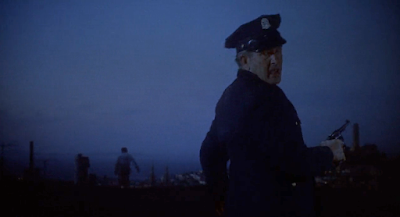 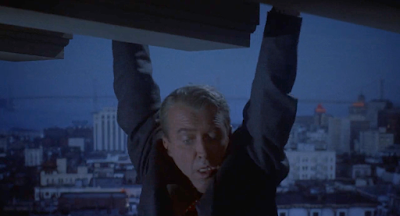 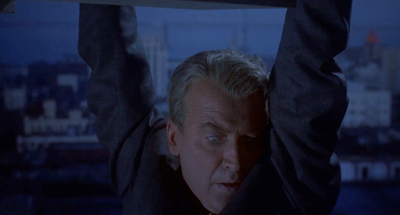 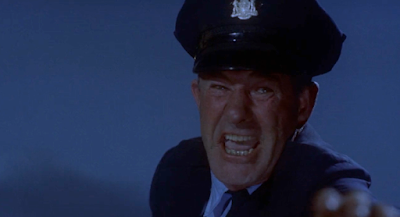 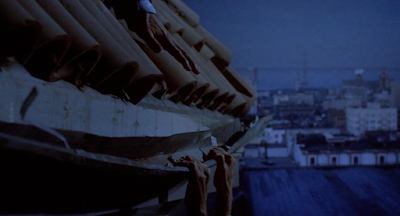 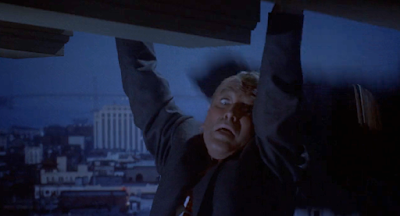 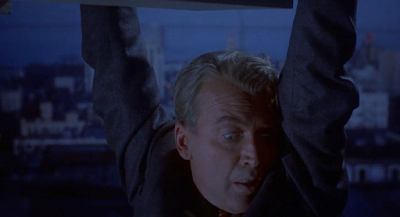 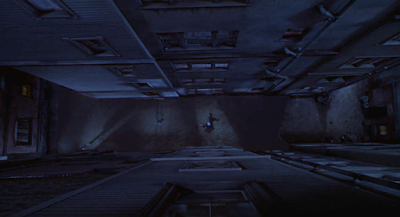 
Is that is or is that ain't one of the greatest opening scenes of all time? (And it's a trick question that I even ask the question, clearly it is, so don't bother answering.) That poor nice policeman. I've seen this movie enough times (read: countless) that I've often wondered about the back-story here even though Hitch leaves it nothing but MacGuffins and unimportant - who was the guy they were chasing? Did he ever get caught? I should probably stop asking these questions lest I give a producer the idea for a Vertigo prequel television series or something. But still... 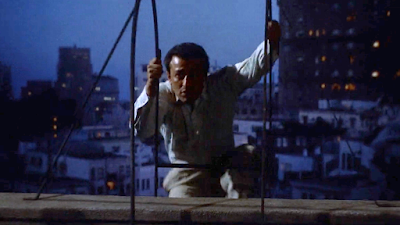 ... that's the dude (with some lightening of the image - this is a dark scene) and I can't help but wonder. He looks so preppy! Actually what with the roof-top setting what he looks like is someone straight out of West Side Story. 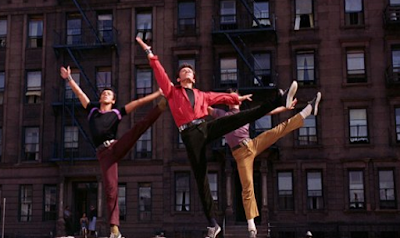 Anyway I remember studying this scene in one of my film classes in college where we were talking about Hitch's use of vertical and horizontal lines and how smart he is about segmenting his screens - the opening shot of this movie... following the free-flowing and swirling geometric patterns designed by Saul Bass, of course...

... is of a vertical line slicing the screen in half,
which immediately reveals itself to be the rung of a ladder.

I mean immediately, from second one, Hitchcock has got you subconsciously thinking about the deceptive nature of a straight line - of how going from the left side of the screen to the right side of the screen, from Point A to Point B, is merely a bridge dangling above an abyss. And yes that's surely some film student speak that Hitch himself would scoff at, but I stand by it. Dude maybe knew what he was doing! 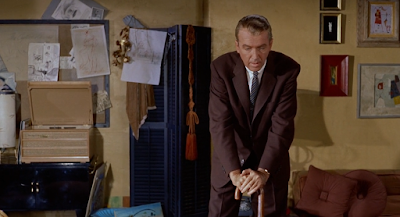 Anyway tomorrow is the 108th anniversary of the birth of Jimmy Stewart, so maybe watch Vertigo tonight or over the weekend in his honor. Besides seeing his best performance in what critics have agreed is The Greatest Movie Ever Made, you can keep your eyes peeled for Hitch's disorienting use of verticals vs horizontals... 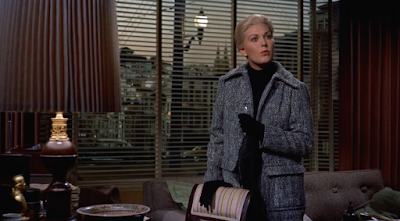 It's also marvelous to look at his use of color in this film, particularly greens and reds.