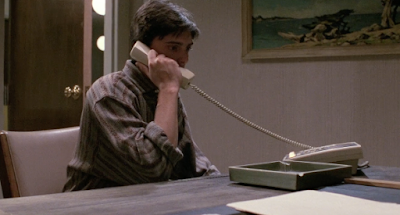 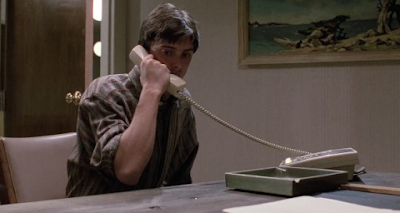 The 1988 remake of The Blob isn't usually spoken of in the same breath as Alfred Hitchcock's Psycho, not by those gatekeepers and taste-makers of what's "right" and you know, "sane,"or whatever. But here I am and I'm gonna do it! But I'm gonna do it after the jump so come along...
. 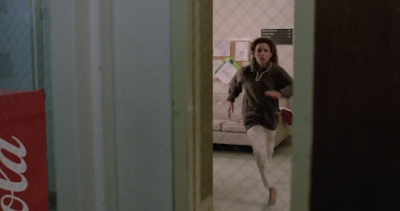 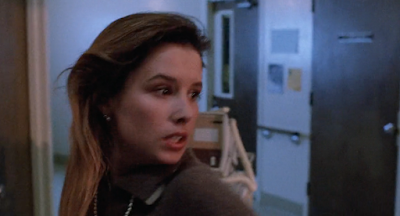 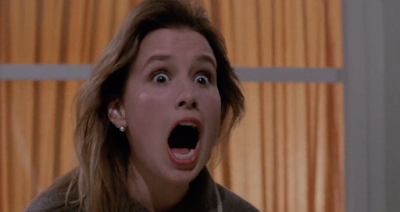 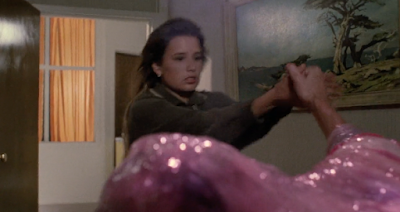 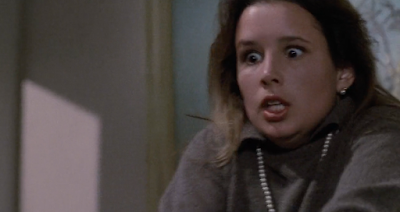 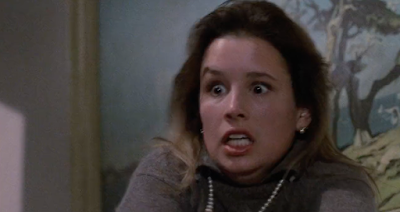 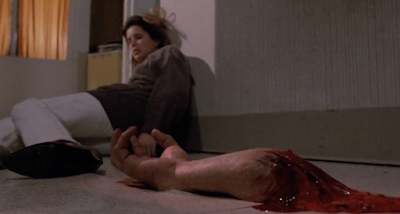 
I took the bulk of this post after the jump because that's a pretty goddamned gnarly kill scene, right? Director Chuck Russell made this movie right after he made A Nightmare on Elm Street 3: Dream Warriors (which is a terrifically fun Nightmare sequel, one of the best) and it has that same sense of practical-effects gore-hounds working behind the scenes to totally disgust our sensibilities -- truth be told I saw this movie for the first time when I hated gore and it absolutely traumatized me.

It's true -- once upon a time I thought Horror should (and here I will affect an upper-crust Grey Poupon socialite accent) only be classy shit, only vibe on atmosphere and suspense. Think something like The Innocents. Thankfully I got over that -- I mean I still love The Innocents, I'm not crazy, but there's room for all kinds of Horror Movies. And the further we've gotten away from these old-fashioned practical effects the more affection I've grown for them -- nobody takes this sort of time and care with CG. This goopy nightmare fuel has a tactile substance to it -- the light swinging back and forth overhead, the shimmer and grain of the blob's material -- that CG still can't match.

Anyway to bring this around to what I said up top -- The Blob, for all its B-movie bad-acting and over-the-top-of-the-top gore, does actually have something in common with the classiest of the class acts, Sir Alfred Hitchcock -- specifically his movie Psycho. Which okay admittedly Psycho is Hitch at his delicious B-movie trashiest, so this isn't the same stretch it might be if I was saying The Blob reminded me of To Catch a Thief.

Psycho is probably most famous for killing its heroine Marion Crane (Janet Leigh) a third of the way into the film. We follow Marion for a long time, we settle into her being our main character, and then blam, shower scene, she's bleeding out on the bathroom floor. And The Blob does something similar and nearly as surprising, narratively speaking, which I showcased up top -- The Blob kills its handsome leading man (played by 80s hipster Donovan Leitch), its tentative hero to be, right up front! 25 minutes in! He's basically the Steve McQueen character from the original film, but here the leading lady yanks his arm off while his face dissolves in a swirling pink gunk. It's a lot all at once, yo!

And that's not the only moment in The Blob '88 that comes off Hitchcockian -- there's an honest-to-blob Hitchcock shout-out with the terrific scene at the diner where the waitress (a really swell lady who gets a really gruesome death) who gets trapped inside of a phone-booth as the Blob attacks from the outside. The Birds, anyone?

That is to say that that scene, like several in this movie -- the one in the movie theater, my god! -- is proof there's more to this pink pudding than initially meets the eye. Lots more. Gooey gummy goopy lots. Anyway I totally love Blob '88. How about you? Well? Why so quiet? Blob got yer tongue?

I saw it on the big screen. It broke are really big taboo when the Blob gets one of the little kids.

You've really put your finger on the reason that CGI horror movies have bugged me since around the time of AMERICAN WEREWOLF IN PARIS: there's something, as you said, TACTILE about the effects in movies like FRIGHT NIGHT and the original AMERICAN WEREWOLF, not to mention THE HOWLING.

This one freaked me out as a kid too and I WAS a gorehound. It's the thought of being slowly dissolved in living, slimy acid. It's got to be one of the most agonizing deaths in horror cinema.