Today is the 79th birthday of the writer-director Paul Morrissey, whose great contributions to cinema have entirely been swallowed up by his producer, a certain somebody or other named Andy Warhol. (Andy even had the indecency to steal February 22nd from Paul -- Andy died on this day thirty years ago, in 1987.) 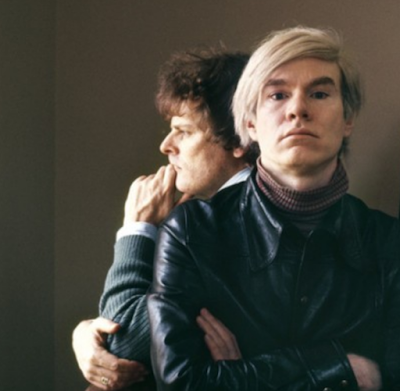 Morrissey gave us Flesh, Trash, Heat, Blood For Dracula & this here Frankenstein movie, among others (not to mention creating the Velvet Underground) yet most people seem to think of them (if they think of them at all) as Warhol's movies - pretty sure I've been listening to Paul rightfully bitch about that state of affairs all my life. Poor thing. But hey Paul, listen: if your consolation prize is "you spent years aiming your camera at the bare ass of Joe Dallesandro," you don't get to complain, okay?

Who we should really feel sorry for is poor Sacha (Srdjan Zelenovic) -- his only crime was wanting a piece of that, and instead all he gets is the business end of Udo Kier's shears. (Note to anyone listening: "Udo Kier's Shears" = great band name.) But these movies are always such frustrating gay teases - lots of leering but no follow-through.

FUN FACT: the special effects in this movie, including poor Sacha's brutal silly decapitation, were created special-effects legend Carlo Rambaldi, who besides splashing cheap blood and guts all over a bunch of wonderful Italian giallo like Deep Red, A Bay of Blood and A Lizard in a Woman's Skin also designed E.T. for Steven Spielberg (not to mention the aliens in Close Encounters), the space worms for David Lynch in Dune, and the little alien baby that pops out of John Hurt in Ridley Scott's Alien! 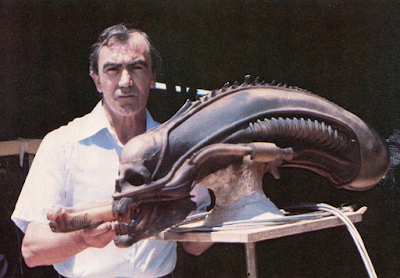 So when you're laughing at that shot of Sacha's head popping
off like a champagne cork with a face slapped on it
think about where that shit was heading. Movie magic! 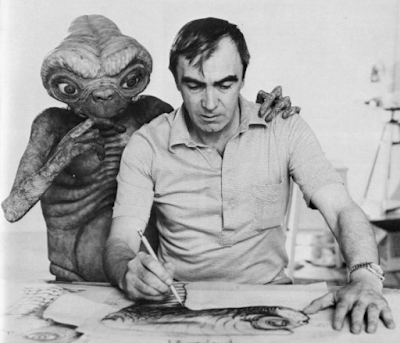 I'm very sorry to be pedantic but Rambaldi did the mechanisms for the full size alien head only. The chestburster and facehugger were quite basic puppets built by Roger Dicken who'd made the dinosaurs for The Land That Time Forgot and Warlords of Atlantis. He also didn't get along with HR Giger having tactlessly informed him that he thought his designs were "repulsive abortions". He'd been going to built the full size alien as well originally but quit after his initial suit was poorly received by the executives.

No please your facts are more than welcome! I was going off of what Wikipedia said, but I love these specific details more than LIFE ITSELF. I thought it was weird that the only pictures I could find of Rambaldi were with the full-size Alien - now I know better! Thank you, Anon!

OMG! I saw this movie when I was in college. It had been titled Andy Warhol's Frankenstein, and I went because it was the first Warhol I ever saw. I'd forgotten about just about everything, except for a line about understanding life by fucking life in the gall bladder. Later I saw a few more of his, like the rather stupid Women In Revolt and Vinyl, which was introduced by Ondine and I rather liked. I don't think I need to see this Frankenstein again.

Back in 1982, when I was 15 years old, 3D had a brief renaissance, during which "Flesh For Frankenstein" was re-released locally here in Los Angeles. It was my very first 3D movie, and no other 3D movie experience has come close to matching it since.