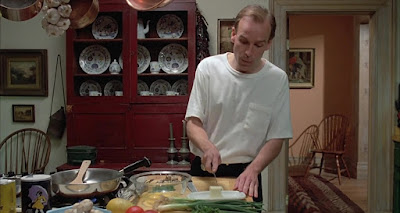 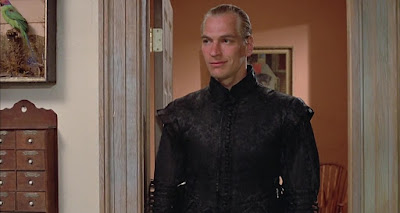 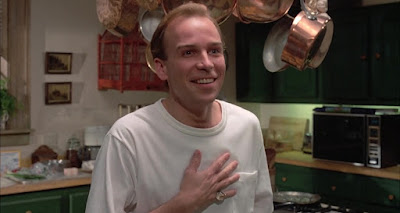 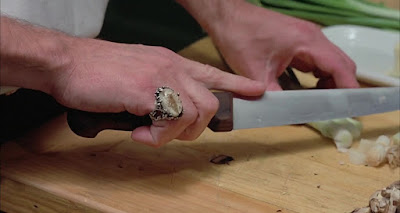 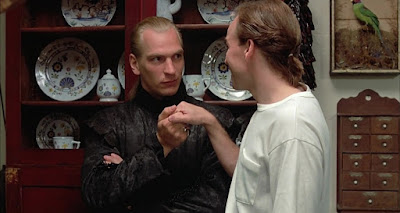 To the person who recommended I watch Julian Sands in the 1989 flick Warlock during quarantine I would just like to say... uhh, thanks I guess? I mean it was fine, it has its moments, but like most things I watched while in actual lockdown last spring / summer (before I was going back into my office) it's a bit of a blur now, I have to admit. Of course this scene here at least certainly stands the test of pandemic distraction. But I'm now ahead of myself. The rest of this scene here is right on after the jump... 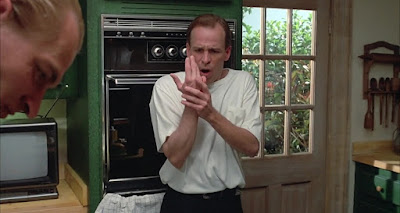 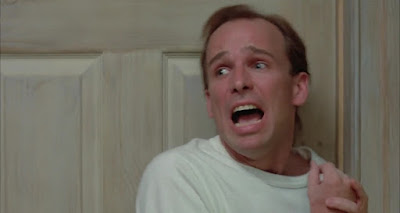 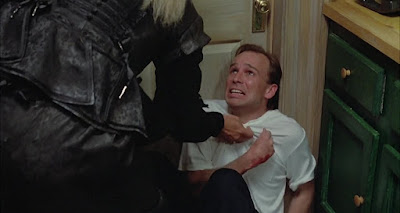 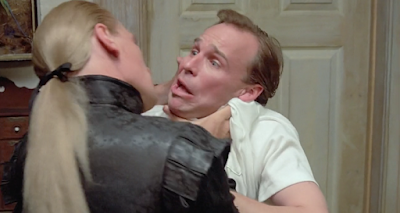 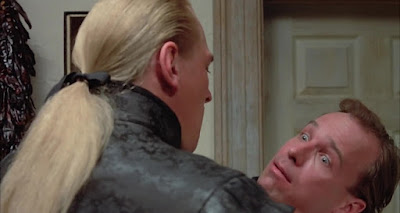 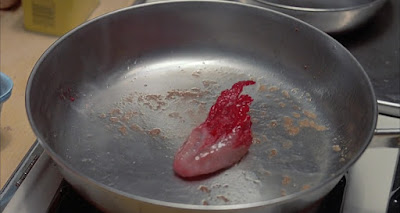 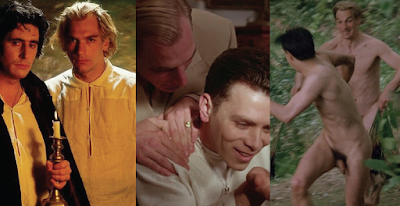 The tongue-spitting scene comes within the first twenty minutes of the film and then that's about it for my sweet sweet gay Julian Sands action -- the rest of the movie (by my admittedly hazy recollection) just has him and Richard E. Grant being all sassy while Lori Singer turns into a hag and okay maybe writing that out it sounds super gay but it doesn't really play as gay as that sounds, okay? 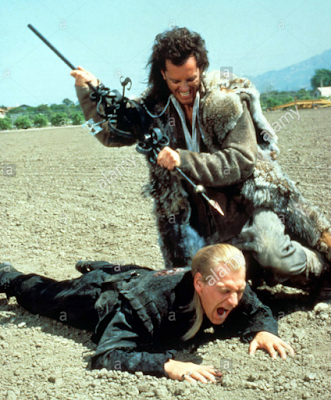