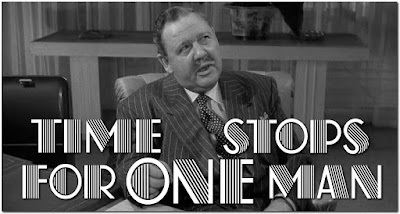 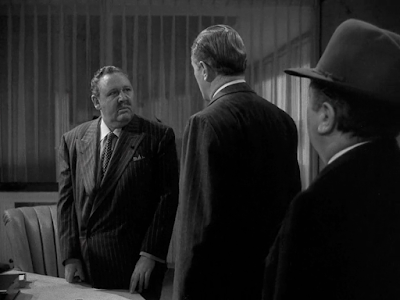 Yesterday I listed four terrific movies I watched this past weekend that TCM host Robert Osborne had recommended, and among them was The Big Clock, a 1948 thriller starring Ray Milland as an investigative reporter trying to prove his own innocence of the crime he's concurrently being forced to investigate by his boss, played by Charles "Chuck" Laughton.

The movie's fab and I recommend you all watch it as soon as you get the chance - it is available to rent on Amazon for a couple bucks! Anyway I am a little reluctant to spoil its finale if you haven't seen it, which this post will do, so I am going to take the rest of this post after the jump. Come along if you have already seen the film or if you just don't care about spoilers... 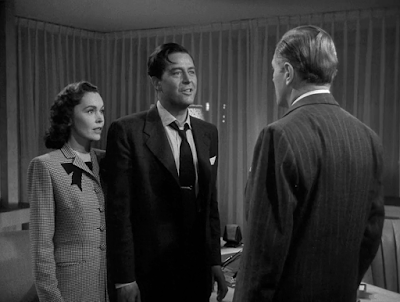 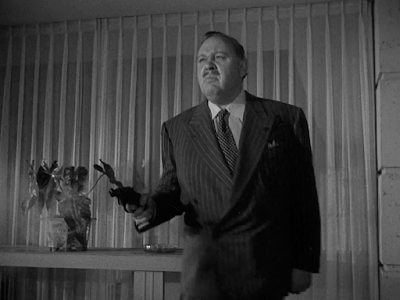 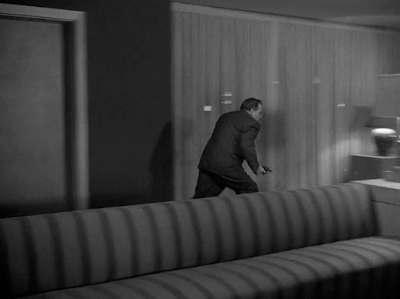 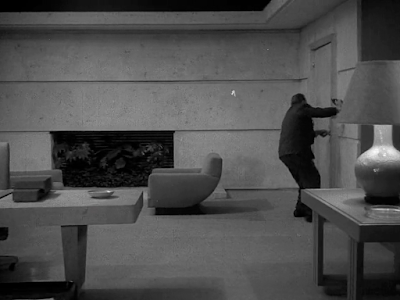 So of course Charles Laughton's the killer - this isn't actually a surprise; we know he's the killer for the entire run-time of the film. It's just a matter of Milland figuring it out and outsmarting him. Anyway even without knowing anything you can usually just guess "Charles Laughton" when asked who the bad guy is in a Charles Laughton movie and you'll be right more often than wrong.

But as obvious as all this is this scene still tickled me to no end. I rewound it over and over and over again. There's just something so wonderfully goofy about the sight of Laughton holding that gun and scampering through that pristine mid-century office set only to pull a full Rosalind Shay... 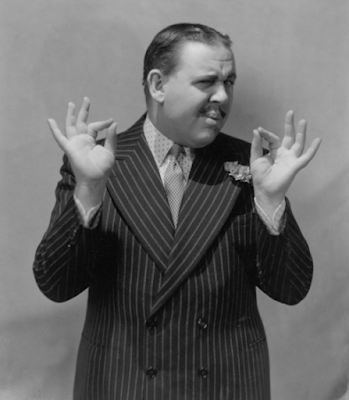