I have been re-watching all of the so-called "MonsterVerse" movies this past week in anticipation of next week's big drop Godzilla vs. Kong on HBO Max (and theaters or whatever) -- I lazily half-live-tweeted the experience over here at this link, if you'd like to read my random thoughts divorced from your own experience. But then you're here, so clearly you love that! Anyway the only one I'd say that truly holds up is the above movie, which doesn't take itself nearly as seriously or get as muddled down in back-story as the others do -- Gareth Edwards' 2014 Godzilla, even though very pretty, was much worse than I remembered, and not just because it steadfastly refuses to ogle Aaron Taylor-Johnson like Aaron Taylor-Johnson demands to be ogled. 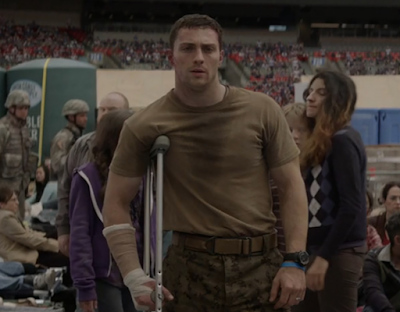 That said the true disappointment remains Michael Dougherty's Godzilla: King of the Monsters, which is jam-packed with kaiju striking killer poses but inert and monotonous, hitting the same note over and over and over and over while giving us very little reason to care. This makes me sad, it makes me want to post the Tyra Banks "We were all rooting for you!" gif, because I love Dougherty's two little seasonal horror flicks Trick r' Treat and Krampus -- I imagine this was just a case of too many cooks in the kitchen; it's got to be impossible to maneuver things like quirk and personality through these many corporate gears.

I don't know what this means for The Guest and You're Next director Adam Wingard's turn in the director's seat with the new one -- I would assume more of the same. I'm seeing it tomorrow, so I'll find out tomorrow I guess! Tonight in further preparation I am going to watch original-Gojira-director Ishirô Honda's King Kong vs. Godzilla from 1963, which is part of Criterion's glorious Godzilla boxed-set (sidenote: that set is going crazy cheap on Amazon right now) and which, gasp, I have never seen! I have heard it is bad! But how bad can it be...

... when that happens? And if they don't re-enact that moment
in the new movie then what is cinema even good for?

I watched the original Godzilla film from the early 50’s. I was surprised how creepy it was. Very effective despite the crudely animated monster.

These are just supposed to be fun. I enjoy them.
There are two GREAT films, the original, uncut, 1954, ‘Godzilla,’ and the 2016, ‘Shin Godzilla.’
Both are very political as well as entertaining. ‘Shin’ is particularly creepy.

That recent Godzilla was bad. It tried to bring a more human feel to it but just failed miserably. Stop trying to be a human drama you can’t pull it off just being dumb fun. The sequel was a bit more enjoyable because it didn’t try so hard.