The show called Ted Lasso on Apple+ that stars a boisterously moustached Jason Sudeikis is yet another show of the many many shows that have slipped between the cracks for me, so we have a reader to thank for alerting me to this scene from the show's fifth episode, which spends some morning time with the actor Phil Dunster in his itty bitty black briefs. Speaking of slipping through the cracks, am I right?

I am right. Do any of you watch the show? I have heard good things but they are things I hadn't paid much attention to, I will admit -- I honestly didn't even know it was a show about soccer players until this morning, as I made these gifs and discovered that there are also lots of locker-room scenes on the show as well? Should I be watching Ted Lasso? I should, shouldn't I?

Now as for Phil Dunster I didn't recognize his name at first blush but soon discovered he has been mentioned here on MNPP before -- he's the random dude that Julian Morris fucks... excuse me, has enthusiastic homosexual intercourse with... in that half of the miniseries Man in an Orange Shirt, covered thoroughly and I do mean thoroughly right here. And that scene just managed to get hotter, now that we're more familiar with Mr. Dunster. Speaking of... let's all get more familiar with Mr. Dunster after the jump... 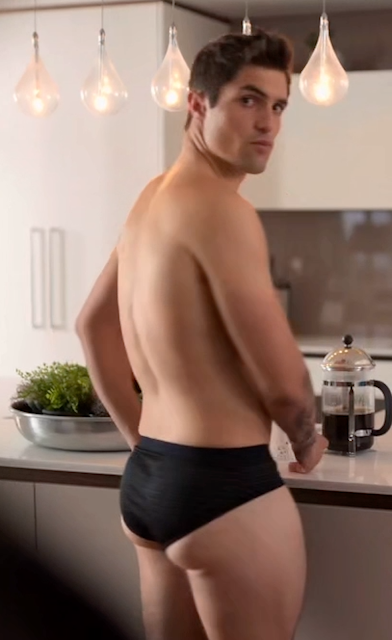 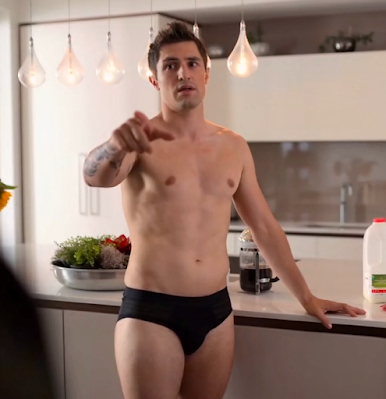 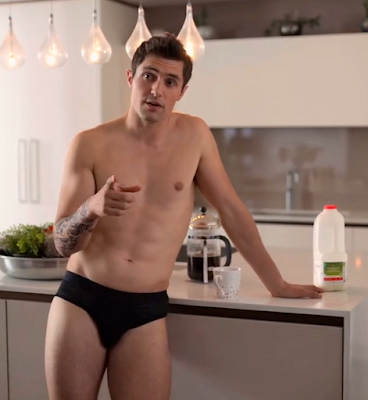 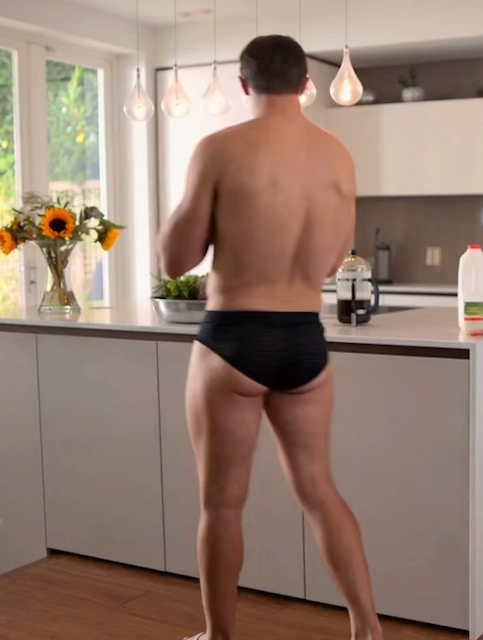 Who? Jason Adams When? 10:19 AM
Labels: Anatomy IN a Scene, gratuitous, Jason Sudeikis, Julian Morris

It's a very cute, heart-warming show. As for the guys, I actually prefer Brett Goldstein's furry chest

Lasso is a quick binge, surprisingly sweet show. If you like Sudeikis, you'll enjoy it. The female owner of the team is the 'shame' nun from Game of Thrones.

I actually do really like Jason Sudeikis, but I always forget that I do -- like he's even got a tag here on the site! I should give him more love, especially since Harry Styles stole his woman and all

While I never heard of that show (and I dislike Jason), I don't mind these GIFs! 😜

It's a rwally good show. Can't believe I had passed it over for so long.

Yay! I'm the reader who mentioned this! Although I have to say I find those briefs incredibly unflattering. I feel like the costumer designer really let him down here.

Anyway, the show is fantastic. So funny but so full of heart. And I have no interest in sports so for me to love it really says something.

It's like Leslie Nope leads a soccer team, if that's your thing. (So good!)

I'm so glad I found this post and the link to that sex scene. I'm just. Brimming with joy. Lil Jamie Tartt gettin' some.