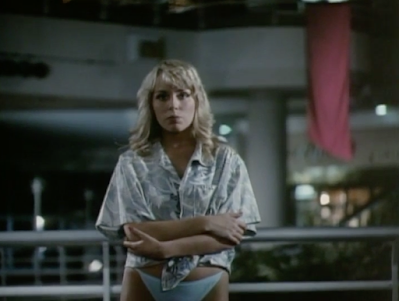 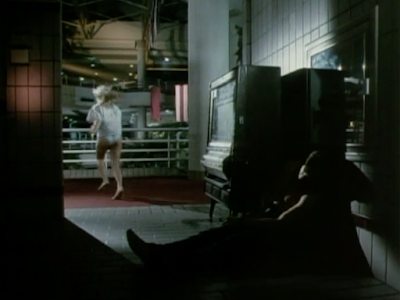 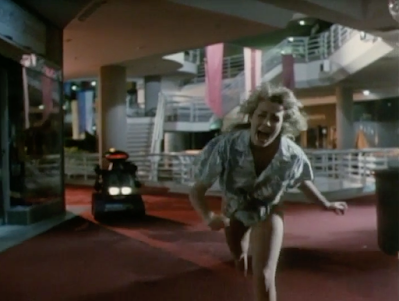 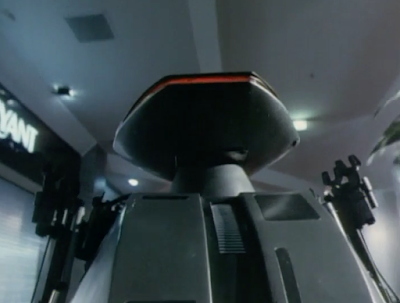 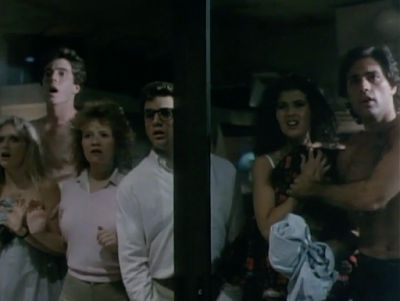 Chopping Mall (1986)
I really thought I had already done this death scene for my "Ways Not To Die" series but after a random check last night -- I was reminded of this movie after writing about Barbara Crampton for this week's "Horror Actressing" post over at The Film Experience -- I discovered that I had not, not before today that is. Maybe I was confusing it with the scene where Anne Ramsey gets her head exploded by a basketball...

... in Wes Craven's movie Deadly Friend, which I have posted about? And as long as we're talking "scenes where someone's head explodes in 1980s movies" we might as well talk about Scanners too...

Then again 2020 can't be considered "all bad" because Chopping Mall of all things does exist on a super-fancy blu-ray now, which is so delightfully improbable it, well, blows my lid. I really should upgrade my copy. I only saw CM for the first time within the past five years, and I had no idea until I sat down to watch it that it was about Killer Robots. I always thought it was a regular old slasher movie, just one with a mall setting. The poster's phenomenal but... 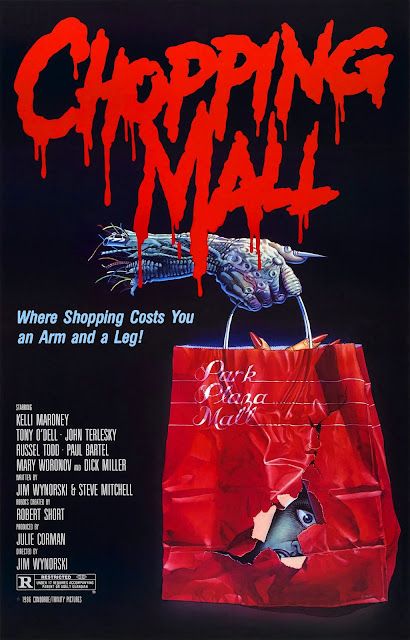 ... nevertheless doesn't really make that crystal clear. That arm you see is more of a bad-ass cyborg than it is one of these jacked-up "Paulie's Robot From Rocky 4" creations. But what a delightful surprise! Also a delight...

... is actor John Terlesky playing the film's leading bo-hunk "Mike" who gets killed right before his girlfriend gets her top popped up top... and now I remember why I haven't done this movie for this series before! It's because "doing this movie" meant I'd have to "gif all of John Terlesky's shirtless scene" and that was going to take forever. Oh well. Worth it!

we didn't like spree. it's cheap badly acted and dumb. the only good thing about it is frankie grande getting eaten alive by a junkyard dog.

Was there ever a more 80's hunk than Terlesky?

John Terlesky was such a hottie in this movie, but more so in Deathstalker II and The Allnighter. I always enjoyed watching him! However, he did his best work behind the camera, directing and writing for television.

What juicy heads. Like when they make things burst in candy commercials to trigger your tastebuds, only with the opposite effect.