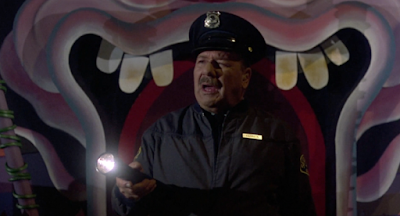 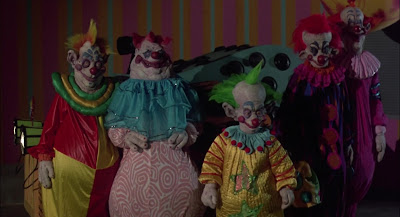 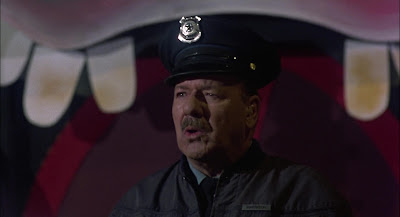 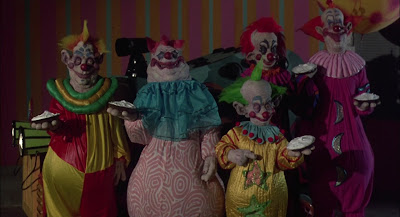 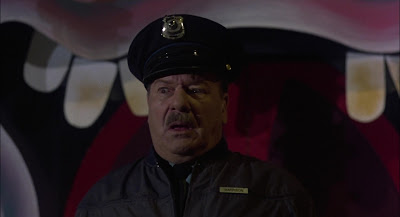 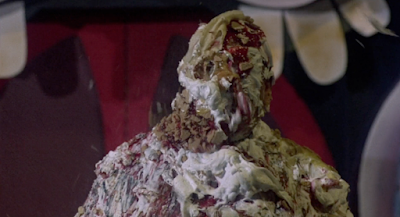 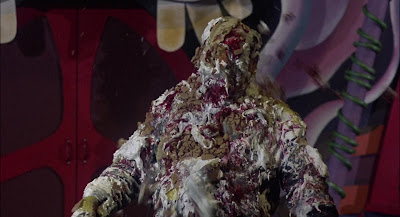 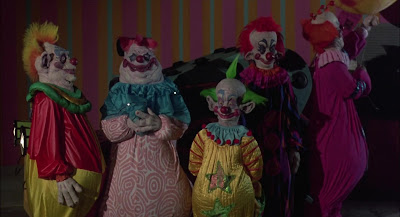 May 27th will mark the 30th anniversary of this delightfully ridiculous piece of movie magic, and just in time for the anniversary Arrow Video's put out a kick-ass blu-ray of it - if you're a fan I can't recommend it more highly. I went wading through the special features on this sucker over the weekend and besides the gorgeous 4K restoration of the film itself there are more extras crammed onto this disc than Killer Klowns fit inside their Killer Kar.
.

These two seem like they’re about to make out at any given moment in KILLER KLOWNS FROM OUTER SPACE pic.twitter.com/XlBePunNei
— Jason Adams (@JAMNPP) May 5, 2018


In all seriousness though... 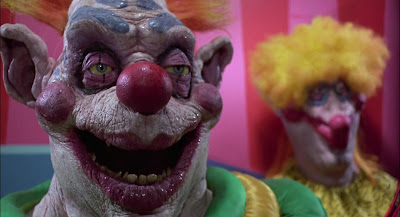 They showed this on Comet this morning!

Lubitsch produced and directed the film version of Design for Living, but the "subversive" elements are Noël Coward's baby all the way.

I've always been immune to the famous "Lubitsch touch", which just seemed to add a ton of saccharin to what were usually simple-minded scenarios. He gives me a toothache.

...Although I would like to see what he could have done with a remake of Killer Klowns From Outer Space. For one thing, he'd probably move the action to 19th century Budapest and given the cop's role to S. Z. Sakall.

Ernest Lubitsch also did Ninotchka with Greta Garbo; the brilliant To Be or Not To Be with Carol Lombard and Jack Benny and a comedy treasure, Tovarich, starring Claudette Colbert and Charles Boyer!

I love this movie!!!

hey jason adams @ jamnnpp i just realized in your profile pic you look like the portly orange haired archaeologist guy in penny dreadful with the wax mustache. you go girl!

I wish! He had panache! I'm just a pasty sad imitation.