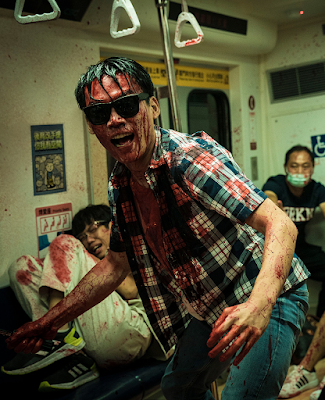 I do wish that I had ultimately gotten around to reviewing more movies out of the Fantasia Film Festival this year. The fest just ended last night (here are the movies that won awards at the fest) and I saw 26 movies total across its glorious 3-week span but I only ended up reviewing 6 of those. Here are links to those:

All the Moons -- reviewed here

Okay that said as documented in my preview of the fest (right here) there were a dozen or so of the anticipated titles -- things like The Feast and The Night House and Cryptozoo and Alien on Stage -- that I had already seen and reviewed before Fantasia. There's plenty of coverage in that sense. But I wish I'd covered more than a quarter of the new stuff, especially since I saw some great movies that I didn't get to. So in order to make it up to a few of those titles, here's a choice selection of the best of the rest!

Tombs of the Blind Dead -- This might be a little bit of a cheat since it's an old film but I feel hella stupid, having never seen any of the Blind Dead movies now that I saw the first one. It was so much fun! Slo-mo Knights Templar zombies! On horses! It creeped me the hell out and I absolutely loved it and once I have a minute to myself I plan on watching the other four films in the series. Very happy that Synapse Films did this restoration, and I hope they do the rest!

Mad God -- When I realized I wasn't going to be getting around to writing up my thoughts on this absolutely brilliant stop-motion animation from the legendary Phil Tippet I made sure to quick tweet out my opinion...

... because this movie's too important not to spread the word on. Tippet has been working on it for three decades and it shows -- it's staggering achievement, and I loved every psychotic frame of it. I never use the word "masterpiece" when talking about brand new things but you gotta make exceptions when something like this comes along. (I'm using the fact that he's been working on it for three decades as my excuse to cheat at my own rule re: that word.) 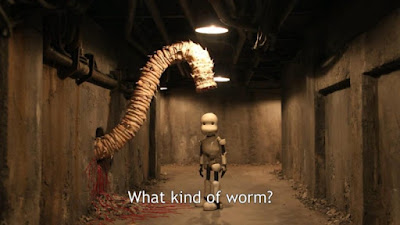 Junk Head -- This movie is so close in themes and execution to Mad God that you'd think it might be weird to program the both of them into a single fest, but I thought they compliment each other well actually -- Junk Head is still plenty weird and special on its own but it's more linear in its telling than Tippet's total fever dream. They could exist in the same stop-motion universe -- Mad God could be the nightmare one of the nightmare Junk Head creatures is having.

Martyrs Lane -- A lovely and dare-I-say haunting little British ghost tale with a couple of fine child performances anchoring the thing. If you know how much I worship Bernard Rose's 1988 masterpiece Paperhouse then you'll understand what a high compliment I'm giving this when I say it reminded me of Paperhouse. Also from that same year of 1988 it's reminiscent of The Lady in White -- any fans of that film? If you know those two then you'll get the vibe this thing has, which is low-key and sad, aka exactly how a good ghost story should feel. Y'all won't have to wait too long for this -- it's hitting Shudder on September 9th! Here's the trailer:

Hellbender -- I know a lot of people loved The Deeper You Dig, the first homemade treat from the Adams Family cast of players (consisting of writer-director John Adams, his co-directing and actress wife Toby Poser, and their two actor daughters Zelda and Lulu) -- I didn't, and I thought this effort was a step up for them. It's just a great witch movie with a killer spin on the modern feminist point of view of witchery -- it feels like a logical step in how these stories are told, post-Suspiria and The Witch and Hagazussa and all them gems. I'd love to hear the Gaylords of Darkness do an episode of their podcast on this flick, which is the highest compliment I can pay anything. 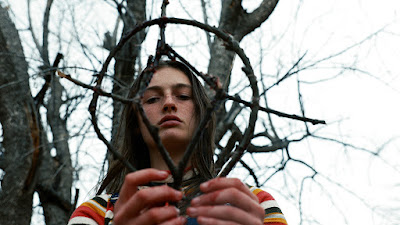 You mentioned to of my most favorite under seen, under appreciated, yet wonderful films. And love the score to Paperhouse. The other is Lady In White. I have always thought there should be a Blu-Ray of Paperhouse.