It's That Sweet Fantasia Time Yet Again!

Hard to believe it's already the start of August, right? On the one hand I'm happy about that because I wish nothing more than the total and complete annihilation of the summer season every year, and August, while wretched, is at least the ass-end of it. On the other hand I'm sad that time's flying by because death, sweet death, is hurtling forward. But on the third hand I'm thrilled it's August because August every year means it's time for the grand Fantasia International Film Festival!

Based out of Montreal (and celebrating its 25th edition here in 2021) we here at MNPP have been covering the fest for four years now from a distance -- maybe one year I'll attend in person, I've always wanted to see Montreal, but 2021 is obviously not the one. But I always see several surprising and wonderful genre films thanks to them every year; they do ace stuff. This year's festival begins this Thursday August 5th, and runs for three whole weeks, until the 25th -- you can check their full line-up at this link, but it's a whole lot and so I'm going to highlight some stuff for you. Because you're here and you trust my opinion, right? (That was your first mistake.)

The Night House -- I'm supposed to see this later this month as it's out in actual theaters on August 20th, but this chiller starring the ever-great Rebecca Hall has gotten a lot of great notices since it premiered at Sundance way back in 2020. Rebecca Hall! Yes, please.

Alien on Stage -- I already saw this tremendously entertaining documentary earlier this year at SXSW and I reviewed it right here -- a chest-burstingly feel-good crowd-pleaser if ever there was one it tells the story of a group of small-town Brits who decide to adapt Ridley Scott's classic horror flick Alien for the stage and whose sudden viral success far outpaces their modest means. I adore this movie.

Strawberry Mansion -- I saw this at Sundance (reviewed it right here) and it won't be everybody's cuppa - it's hella quirky in that Michel Gondry sort of lo-fi way - but I found its endlessly delightful and weird in ways I still haven't gotten out of my head. 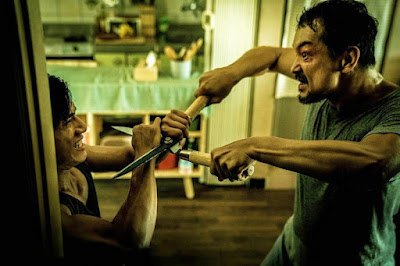 The Sadness -- I don't recall Fantasia ever slapping trigger warnings on their horror flicks before, but this Taiwanese zombie flick comes with several and that's good enough for me! You can't trigger the already dead inside! (In all seriousness this movie is deeply fucked up -- more to come soon.)

Great Yokai War Guardians -- It's Takashi Miike! Of course I wanna see this one! The Closing Night film, this is the sequel to Miike's 2006 flick about adorable war demons and the kiddies who love them -- I haven't seen the original one since 2006 and should probably revisit it before diving in here, I guess. But assume craziness.

We're All Going to the World's Fair -- Another one I saw at Sundance, but I never got around to reviewing it -- that's not due to it being anything less than fascinating though, and I haven't stopped thinking about this one all year. And it's got a terrific lead performance from newcomer Anna Cobb, who's already been scooped up to co-star in Luca Guadagnino's new flick with Timmy! 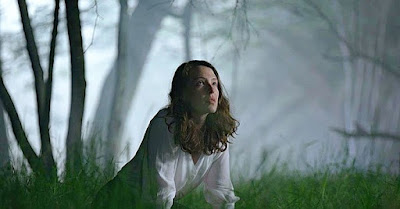 The Feast -- Another super super duper movie I saw at SXSW, I reviewed the deeply dark horror flick The Feast right here. Here's a whiff of what Is aid about it at the time:

"... an unsettling and hypnotic little parable about the haves and the have-nots and what one will do to the other and the other right back to have what they had, want, and rightly or un-rightly demand. It's brim with weirdos and secrets bubbling up from beneath the black surface and the diseases of cordoned-off eccentricities left to rot and fester in their own heady stew, delicious au jus..."

Beyond the Infinite Two Minutes -- A clever and quirky time-travel comedy from Japan where the characters get trapped in a two-minute-ahead time-loop of sorts. This is great brain-teasing fun.

The Last Thing Mary Saw -- A period horror flick that stars Isabelle Fuhrman and Rory Culkin; they had me at Fuhrmann! 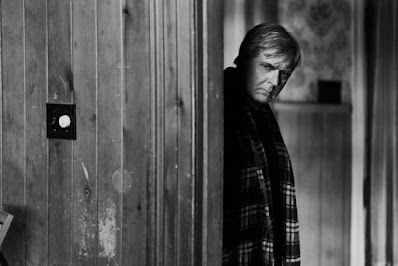 The Righteous -- I'll just admit up front that I want to see this one entirely based on the fact that I have a desperate crush on its writer-director-star Mark O'Brien (see why here), who you oughta recognize from the show Halt & Catch Fire or the horror flick Ready or Not. But sometimes crushes are enough! They lead us into places we might not go otherwise! That said this is an "occult horror film" so I'd be going to this place anyway. It also stars Henry Czerny, seen above, who already co-starred with O'Brien in Ready or Not. And we dig him too.

Catch the Fair One -- This flick rightly won the Audience Award for Best Narrative Feature at Tribeca earlier this summer; I didn't write it up but it's a barn-burner of a thriller with a stand-out turn from its leading lady Kali Reis, who plays an ex-boxer whose sister goes missing -- you have heard that plot description a million times but this movie goes to unexpected places!

King Car -- More to come soon on this wacko Brazilian flick but this one was a very happy surprise! It's about a young man who can talk to cars, and shit gets real fucking weird real fucking fast. It's kind of like Bacurau meets Jumbo, the recent movie that had Portrait of a Lady star Noémie Merlant falling in love with a carnival ride, and that's all I'll say about that.

Cryptozoo -- Speaking of real weird I've been telling y'all y'all need to see Dash Snow's newest nutso animation ever since Sundance (I posted the trailer right here a few weeks back) and here's a chance! Otherwise it's out here in theaters in the US on August 20th, but I'm not sure about streaming. I would try to describe this movie but I don't see any positive in me trying to do that. It's one of a kind. 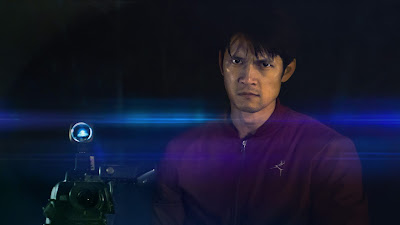 Broadcast Signal Intrusion -- This was one I really wanted to see at SXSW but missed due to an error on their platform -- cut to me falling to my knees and screaming "Nooo!" a la Darth Vader. But Fantasia came through! More on it soon, but it's a surreal little nightmare starring the lovely Harry Shum Jr -- think Blow Out meets, I don't know, The Poughkeepsie Tapes.
Woodlands Dark and Days Bewitched-- This fantabulous three-plus-hour documentary about the films of Folk Horror screened at SXSW as well; here is my review. Be prepared to keep notes, because it's a glorious and knowledgeable film class all its own. I can't wait to own this so I can skim through it at will and remind myself of the thousand titles it told me about for the very first time!

Wild Men -- I felt bad about not getting around to review this one when I saw it at Tribeca; a dark Danish comedy about a middle-aged dude trying to find himself in nature only to get caught up in a Coenesque crime-caper I really loved it.

Brain Freeze -- The opening night film, this zombie flick from France has some clever twists on the genre and some good class commentary -- Uncle George Romero would be proud. Oh and a main character in this gruesome zombie movie is a baby!

Tombs of the Blind Dead -- Fantasia always screens some restorations of classic flicks and I'd somehow never seen any of Armando De Ossorio's undead-Templar-Knights quadrilogy of 70s/80s films out of Portugal until I got this chance, and I'm already hooked. This is the first of the four films, restored gloriously by the folks at Synapse Films -- I hope they do all four movies! 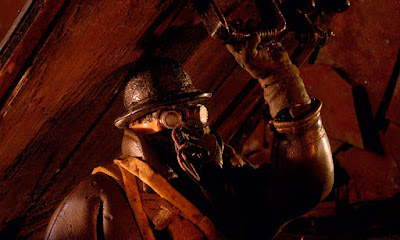 Mad God -- A full-length stop-motion horror flick from the Phil Tippet, the special-effects genius behind the dinosaurs in Jurassic Park and the big bugs in Starship Troopers? You think I'm not all up in this sucker's business? He's been working on this for thirty years! And here's how Fantasia delightfully describes this one:

"... a Dantean descent into seething theological outrage, its multitude of fascinating monstrosities, an uncanny carnival in the tradition of Hieronymus Bosch, a perpetual-motion machine of biomechanical malevolence..."

The Deep House -- This is one I probably won't be able to see here because as far as I can tell they're only screening it in person in Montreal, but man oh man am I sad about that -- it's the new flick from Alexandre Bustillo & Julien Maury, the filmmakers behind the 2007 French Extremity classic Inside (as well as the flick Kandisha that hit Shudder earlier this month which I spoke briefly about here.). But most importantly it's about a Haunted House at the bottom of a lake! I love that idea so much.

There are literally dozens and dozens more movies showing at Fantasia, so I say go check out this line-up here. I couldn't even make a small dent in all of the awesomeness. I didn't even delve into all of the short films; hell I didn't even mention how they've got the new Suicide Squad movie, for goodness' sake. Fantasia rules. And please stay tuned over the next few weeks as the fest runs for reviews from yours truly.
Who? Jason Adams When? 1:44 PM