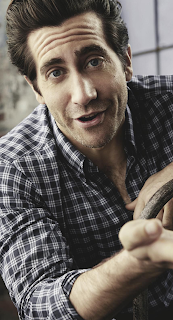 --- Steve Feels Pretty - I don't know how I really feel about this news that Steven Spielberg is remaking West Side Story - I would love to see a Spielberg musical (the musical sequence that opens the 2nd Indiana Jones, the entirety of Catch Me If You Can, all show he'll be good at it!) and he's got a script from no less than Tony Kushner, which is a pretty darn substantial get. But there are lots of musicals that haven't already been turned into masterpieces already - what about making Sunset Boulevard with Glenn Close and Jake Gyllenhaal? What about making Damn Yankees starring Jake Gyllenhaal? My point being JAKE GYLLENHAAL. Oh and in related news Spielberg is making another Indiana Jones. Crazy that that feels like an afterthought!
.
--- Sleep Cometh - I have gotten monstrously behind with my reading habits - I need to stop bringing my iPad to bed with me since it sucks up all of my attention during the time I've usually devoted to book stuffs - so I still haven't cracked open Stephen King's sequel to The Shining called Doctor Sleep even though it's been out for what now, five years? For shame. Perhaps I should now that a movie's been officially announced, and it's a good announcement too - Mike Flanagan, the director of this past year's stupendous King adaptation Gerald's Game (not to mention the perfectly respectable Before I Wake which I just reviewed the other day) is turning it into a movie. If anybody can do it right now he's the one I would bet on.
. 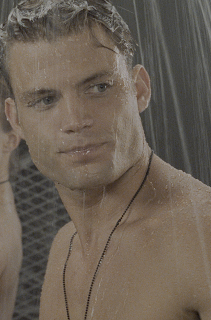 --- Kill The Bugs - Paul Verhoeven's brilliantly funny and action-packed Starship Troopers turned 20 this past November - would you like to know more? Then you should click on over to The Guardian where they got some stories from Verhoeven on his often misunderstood intentions with the movie (which I guess people still accuse of blind fascism today? Huh) as well as from actress Denise Richards, who admits she had to convince Paul to cut a pointless topless scene for her character, surprising no one. (Well except that she actually got them to cut it, I guess.)
.--- Big Little Heaven - Shocked I didn't mention this hear already but perhaps you heard this week's news that murdered a million Twitter gays all at once - that Meryl Streep has joined the cast of the second season of Big Little Lies? I mean...
.

.
... look no further. Yes as we've mentioned before our beloved Andrea Arnold is directing the entire second season, which was enough to immediately wash away any doubts we had about them continuing on for another year after things seemed to wrap up pretty neatly last year. Meryl's just gravy!
. 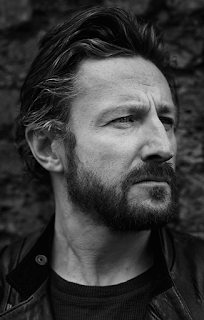 --- Gemma's Hours - Gemma Arterton remains an under-appreciated actress even after she's wowed in several things so I'm excited to hear she's going to play Virginia Woolf's socialite girlfriend in Vita and Virginia, and even more excited to see that it's Elizabeth Debicki (another actress who's always terrific but who hasn't gotten a chance to break out yet) playing Woolf. I'll just try to forget that it was supposed to be Eva Green in Arterton's role, for Arterton's's sake. Oh and if you're wondering who the hell the bearded guy is his name is Peter Ferdinando and he's playing Woolf's husband. Hello!
.
--- Let's Go Madd Together - Although I'm annoyed that Darren Aronosfky isn't involved anymore like he was back in 2014 when it was first announced I am pleased to see that there's momentum in getting Margaret Atwood's MaddAddam trilogy turned into a series again. The trilogy began in 2004 with the phenomenal Oryx & Crake (by far my favorite, a stunning thing) and then a few years later came the follow-ups The Year of the Flood and MaddAddam. Speaking of things I should read I should give these books another spin. Any fans? 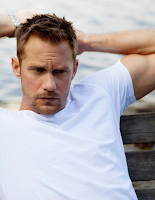 --- Future Sex - Netflix is going to be very kind to those of us who like to stare at hot guys in dystopian future worlds next month - besides the apparent ass-fest that is Altered Carbon with Joel Kinnaman they're also dropping Duncan Jones' new movie Mute in February (thanks Mac) - we showed you some pictures from Mute right here; it stars Alexander Skarsgard, Justin Theroux, and Paul Rudd. I mean really.

--- Speak Clearly - There are so many aspects of moviemaking that don't get talked up enough and it's always a treat to see somebody doing a deep dive on one that I don't really understand so I was tickled by Vulture's recent chat with the dialect coach Liz Himelstein, who has worked with everybody on everything, helping all the stars nail their accents for film and television. Surprising absolutely nobody it turns out that Nicole Kidman works really really hard on her job!

--- And Finally because lord knows we haven't talked about Call Me By Your Name enough (no seriously, never enough) here are a couple of links of interest with regards to the best movie of 2017 -- first off IndieWire talked to RuPaul (who fancies himself a cinephile, and given his taste I'm inclined to agree) about his favorite films of the past year and he couldn't rave enough about CMBYN, including love for Timothee and Michael Stuhlbarg. (thx Mac) And second off CMBYN's author Andre Aciman wrote a little piece for Vanity Fair about his experience seeing his book turned into a movie - anyway he says was there when they filmed the scene around the war memorial that we were just talking about and he shares the name of the town where they filmed it (which I had not heard before) and thus inspired me to make this...
.

Here is me reenacting a scene of CALL ME BY YOUR NAME via my cursor on Google Maps #CallMeByYourName pic.twitter.com/FOsmp1JJI0
— Jason Adams (@JAMNPP) January 26, 2018

I actually figured out the location of the war memorial town just by being stupidly obsessed and having a weird eidetic memory. Luca mentioned the town in his New York Times video about the scene, but it was slightly slurred, and I spent an hour on Google Maps looking at the town of Pianengo near Crema. (Not even a very pretty town for Italy.) Then I saw the movie again and watched the title credits like a jack-in-the-box, my head popping up for the acknowledgements credit, looking for a name similar to Pianengo. And voila, the credits thanked all the little Italian towns where they filmed the movie, and somehow the correct name Pandino entered my skull. Obviously the next step in my defilement is to imitate the fan girl who went to Italy to take those photos of “Call Me” locations with actual shots from the film superimposed. Armie and Timmy were on a French talk show recently and the host introduced the girl to them and they went into the audience and gave her a sweet hug. Timmy was very nervous and his French was a bit scattered but still fluent. He really is remarkably different from the self-assured actor he is on screen.

Starship Troopers is one of my favorites. The fact that the leader of the bugs looks like a giant shivering penis, reveals the one deeper layer of meaning in the film. This is a film most people didn’t understand.