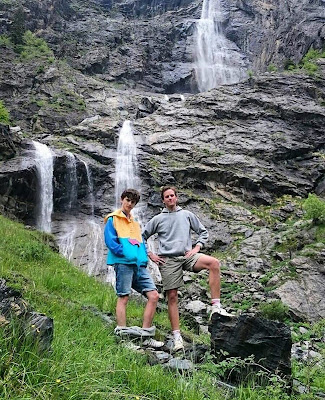 Oh look it's a Call Me By Your Name behind-the-scenes picture that I've never seen before! (via, click to embiggen) I keep trying to not write more about the movie but the movie keeps pulling me back in. Anyway I'm not sure what's happening with CMBYN theater-wise this weekend - it opened wide to disappointing grosses last weekend but with its four Oscar nominations this week perhaps it will do a little better? It's already made its money back and then some, and oh right it's a masterpiece, so I'm not too worried about box office, but if you haven't seen it yet... perhaps you should, is all I'm saying? ETA here's another one (thanks Rachel): 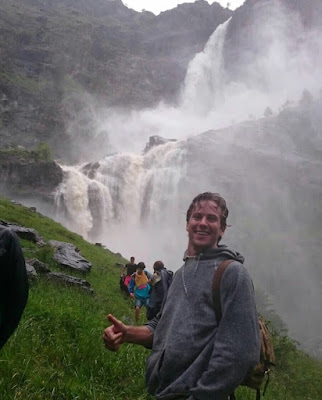 never get enough said about Call Me By Your Name. Source and write more about please . it's like therapy . not sure what i'm trying to find . at least i feel less alone if somebody is writing about it

It took me quite a long time not only to write properly about CMBYN but to really come to term with what I had thought about it. And to me that’s what art is about. Good or bad, it does have to move, literally and metaphorically, it must take you from one place to another, to bother you, to make you question things and that is why I, even though having some criticism, love this picture so goddamn much.

I have seen it 3 times already to understand why the film has affected me so much. First thing first, I alreally knew Aciman’s novel beforehand. I am a major in English Literature and my dissertation is about him and how he uses the body from his character to write about the exile that he – a Egyptian Jewish man – experienced when a child. That being said, I think that Ivory’s screenplay did a terrific job when we talk about how the novel was translated into a new semiotic system. I do love the book, but there are some parts and plots that seems to be there more as a filler than help the plot and the movie chose what to talk wonderfully, my only reservation about this is the third act, I just don’t get why they spent so little time together on screen while they were travelling alone. But that’s nothing major.

Secondly, I could see so much of my self on Elio, and I am thankful that my parents are those kinds of parents. I can never complain about that so I love how the film manage to talk about Elio and Oliver but without leaving Elio’s parents aside.
My main criticism is that I do this that how they – producers, Guadagnino and the actors with their contracts, toned down the gay sex scenes or even the male nudity. One must only do this exercise: think about the second time Elio had sex with Marcia, how we see their bodies, their intimacy, how beautifully directed is that scene, especially because we, as Elio, are anxious (and look at that watch) to meet with Oliver. It’s a scene full of desire and lust and still some innocence.

Now think about when Elio e Oliver had their first time together and what was not shown. Was this the only way to give the characters some “privacy”? The film is about Elio and Oliver, about how they discover a love bigger than anything else in their lives, and WITH this love, comes the desire, the longing for immediacy.

In his books, Acimán is always, as I said it before, writing about exile and how this experience, even though, wonderful to write about, it traumatizes the individual. With CMBYN Elio, a Jewish boy in a Catholic country aftere seeing a Star of David On Oliver’s neck, recognize that they are united for something bigger than anything else. Oliver body becomes then Elio’s homeland. He wants to invade, to conquer and build a home there. They taste each other’s mouth, cum, sweat and everything possible the same way one tastes an apple, a peach, or any fruit from a country you’re either visiting or living in.

That is way the sex is important here, way the film shouldn’t be so coy about the male nudity because we are seeing a story about those bodies. I don’t know why those decisions were made, and if they toned down the gay sex scenes for a broader (straight) audience. But it would be a perfect movie with a little bit more courage.

That being said, it possible to talk about CMBYN “shyness problem” and still recognize how beautiful and moving the film is and I was truly moved by the film, specially by the acting and I do hope after all this Oscar season we'll be talking about Hammer’s performance as much as we have talked about Thimothée’s.