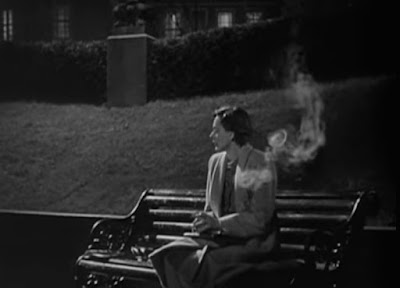 Laura: [voiceover] I walked for a long while. Finally, I found myself at the war memorial. You know, it's right at the other side of town. It'd stopped raining all together and I felt stiflingly hot. So, I sat down on one of the seats. There was nobody about and I lit a cigarette. I know how you disapprove of women smoking in the street. I do too, really, but - I wanted to calm my nerves and I thought it might help.

Has there been a single romance made in the nearly 75 years since David Lean's Brief Encounter that hasn't been influenced by it? I'm beginning to think that really there's not. When I saw the film projected big this past Christmas (thank you, Film Society!) noticing that this scene here is set around a war memorial made me wonder if Luca Guadagnino wasn't giving Brief Encounter a shout-out by setting Call Me By Your Name's lynchpin of a scene where Elio finally confesses his feelings, in code anyway, around a war memorial.

And then earlier this week when I was sick I watched Billy Wilder's The Apartment for the 20th time and one of the extras on the new disc - Arrow Films just released a gorgeous special edition blu-ray of The Apartment that's stuffed with extras even besides the stunning 4K restoration of the film -  was a chat with Mr. Wilder in which he talked about how the entire film was inspired by Brief Encounter, which is something I can't believe I had never realized before.

In Brief Encounter there's a scene where Laura & Alec can no longer deny their need to get all up on it with each other - Alec gets use of a friend's flat and brings here there but before they can sin themselves silly the friend comes home, cock-blocking them horribly. Billy Wilder watched that scene and got to thinking about that friend, and what the life of that man was like, and voila, 1960's Best Picture was born. 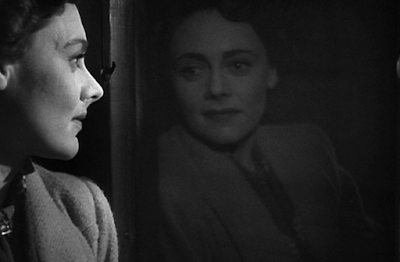 Can you guys maybe think of any other movies
that were inspired by Brief Encounter, like maybe...

YES!!! I actually feel embarrassed that I didn't share a gif of the shoulder grabs!

I just want to say how jealous I am that you saw "Brief Encounter" on the big screen. I'm imagining!

"Unfaithful" definitely, and I think, maybe "Fatal Attraction" has a moment like that.... Not positive, though.