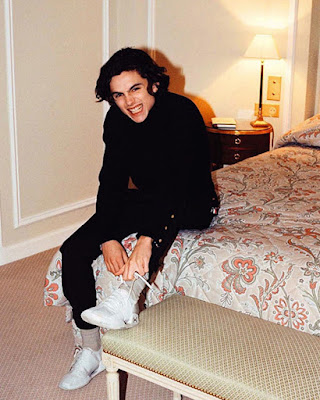 It is 23 days until the Oscars and the Call Me By Your Name boys have spent the week swiveling away from that and towards the future - for Armie Hammer that meant a thriller from the director of Under the Shadow. And now we know what Timothée Chalamet was talking about when he said he was packing on 25 pounds -- he's going to star in The King, an adaptation of  no less than Ol' Bill Shakespeare's play Henry VI, from writer Joel Edgerton and director David Michôd. Read about it at THR.

Michôd is still trying to live up to his first and best film, 2010's Animal Kingdom - I liked The Rover a lot (review here) but it was no Animal Kingdom, and perhaps we shouldn't really talk about his last movie, War Machine with Brad Pitt. Meanwhile Joel Edgerton, on top of looking Hot AF in square-cut swim-trunks for Jennifer Lawrence, has apparently been spending as much time writing as he has spent doing squats - he's also had writing and directing duties with Boy Erased, his gay conversion drama starring Lucas Hedges that we've been following closely. Point being, Joel Edgerton is making me feel really lazy. 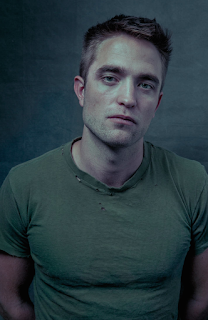 IMDB also has Robert Pattinson listed in the cast for The King alongside Timothée but I'm not sure we should put faith in that just yet - THR doesn't mention anyone else in their article, and perhaps Rob is just a remnant from an earlier casting announcement that might've never come to be? He did star in The Rover for Michôd so they have a history - it wouldn't be absurd him showing up here and lord knows there there will be plenty of roles for dudes in this. Anyway Timmy's doing Shakespeare! And it's not Hamlet or Macbeth or one of the ones that's been done too many times before, phew.
.
Who? Jason Adams When? 11:02 AM

The announcement of this hot role comes at the perfect time as Oscar voting will commence in another week. This demonstrates Timmy's ability to be hired for notable projects an in a substantial adult role. I'm really excited about this and Timmy's acting career will be paved in gold.

If this is what Chalamet is bulking up for, maybe it's also why Pattinson was seen on a beach recently working out as well. This could be one hot adaptation.