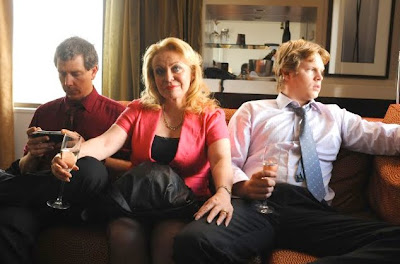 There was a moment in the final 20 minutes of Animal Kingdom where the entire audience I was watching the film with audibly gasped in unison. I was too caught up in what was going on to note it until the moment had dissipated, but once I did note the echo of pulsing lungs in my ears I smiled. How wonderful must it be to be a director screening a movie to an audience and to hear that sort of response? To know you've successfully twisted their spines around your thumb and are playing them Master Hitchcock-style, the tension so thick they might snap.

Director David Michôd made a marvelous movie here, filled with such instances, where you realize you're dizzy well after you've started to inhale again. A simple backing down the driveway becomes a master lesson in playing out tension. How long is that driveway? What are the angles where the road bisects it? What are those sounds in the background? Where will the other car come from that will smash them all to bits oh my god I am going to die they are still backing still backing oh god thank you they're safe oh wait oh my god no no no no. A walk down the street, sitting on the sofa, listening to fucking Air Supply! They all become the stuff of nerve-wracking nightmares in his hands. 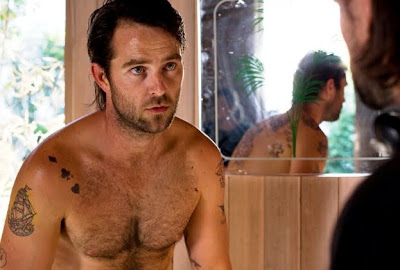 Enough's been said of the performances already, especially Jackie Weaver's tour de terror, check out Glenn's review or Nat's piece on her here. One of the things I loved about the way her performance is structured is the way she gives the speech on the fight with her daughter over the card game, over Jokers specifically, and from that point on her face straight-up morphs into a crazy-eyed taut-lipped Joker doppleganger for that horrifying part in Tim Burton's Batman where Jack Nicholson wears flesh-toned paint on his face. Shudder, and apt. 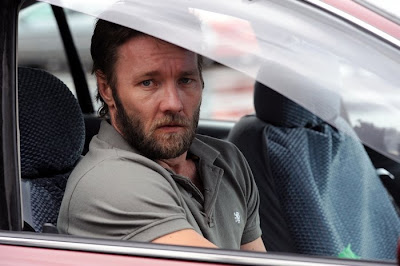 But Michôd makes sure to get him topless once so I can't even hold that against him. David Michôd for President! In all seriousness, this is a fantastically effective film. Y'all need to find it when it comes close to you.
.
Who? Jason Adams When? 2:23 PM

Can you email/DM on Twitter me the moment where everyone gasped? I'm 99% sure I know what moment, but there was another bit that I could equally see garnering a response like that (although I don't recall if it was in the last 20 minutes per se).

Going to see it this weekend or next week. I cannot wait. Might go see "Machete" tomorrow.