The most important pop culture event of the weekend is the finale of Big Little Lies on Sunday night -- it's all that matters! Movie-wise the reviews for The Zookeeper's Wife that I've seen  haven't been bad while the reviews for Ghost in the Shell most certainly have been bad, but none of that matters. Big Little Lies is all. Personally I'll be trapped in press screenings for the Tribeca Film Festival movies all weekend (more to come on that soon!) and speaking of I am about to run to another one just now. So this is it for this week. 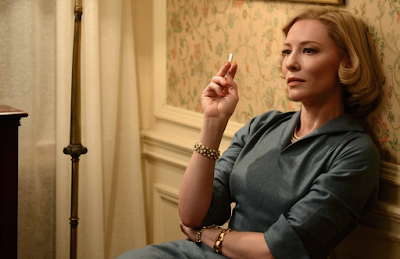 Carol: Just when you think it can't get any worse,
you run out of cigarettes.

It is the 69th birthday of the exceptional cinematographer Ed Lachman today, who not only shot Carol but also Far From Heaven and The Limey and Desperately Seeking Susan and Less Than Zero and Life During Wartime and Wiener-dog and the Mildred Pierce mini-series and did I say Far From Heaven yes Far From Heaven twice because Far From Heaven.

And many others. Our eyeballs owe him such a profound gratitude. He's got a few things lined up but of course it's his re-teaming with Todd Haynes we care most about - he shot Wonderstruck, Haynes' upcoming film with Julianne Moore and Michelle Williams, which will be out this year. GIVE IT TO ME. 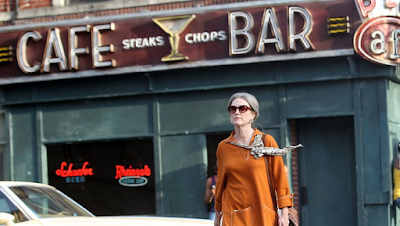 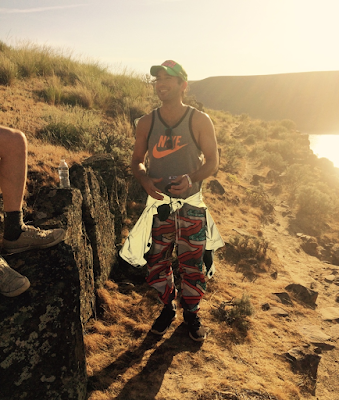 2017 is turning into a big year for my favorite folkie Sufjan Stevens and his correspondent fans, of which I am certainly a big one. As previously announced this fall will bring us his "Music to Fuck a Peach By" soundtrack for Luca Guadagnino's homosexual epic Call Me By Your Name with Armie Hammer and Timothee Chalamet.

But in the past week there's been two more bits of big news -- a couple of years ago Sufjan toured with a project called Planetarium, a collaboration with fellow musicians Nico Muhly, James McAlister, and Bryce Dressner (of The National) based on sci-fi spectacle . It was a big show with lights and a globe that floated over the stage; I saw it in Brooklyn in 2012 I think and I wish Instagram made searching easier because I know I took pictures but whatever; it happened. Anyway they're finally releasing the project - it hits in June, and here's the first video for the song "Saturn":
.


.
I thought that would be it for the year, which is plenty, but no, more news today - Sufjan's also releasing a live album from his last tour for his stellar last album Carrie & Lowell. His songs live tend to become bigger things than the small-scale intimacies of his records - he's usually got a fleet of musicians on stage, and so everything becomes kind of grand.

Pitchfork has the playlist and he's including his cover of the Drak song "Hotline Bling" which got a lot of befuddled press - "Sufjan & Drake? What?" That's fine and all but I was really hoping he might've somehow included his song "Majesty Snowbird" - I don't think he even plays it anymore, I think it was from either the Illinoise or Michigan tours, but it's never gotten a real release and it's my favorite song of his and I hate that there's no proper copy in the world. Sigh.

Anyway as for what we are getting we'll also get to SEE the Lowell show too because he'll be releasing the live album in video form as well. Carrie & Lowell Live will be out on April 28th.
.
Who? Jason Adams When? 12:51 PM 1 comment:

I can't remember how much of this scene remains in the original cut of Donnie Darko - this was taken from the Director's Cut, which as I said yesterday in our "Ways Not To Die" post is not my preferred cut. But one plus to it is this scene, which is creepy and effective and I'm fairly certain runs much shorter in the original version.

I mean just the herky-jerky stop-motion movement of Frank in front of those darkened bookshelves is enough to make it a keeper. But it also gives Katherine "The Great" Ross' psychiatrist character more of a finish to her arc - she sort of just hangs there in the original version, kind of forgotten about by the end. So this stuff's welcome, even besides the shelves, and even besides the fact that it gives me an excuse to post the gifs of the earlier scene where Jake undoes his pants and fondles himself on the same set after the jump... 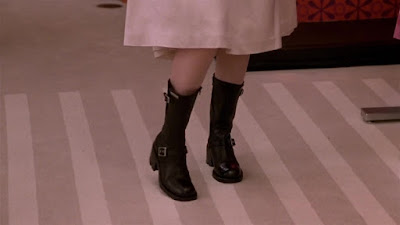 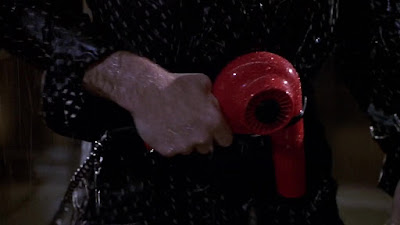 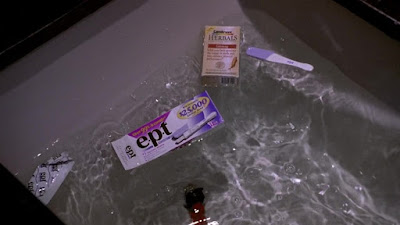 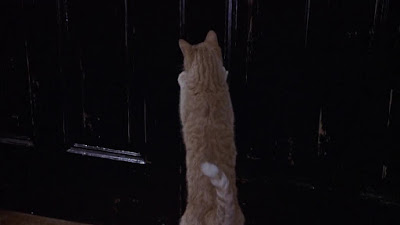 Beloved actor slash exhibitionist Ewan McGregor is turning 46 today, and so here's the shot of him flashing his goods in the opening credits of 1996's Brassed Off - remember what a laugh we used to have about how "If it's an Ewan McGregor movie, he'll be exposing himself!" I miss those days. I haven't seen Trainspotting 2 yet and I know he does a naked run in the distance at least in that but I feel like it's been awhile since me and Ewan Jr. been intimately acquainted. Ewan, I miss your junk! Does FX do junk? Let's have some Fargo junk! Yer darn tootin! 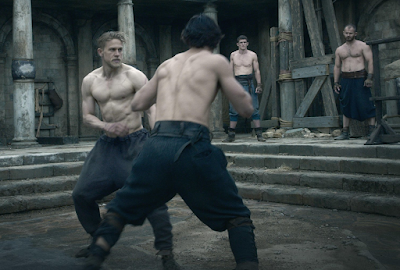 A few new stills (including that wondrously porny one above) from Charlie's King Arthur movie with Guy Ritchie at the helm have been released (via) -- don't you kind of feel as if this movie already came out? But it hasn't! It doesn't come out until mid-May, apparently. 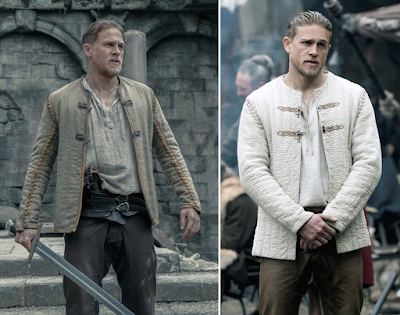 If they say so. I swear I saw it in the discount bin beside the registers at the drugstore, but sure. (Jesus I'm an asshole - Charlie's never going to whisk me away to Italy for a whirlwind boink-fest with all this sass getting in the way.) 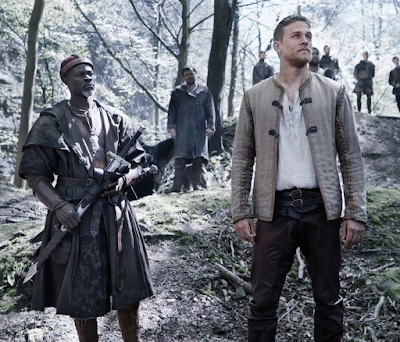 In related (and much much more unattractive) news David Beckham, as you may know, has a small role in the movie, and he shared a picture of his make-up for it on his Instagram. It's a lot of look!
.

Rough day at the office @kingarthurmovie @guyritchie
A post shared by David Beckham (@davidbeckham) on Mar 28, 2017 at 6:59am PDT

With All Due Apologies... 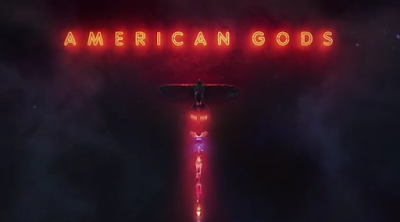 ... to Ryan Phillippe's astonishing 43 year-old abs, we are not going to see anything more gorgeous today than the opening credits sequence for Bryan Fuller's American Gods program, which has just been revealed. It like The Neon Demon fucked Jodorowky's Holy Mountain. This is divinity for the eyeballs. Rustle up some hallucinogens and open this up on the biggest screen you've got...
.
.
Who? Jason Adams When? 2:36 PM 1 comment: 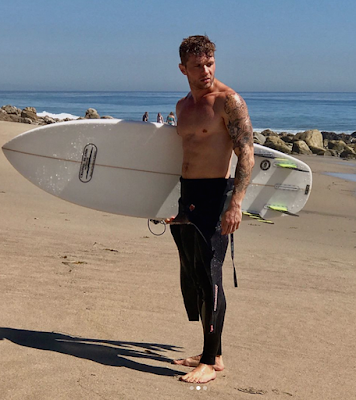 On his Instagram Ryan Phillippe posted several very fine, very fine indeed, behind-the-scenes pictures from his Men's Fitness magazine photo-shoot yesterday, which have got us pretty enthusiastic about what we'll see when the actual magazine is out. (Hopefully they don't airbrush him into oblivion - these magazines tend to overdo it sometimes.) But one of the finest things about this shoot is... 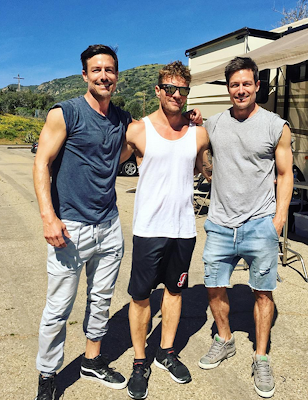 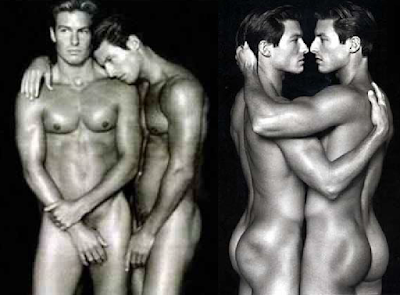 ... come on. Anyway it's a kick that twas they who are currently training their lens upon Phillippe's supple frame, is all I'm saying. Hit the jump for five more pictures of what the Rikers saw in Ryan... 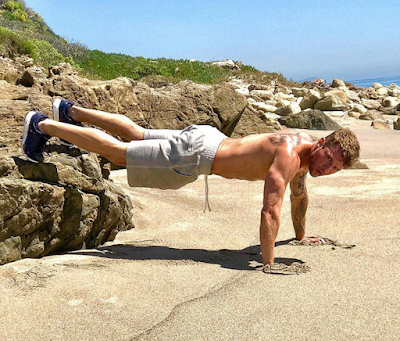 
"The world will end in 28 days, 6 hours, 42 minutes, and 12 seconds," says Frank the Rabbit... I'm still not sure though - is that timed to this event seen here, when Frank himself dies, or is it timed to the jet engine falling through the ceiling of Donnie's bedroom?

Probably the latter right? I have a feeling this might be spelled out in Richard Kelly's "Director's Cut" of this movie, the one with all of Roberta Sparrow's mad time-travel scribblings included on-screen, but I can't with the "Director's Cut." I can't. I love you, Richard Kelly, but you can be your own worst enemy. Always take off one piece of costume jewelry before you walk out the door, dude.

As mentioned yesterday Donnie Darko is getting a 4K restored theatrical re-release this weekend here in NYC and also in LA I believe - I've got to try and make it out; I haven't actually sat down and re-watched this film proper-like in several years. I might make a whole Richard Kelly Retrospective out of it - I have been dying to see Southland Tales again lately, for some insane reason.

Most of you probably weren't around here back when that film came out in 2006, but I made one of the most violent swerves opinion-wise that I have ever made on a movie with Southland - I hate hate hated it on my first viewing, but I went back and watched it again and it was like a switch flipped, and I got it, and loved it. Ive stayed in that camp ever since, even though I ackowledge it's a mess. But an ambitious and funny and beautiful mess.

Hit the jump for links to the Previous Ways Not To Die...
Read more »
Who? Jason Adams When? 12:33 PM No comments: 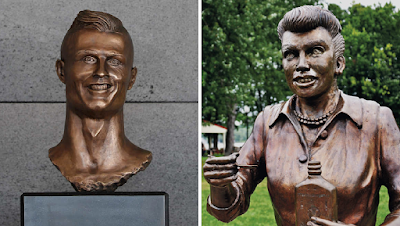 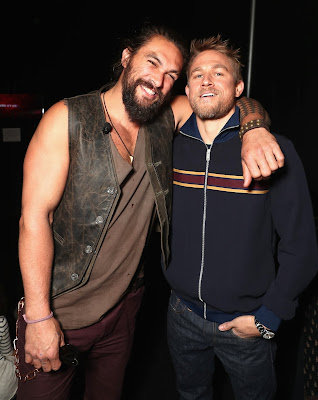 ... about CinemaCon being useless.
They have found their niche.
Fill it! Fill the niche, you two! 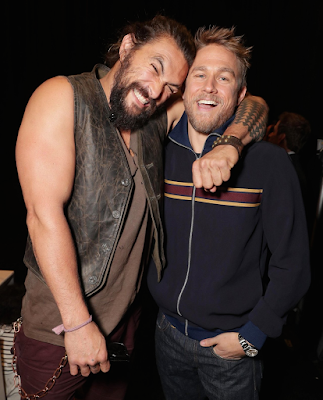 Today I'd rather be.. 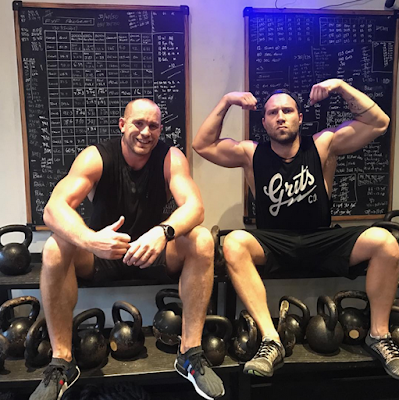 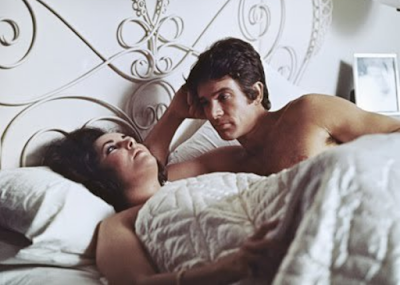 I didn't think I'd find anything I've never posted before when I went looking for pictures of him to post here on his 80th birthday but whaddya know - he apparently made a movie with Elizabeth Taylor? The Only Game in Town came out in 1970 and was the last movie directed by George Stevens (director of, among many films, Giant and A Place in the Sun - clearly he and Liz got along) ... 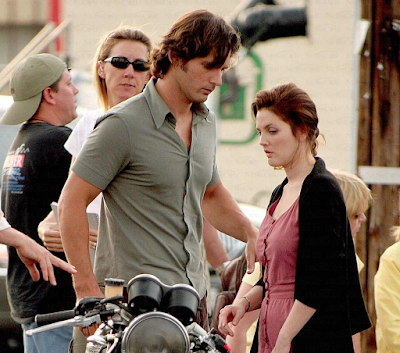 ... weirdly 2007's Lucky You, Curtis Hanson's film with Eric Bana and Drew Barrymore (which I've also never seen), was kind of sort of a remake. I say "weirdly" because Lucky You was Hanson's second-to-last movie... I was going to say last, I thought it was his last, because it's better if we forget Chasing Mavericks happened. Anyway basically this story kills good directors, is my point.

Anyway I'd never even heard of this movie until this morning, but the whole damn thing is up on YouTube - any reason to watch? Any fans? Oh and happy 80, Warren!
.
.
Who? Jason Adams When? 10:01 AM 1 comment: