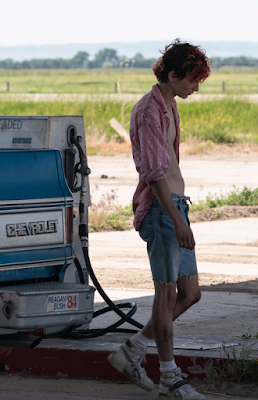 Yesterday I shared with you a pap-snap of Timothee Chalamet and Taylor Russell on the set of Luca Guadagnino's next film, a cannibal romance called Bones and All, but today -- much sooner than I anticipated! -- I've got the first official photo of the two in the film thanks to the fine folks at IndieWire. See my previous post on the film (re: what the hell it is) right here. And yes we know, commenters, Timmy is very skinny; that's not a news-flash -- he's always been very skinny. And starring in a film called Bones and All that skinniness might be a plot point even. Let's run with it! 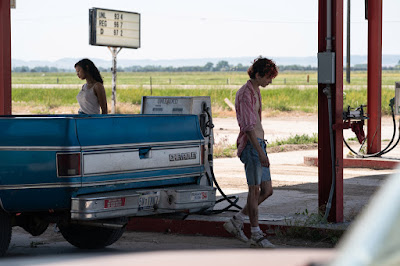 Who? Jason Adams When? 11:22 AM
Labels: Anatomy IN a Scene, gratuitous, Luca Guadagnino, Timothée Chalamet

A Cannibal romance from the director of Call Me By Your Name starring Timothee Chalamet? Oh god, the jokes will write themselves.😂

I guess he's perfect for it since he always looks emaciated.