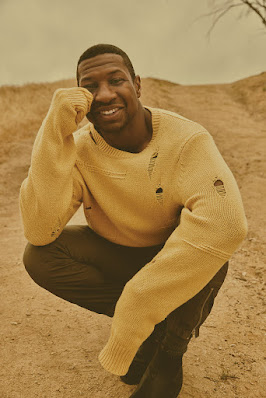 Just yesterday I shared an interview with you that Jonathan Majors gave to The AV Club and I was lucky what he was talking about was "being built like a brick shit-house" on Lovecraft Country because it allowed me to use a previously-posted photo of said "brick shit-house" stature. Because, I thought at the time, if I'd needed to find a new photo of Mr. Majors I'd be hella screwed, as I've been, or so I thought, relentless in scouring the 'net for every one. But I was wrong! As seen above there's a brand new photo of him -- it's out of The Hollywood Reporter last week, where he was included in their TV Actors Roundtable. Also there... 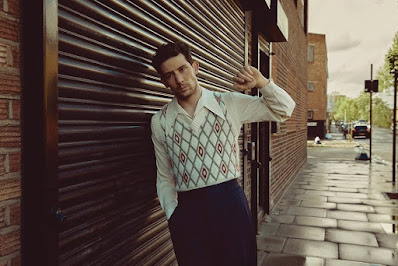 ... our boy-prince Josh O'Connor. I haven't read the piece or watched the video yet -- have any of you? Do Jonathan & Josh flirt with each other, because if they do you need to tell me, I need warning. I need to put down some pillows, and slip into a rubber sleeve. The other people in the Roundtable ain't nothing to sneeze at either -- Regé-Jean Page, Chris Rock, John Boyega. I'll read it over lunch. Anyway! That's not the only reason we're here, if you can believe it. This morning we got the trailer for The Harder They Fall, the forthcoming Western that stars Majors alongside Idris Elba, Regina King, Lakeith Stanfield, Zazie Beetz, and Delroy Lindo. Watch!
It looks like a ton of fun, right? No release date yet, just says
sometime this fall. If you hit the jump I've got a couple photos... 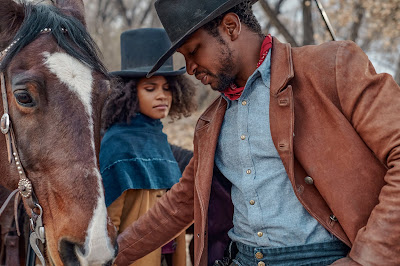 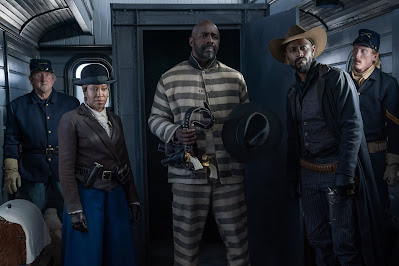 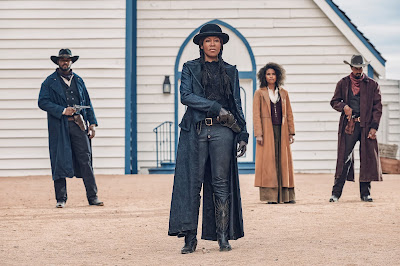 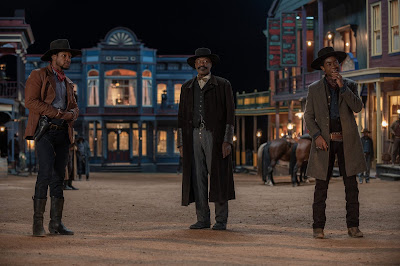 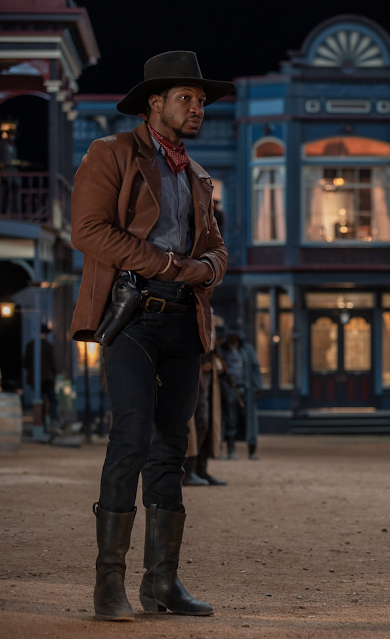