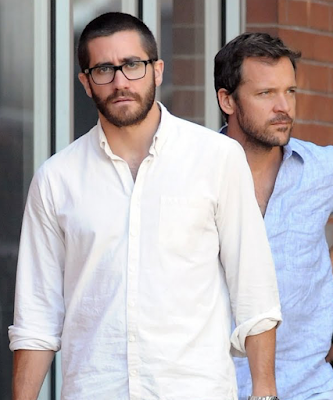 So this was weird! Last week a heap of people -- a heeple? -- got added to the cast of Jake Gyllenhaal's upcoming remake of Gustav Moller's Danish thriller The Guilty from 2018 which has Jake's Southpaw director Antoine Fuqua directing. Awesome people! Jake's reuniting with his brother-in-law Peter Sarsgaard for one -- I don't believe they've co-starred in anything since Jarhead ten years ago, correct me if I'm forgetting something. But also there's Ethan Hawke and even better our beloved Riley Keough! And then there's also also Paul Dano, who co-starred with Jake in both Okja and Prisoners...

Should I rewatch Prisoners? pic.twitter.com/qrIau3i11V

... and Da’Vine Joy Randolph who was so so so very good in Dolemite is My Name last year. That's a great effing cast, right? So why am I saying this is, and I quote, "weird"? Because the 2018 version of The Guilty is best known for being a one-person movie! It starred (the very handsome) Jakob Cedergren as a (very handsome)  9-1-1 operator (do they call it 9-1-1 in Denmark?) who attempts to unravel an ongoing crime via the telephone call that comes in. Its essentially a radio-program playing out across Cedergreen's (very handsome) face for ninety minutes. 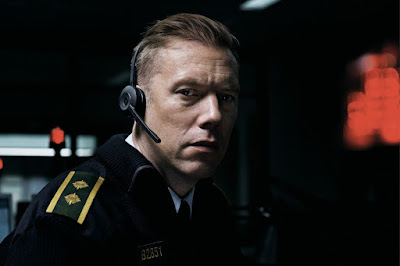 Jake first announced he wanted to make this remake a few years ago but I wasn't surprised when it got moved to the front of the pile recently, given this "one man show' factor made filming in the middle of a pandemic a non-issue. But... now they're hiring all these actual actors that are not Jake and I don't know what to think. Are they being hired for just their voices? It's not unheard of (HA GET IT) -- Tom Hardy's movie Locke, the movie that only starred Tom Hardy as he drove around and called people on the phone, used bonafide terrific actors like Ruth Wilson and Andrew Scott and Tom Holland and Olivia fucking Colman to supply those voices.

But maybe not? Maybe Fuqua & Co have something different up their sleeve and I don't want to be too judgmental out the gate because we always scream, "Do something new with a remake!" It's just... without the "one man show" gimmick of The Guilty it's just another 9-1-1 operator movie like that Halle Berry movie The Call and I don't think Halle Berry even wants to remember The Call. 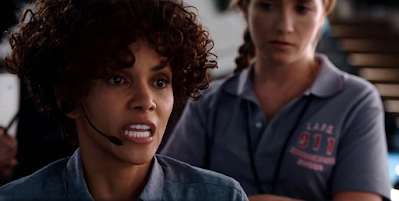 I knew where you were going right when you they’ve cast others. This is fucking unbelievable. Yet not surprising. The great conceit of The Guilty is it’s just one guy. And Hollywood’s track record for remakes is abysmal. Some fucking double bag has stepped in with lots of cashola and didn’t realize what he was funding. He figured it out and probably had a shit fit. And now we have yet another ruined remake. Or it’s just their voices. We will see.