And Let Dianne Wiest Talk Most of All! 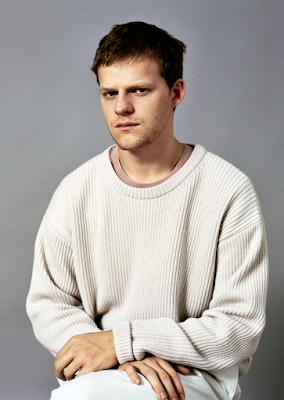 If it doesn't star Jake Gyllenhaal lord knows I'm lousy at keeping up with all the "what's coming out this year" news but did anybody actually know that Steven Soderbergh has a film starring Meryl Streep, Lucas Hedges, Gemma Chan, Candice Bergen, and DIANNE FUCKING WIEST...

The film is called Let Them All Talk and apparently all of the dialogue was improvised and you know I would worry about that if it was like a Judd Apatow movie starring Jonah Hill or some shit but Soderbergh's title applies -- I want him to let Meryl and Candace and DIANNE FUCKING WIEST just talk! Here's the trailer:
Let Them All Talk hits HBO Max on December 10th.
One more thought, though:

Around the time I was reviewing the movie French Exit at NYFF I saw people slamming Lucas Hedges' long hair and I have to say... the exact opposite. My crush on Lucas has grown exponentially with his hair. Keep the hair, Lucas!
Who? Jason Adams When? 12:29 PM

I just saw a trailer on FB yesterday, it will be on HBO Max. I guess many movie won't actually be in theatres because of Covid

I love Lucas. I keep feeling like he's trying to get adopted by all these leading ladies haha but that's probably just me. I know he is fully grown with a family of his own.