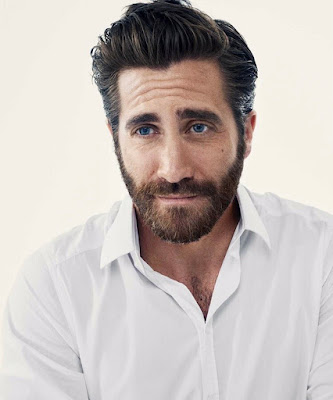 We're starting to get a clear picture of what 2019 will look like in Jake Gyllenhaal land and it's looking pretty big -- at the Public Theater here in NYC starting in February he's got the latest Nick Payne play called A Life, which is being produced as a two-fer with a second one-man short piece called Sea Wall which will star Tom Sturridge; Vogue shared a picture of them yesterday... 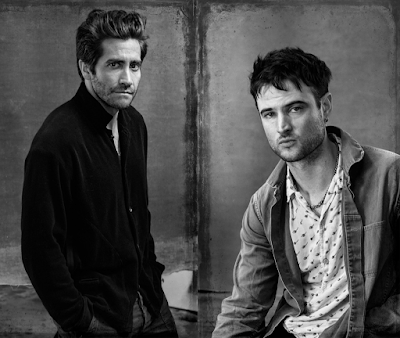 ... although sadly they're obviously photo-shopped next to one another. I would've preferred it if Tom recreated this moment from the Mary Shelley movie with an in-the-flesh Jake but whatever, we can't have everything I suppose. But then again maybe we can...

... since Jake has only done one count it one public event for next year's Spider-man: Far From Home movie, which has him playing the villain Mysterio opposite Tom Holland's pint-sized super-pest, and already I love their love more than any love ever, amen. 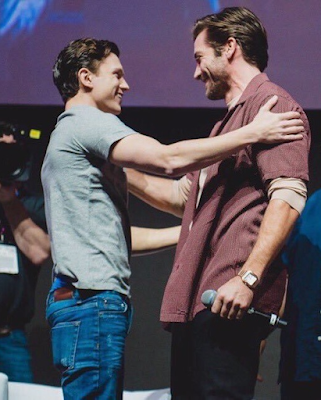 I've got some more photos of them becoming my new favorite power couple (such restraint it took to leave a "bottom" out of that phrase, you guys, such restraint) down below, but before that let's cover the other brand new 2019 news for Jake -- he's going to star in an English-language remake of The Guilty, Denmark's submission for the Oscars this year which I just reviewed a couple of weeks ago right here. I think this is a great idea! The movie is basically a one-man play - it will translate just fine as long as Jake brings it, and Jake always brings it. Just ask Tom Holland. He knows. Hit the jump for more of these two, who are clearly very pleased to be in each other's presence... 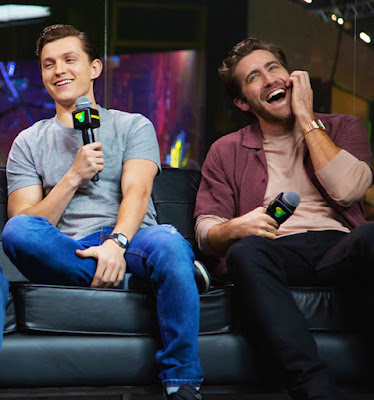 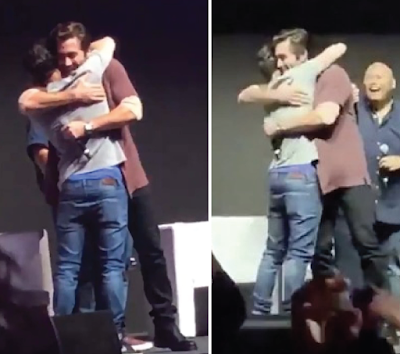 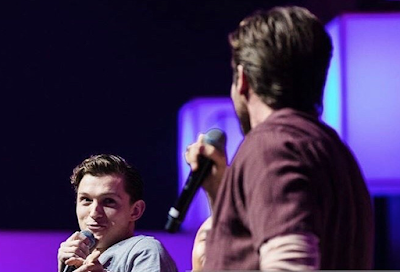 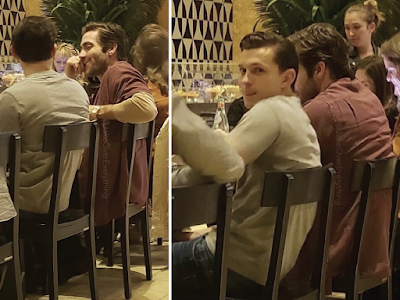 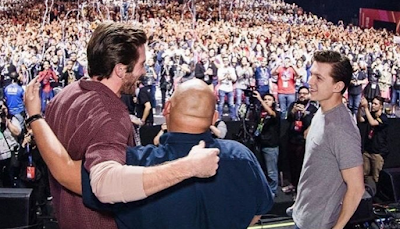 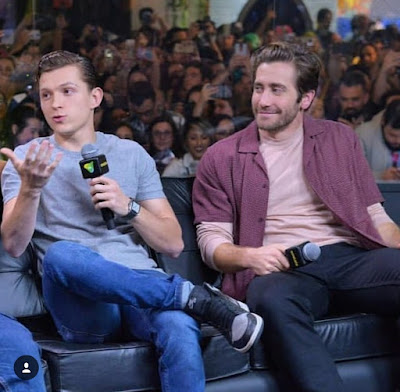