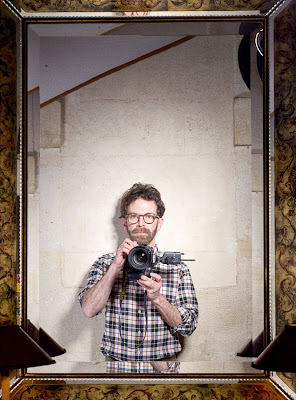 I've been so very busy over the past couple of weeks with screeners for film fests that I haven't been able to do what I really wanna do, which is watch Charlie Kaufman's I'm Thinking of Ending Things a fifth, sixth, seventh time. It's all I want, always! It's just sitting there on Netflix taunting me! (Read my review of the movie here.) Likewise today's news, about a new project for writer-director Charlie Kaufman, although you can shave the "director" portion of that off for this one... not that "Charlie Kaufman, Writer" is much of a slouch, what with Eternal Sunshine of the Spotless Mind and Adaptation and Being John Malkovich sitting there on his meager writing resume.

Today's news is this -- Kaufman is writing an adaptation of Yoko Ogawa’s 1994 science-fiction novel called The Memory Police, which kind of sounds like 1984 mixed with Dogtooth (now there's a sales-pitch) in that it's about an island where the people's memory's are wiped out by an unknown force while the police on the island make sure to keep it that way. The inhabitants forget what, say, a "hat" is, and the cops enforce that somehow. I don't know, I haven't read the book, but now that Charlie's attached I obviously will -- that's how I operate. I take all my cues from Charlie.

The film version, which Amazon is financing, is going to be directed by Reed Moreno, who has three movies under her belt -- Meadowland in 2015 (I reviewed that at Tribeca that year), I Think We're Alone Now with Peter Dinklage and Elle Fanning surviving post-apocalyptically (see a post here about it), and then this year's The Rhythm Method with Blake Lively and Jude Law, which I still haven't gotten around to. I never got around to watching it but I did tweet the below and isn't that enough?

I keep thinking THE RHYTHM SECTION is titled THE RHYTHM METHOD but who can blame me when Jude Law keeps looking like that pic.twitter.com/ilfa4whMZR

Its one of my favorite books, and I am worried Kaufman Will destroy what I liked about the plot. It is a movie about the world desappearing one thing at a time, and the fascism that comes with it trying to maintain the crumbling order. The book is from the 90s, but it is so 202O.

What I worry is that It is really political. And i don't know If kaufmann can do that