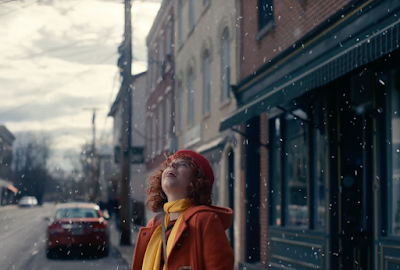 “’Most people are other people. Their thoughts are someone else’s opinions, their lives a mimicry, their passions a quotation.’ That’s an Oscar Wilde quote.”

It’s complicated. Tinged, you might say. That’s what Jesse Plemons character says. “Everything is tinged,” Jesse Plemons says. Jake says. His character’s name is Jake. The actor, like the actress, is named Jesse, give or take an I. 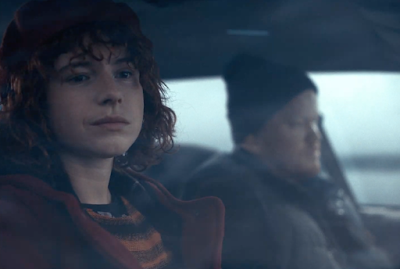 Our Jess(i)es are on a road trip. Every couple who lasts long enough to have one has one. A first. Also a last, since a first is always a last, as there is only one first. In that way a last is also a first, because it’s the first last. So Jake is taking his girlfriend, his friend who is also, probably, a girl, played by Jessie Buckley, on the road to his hometown to meet his parents (played with delectable rubber-faced menace slash delight by Toni Collette and David Thewlis). For the first and last time.

Who hasn’t done that? It’s perfectly normal. Like how saying something is “perfectly normal” immediately renders its normality suspect. Mugging faces, stage paint. We have all been through it. Unless we haven’t. But we all have. I went through it watching this movie, and so will you, if you watch this movie. See? That’s everybody. We’re the only people here, you and I.

But I have also gone through it in real life. I can’t speak for you. I have gone through it both ways – I have been taken home to see a hometown, and I have taken home to show my hometown. It is, as they say, a rite of passage. As they say. You know the gist – here is where I was born, here is where I died -- it was only a short time for you, you took no notice. That is what Kim Novak says to Jimmy Stewart in Vertigo. But it’s what I mean, too.

You show your beloved the field where you played as a child. The swing-set where you broke something. There is where my grandmother lived, when she still lived, you say. (My grandmother is dead.) This is my high school. Was. I went there a long time ago, but it could have been yesterday. Doesn’t it feel that way sometimes? Sometimes you close your eyes and it’s yesterday, or sometimes you’re already dead and then you close your eyes. 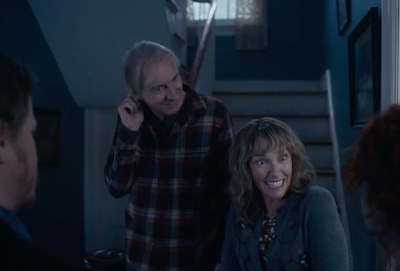 You take your person to these places and show them these things convinced that they will add up to a you. Nouns akimbo. Like a sandbox full of ashes, you push and pile and glue the pieces together into a general you shape, twist its mouth into a smile, wave hello. This is me, you say. “It’s not you it’s me,” you say. A snowman of soot memories. A stack of books.

That’s the conundrum of a relationship – we join with other people so that we ourselves can in turn be seen. Known. Remembered. One person can’t make a relationship. One person can’t make a person. If there’s nobody there to see you when your tree falls over in the forest who sings? It takes two. Or three, four, what have you. As the book that came before the movie asks, you can’t be The World’s Greatest Kisser without a person(s) to kiss, now can you? (You can possibly be the World’s Smartest Person, but that’s a whole ‘nother can of maggots.) 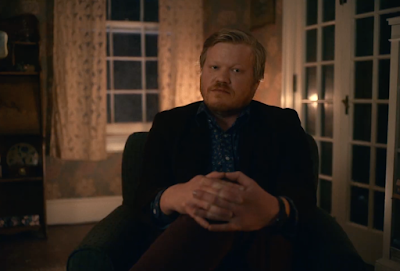 An adaptation nay an exorcism of Iain Reid’s 2016 horror-tinged novel by the same name, I’m Thinking of Ending Things is fiercely sweetly disturbed Kaufmanesque territory we find ourselves wandering into. Matrix-like glitches erase pauses, costumes, moments. An Eternal Sunshine-esque storm of snowflakes blots out details both big and small – Jake and his girlfriend, his friend who is also, probably, a girl, could drive deep through Synecdoche and well across Montauk for all we can tell, so blank is the canvas they trot across -- nothing but footprints filling up, quickly whiting away.

If you see just one set of footprints, as they say, it’s because Jesus is there, watching, waiting, hiding somewhere sinister ready to strike. I think somebody said that but I can’t remember who. It might have been Madonna.

So the Jess(i)es walk Jesus-like in each other’s footprints, sorting each other out. One offers the other slippers, the other offers the other tire chains. For the snow. There’s something one doesn’t like in the basement – scratches, a convulsing Border Collie. Jessie Buckley says she is thinking of ending things. Like the title. She says the title, first. Bad vibes enclose, encircle. Ending what? Something is trying to get in. Or maybe out? It’s complicated. 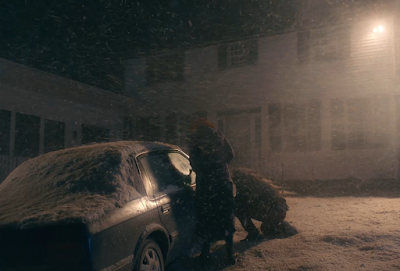 Listen. Charlie Kaufman, like this review, isn’t for everybody. But you know that already. If you stopped reading this review one paragraph in you know it without me telling you that. And if you made it this far you know it now, because I just said it. Either way. It ended before it began or our understanding of it began when it ends, because the end is what made sense of it. Completed it. Total, sum, game. Try to draw a line without giving it an end, I double triple dog dare you.

Some people can just make the lines into circles and the circles into stars and the stars into everything, and Charlie Kaufman is one of those people. I’m Thinking of Ending Things is everything. Lines, circles, stars. It’s two people sitting in a car singing jingles and it’s a heart and a brain exploding like fireworks. Ka-pow. Funny Thumb Gesture here. It’s life and death and it’s whatever all that little big stuff connecting those impossibly-extricated persons and places and things are. It’s a pile of pig ash, a frozen body behind a barn, and it’s a beautiful ballet making beautiful ballets out of beautiful ballets where no beautiful ballet had been before. Two to metaphorically tango. 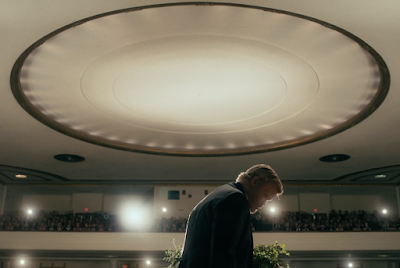 I actually kind of hated this movie. I figured out what was going on and what was happening about 15 minutes (I won't give anything away) in to it. But it was kind of obvious. Also none of the characters were in any way interest, especially when you have figured out wa=hat is going on. I am a trained observer so I notice a lot of things other people don't, but com on.

Well I don't think it's really supposed to be a puzzle to be solved? It's not an M. Night movie. If you're just looking for the "twist" and trying to "figure it out" that way yes, you'll be disappointed. I found it to be about so much more than just that.

I hated everything about this movie from its 4:3 aspect ratio to its poor animation to its self conscious artsy ness. Film school graduate student level work at best.