More Midsommar Than Any Man Can Stomach 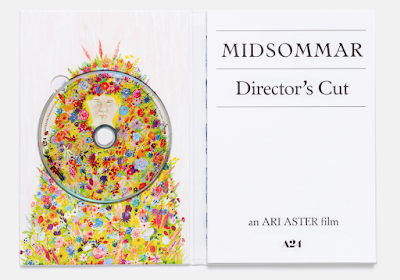 Urgh my wallet is taking a wallop today, what with the new Sufjan album getting announced this morning and now this this THISSSS -- A24 has just announced they're releasing a super fancy schmancy blu-ray edition of Ari Aster's director's cut of his most recent horror film Midsommar, which played some theaters late last year; I talked about it a little here. I don't hate the longer version! I know the film felt long to some people already but I was not one of them, and I found the extra footage fascinating. And when I say this edition is "fancy schmancy" I mean "fancy schmancy" -- here's how they describe it:

"The first Collector's Edition from A24, Ari Aster's 171-minute director's cut will look as crisp on your bookshelf as it does in 4K Ultra HD. Blu-ray disc comes enclosed in a clothbound, Hårga-yellow slipcase, accompanied by an illustrated 62-page booklet featuring original artworks from the film by Ragnar Persson and a foreword by Martin Scorsese."

See? Fancy schmancy. This sucker will run you fifty bucks, including shipping, but perhaps it will fill the hole in your heart where that Midsommar "Bear in a Cage" once would have fit. Sigh. Every time I think of the 50 people who scored one of those I get furious all over again. Fuck you people! I'm gonna go look at Jack Reynor's penis and make myself feel better. (Click here for my review of the film, if you never read that.) 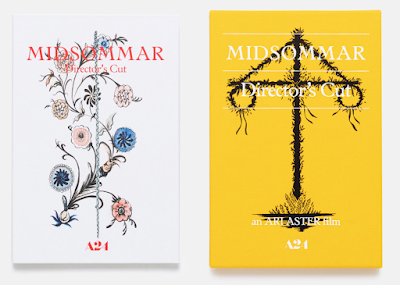 Sometimes I feel like I’m the only one that still buys movies. Do you still buy blurays/DVDs? If so, how many would you say get in a month?

Oh my god YES I have so many. I probably buy a couple a month in normal times, but it went way up during my quarantine time at home during this pandemic.

I still buy them as well. At least one per month.