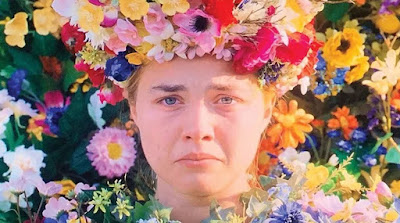 .
Still dunno if A24 plans on ever releasing this 25 minute longer cut of the film -- it will definitely NOT be on the blu-ray that they're dropping in October. So perhaps a Special Edition is in our future, or perhaps you need to get your ass to the theater this weekend to see this cut now. If you loved the movie the original way...

... I really recommend catching the longer version. I know I never wrote up my thoughts on it properly (you can and should click here for MNPP pal Kristy Puchko's take on the differences though) but it's all a net gain, says me -- the cut scenes fill out moments the original left a mite too vague, and really properly allow us to live and breathe and soak and trip our balls off in the world Aster's artfully created for us. ETA you can see where the film's playing and buy your tickets right at this link!
.
Who? Jason Adams When? 1:17 PM