His Acts For Humanity Are Awe-Inspiring 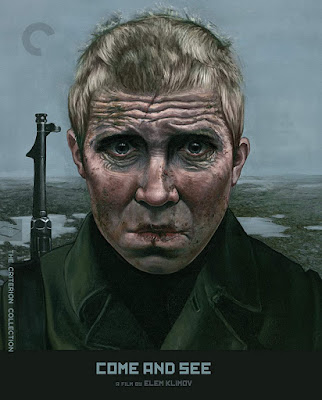 Elem Klimov's truly brutal anti-war film 1985's Come and See -- calling it a "film" even feels inadequate, it's more of an "experience" -- is out on Criterion blu-ray today, and if you've never seen it I... well I highly recommend you do. Here's my review of the recent and really spectacular restoration, which is what you'll see on this disc, along with all the usual Criterion special-feature bells-and-whistles. It's weird to recommend this movie since watching it once might be plenty for most people -- hell that might be more than plenty for most people. It will honestly and truly scar you. 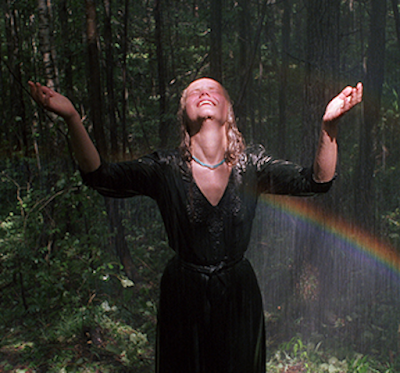 Although I will say there's an interview with famed cinematographer Roger Deakins on the disc where he says he watches the film all the time, and I get that too -- I think I will probably fall somewhere in between and be able to bring myself to watch Come and See a couple of times in my life, just because it's so intelligently made and visually striking that it demands one wrestle with it properly and not write it off or turn away from the truths it exposes about humanity and violence and or relationship with our own horror. Anyway. Come and See! Out on Criterion now! Surely there will be Quarantine Viewing Parties popping up all over the place! Have a lot of vodka.
.
Who? Jason Adams When? 10:55 AM

I saw CAS after watching The Story of Film with Mark Cousin’s high praise of the film. Overall, maybe something was lost in translation for me. I really had a difficult time accessing the world of this film. The handheld camerawork, the emphasis on mundane chaos, the body language of the actors even, it all left me with a question mark hovering over me. And I’m thinking something is wrong with me, and I have to see it again. Maybe I will. Perhaps the Criterion version will illuminate it for me.