Rock Out With Your Wittrock Out 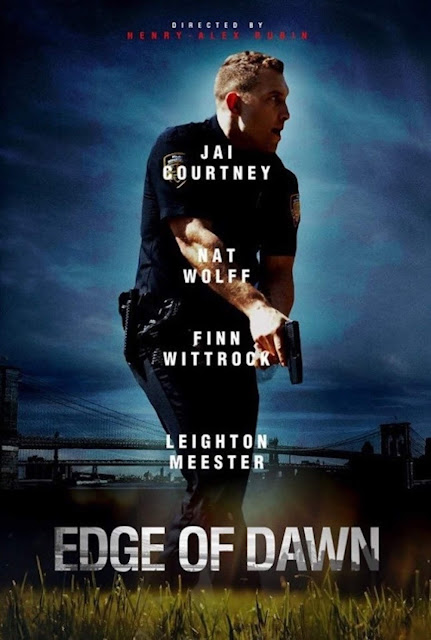 Well we started the day with Jai Courtney, we might as well end the day with Jai Courtney -- and oh to start and end the day with Jai Courtney, like for really real -- that there is the first official (I think) poster for his upcoming cop slash army thriller Edge of Dawn (I say "I think" because there's only one source and there's a chance it could be fan-art I guess). This was previously titled Semper-Fi, when we posted all those pictures of Jai & Finn Wittrock & Co hanging out together on the set -- just last week we shared the first official photo from the film, which is pretty similar, but not the same, to that shot of Jai seen in the poster. Anyway in summation whoever put Finn Wittrock's name where Finn Wittrock's name is on that poster... I tip my glass to you, you crafty sumbitch.
.
Who? Jason Adams When? 4:59 PM