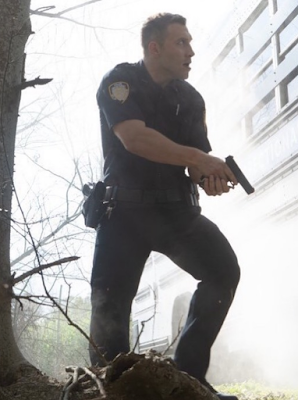 The movie formerly known as Semper Fi, which stars Jai Courtney and Finn Wittrock and several other dudes of that sort and which we ogled the set a few times during its shoot, has gotten a re-title -- now it's Edge of Dawn (god that's bland). Deadline shares that news along with that first official picture of Jai and the word that it is now heading to Cannes looking to get picked up by a distributor. Oh and they have some more info on the film, too:

"Also starring in the former are Nat Wolff (Paper Towns), Leighton Meester (Gossip Girl), Finn Wittrock (American Horror Story), Beau Knapp (Seven Seconds) and Arturo Castro (Broad City). Directed by Henry-Alex Rubin (Murderball) and written by Rubin and Sean Mullin, the film is produced by Karina Miller (To The Bone) from Sparkhouse Media and David Lancaster (Whiplash) of Rumble Films. The story follows Cal (Courtney), a by-the-book police officer who makes ends meet as a reservist in the Marine Corps along with his rowdy and inseparable group of childhood friends. When Cal’s younger, reckless half-brother Oyster (Wolff) accidentally kills a guy in a barfight and tries to flee, Cal is torn between his family and his job." 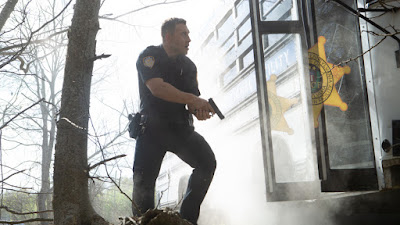