Sing To Me, Alessandro 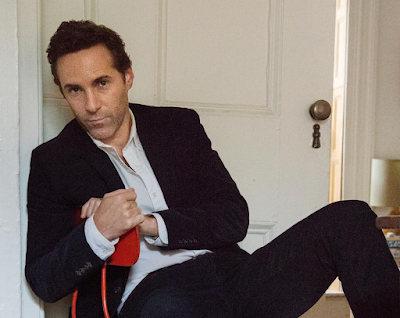 Literally thirty seconds after I stumbled upon the release date of Alessandro Nivola's upcoming karate movie The Art of Self-Defense and put it into my calendar -- July 12th, just in time for my birthday! -- I saw new Alessandro news on Variety, proving if you put good energy into the world good energy will come back to you. The new news is that Nivola is re-teaming with his Junebug director Phil Morrison (YES) to make the country music biopic Satan is Real alongside his BFF Ethan Hawke -- Nivola & Hawke will play Charlie and Ira Louvin, brothers who made "hillbilly gospel" music (as Hawke describes it) in the 1950s and 60s. I don't know their music but I do know their infamous album cover: 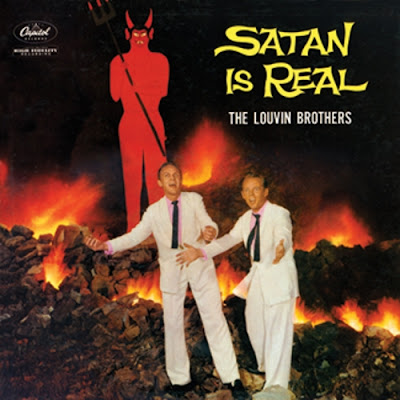 I mean, you've got your movie poster right there.
But here, let's listen to that track and educate ourselves:
.
.
Anyway unlike today's other two musical movie stories -- Adam Driver for one, Jamie Dornan for another -- we know very well that Alessandro Nivola can sing, and sing beautifully, because of his last collaboration with this director. The scene where he sings at church in Junebug still gives me chills all these years later.
.
.
Who? Jason Adams When? 4:28 PM