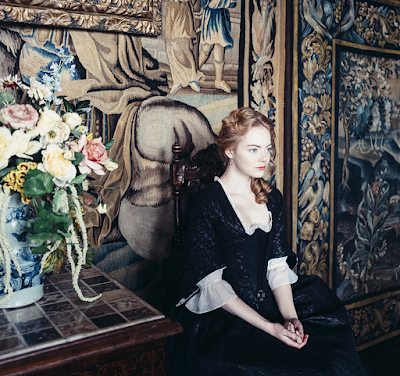 Last week over at TFE I told you about the first film announced for this fall's New York Film Festival, Alfonso Cuarón's Roma... well today there's another and I'm already getting real friggin' excited in my excitable places -- Yorgos Lanthimos' The Favourite is their Opening Night picture! 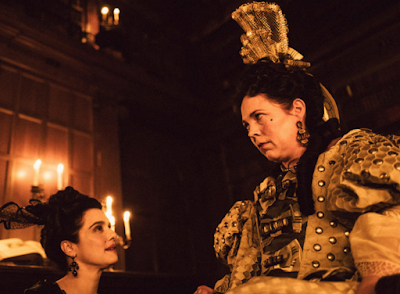 I've been keeping tabs on this movie since Day One when it was set to star Kate Winslet; she was eventually replaced by Rachel Weisz, but the other stars, Olivia Colman and Emma Stone, have stayed the same and added some swell (also: hot) names to their ranks like Nicholas Hoult and Joe Alwyn.

I bring all that up not (just) to brag about how thorough I can be when my heart is involved - and make no mistake, Yorgos has my heart - but to point out instead what an utter and tremendous flop I am. I haven't posted the film's trailer! Even worse I haven't even watched the film's trailer! I literally just explained what's up with me and movie-trailers in the post I wrote five minutes ago about Aquaman though, so I'll try not to be extra-redundant today. I'm just gonna shut my face and post the trailer. Face shut!
.