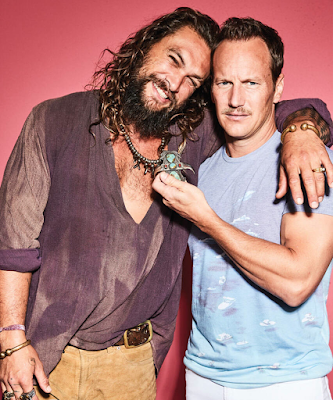 To use Tai's word of the day I only "sporadically" watch movie trailers anymore - even the ones I post here on MNPP I usually just skim for skin - since they almost always give too much away. So I have no opinion on the Aquaman trailer that people were making their opinions known on Twitter about this weekend, as I haven't bothered watching it. All I need to know is...
.

Funny enough this is the same thing I will be asking the usher at the movie theater where I go to see Aquaman pic.twitter.com/gXbTAjSNwE
— Jason Adams (@JAMNPP) July 23, 2018

.
... well yes, that. But also what James Wan said
in an interview with JoBlo last week about Momoa:

"He's pretty much naked half the movie"

Now I'm not new to movie-hyping and I know that Wan's "pretty much" leaves enough leeway to guarantee that Jason Momoa's Aqua-balls aren't gonna be slapping Patrick Wilson in his face during their big battle scene at the end of the film. Much to society's loss! I would personally - personally! - have made sure that Aquaman's gross doubled Black Panther's if that happened. But I'm cheap and I am easy and so I'll take "pretty much naked for half the movie" and I'll be happy, dammit. Happy as a hair on Patrick's stache, I'll be... 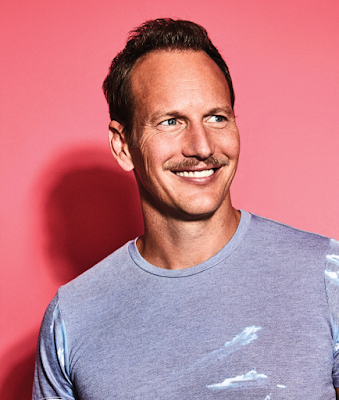