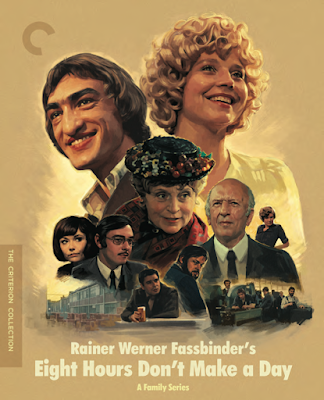 The minute that I first heard that Rainer Werner Fassbinder's somewhat lost and definitely obscure 1972 TV series called Eight Hours Don't Make a Day was getting a little theatrical run here in New York (watch the trailer here) I assumed it was prefacing a nice fancy blu-ray release and voila, I was right - Criterion just announced their October releases and there it is, nice and fancy! The most exciting thing to me on the disc, besides the series itself (which looked absolutely gorgeous when I saw it projected at MoMA) is the 2017 doc that talks to several of the surviving actors from the eight-hour-long series, including  Fassbinder regulars Hanna Schygulla and Irm Hermann. 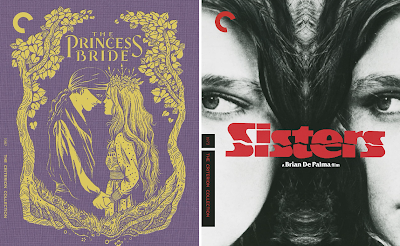 The other titles that Criterion announced are hardly slouches - Brian De Palma's Sisters is getting the 4K upgrade (supervised by De Palma himself) which is pretty fantastic since every copy of this movie I've ever watched over the years has been kind of muddy and if ever a movie needed its colors to pop it's this blood freak spectacle starring Margot Kidder as conjoined twins. Also on tap: Shampoo and The Princess Bride! Wow Criterion's killing it.
.
Who? Jason Adams When? 4:28 PM