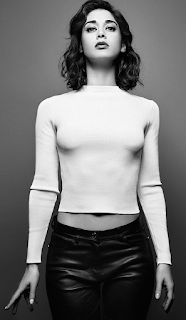 --- Release The Hounds - I wasn't one hundred percent sold on the Aussie serial-killing-couple flick Hounds of Love last year when I saw it at Tribeca (here's my review) like I know some people were - I wasn't convinced it wasn't fetishizing its ugliness past its own clarity of purpose - but it certainly introduced a filmmaker with talent in director Ben Young. Anyway I hadn't heard he was making a sci-fi movie with Universal his next project (a big step up!) until this week when word came that the movie, titled Extinction, had apparently been yanked off their schedule months ago... but Netflix has now come to the rescue. The really exciting thing about this is the movie stars Michael Pena and Lizzy Caplan. No word on a release date but we'll keep our eyes peeled!

--- Not So Amazing - Things aren't looking great for the Amazing Stories reboot right now - Bryan Fuller left the series earlier this week after several solid years of working on it, and today comes word that his producing partner on the project has also left. Ye olde chestnut "creative differences" is invoked. Sad this didn't come together with Bryan, I'd heard some of his ideas and they were fantastic. Guess we've got to focus all our happy hopes upon his Anne Rice Vampire series now, which is good with us! bring on the sexy gay vamps! 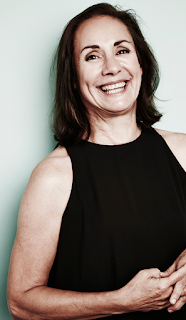 --- Lady Metcalf - Sometimes you read an interview and you can just feel the decency sliding off the page and I got that feeling read this chat with Laurie Metcalf in The Guardian the other day - she just seems like such a nice lady. It's mostly about Lady Bird of course but she talks about Roseanne as well as her early career, and I especially loved this part (mostly because of the Joan Allen shout-out:

"The adolescent Metcalf grew up in Carbondale, Illinois, with a certain amount of talent, but no clear vision of what to do with it. “I had accidentally gotten a laugh on a line in a play I was in during high school. I got hooked but I had no idea I would ever be able to support myself by acting. I knew no one in the business. I was from the midwest. No one within a radius of a thousand miles was doing anything like that.” While attending Illinois State University in 1976, Metcalf fell in with a group of fellow drama students including John Malkovich, Gary Sinise, Joan Allen and Terry Kinney. “They used their horrible magic on me and turned me into one of them.”"


--- Fishmonger Menfolk - The Witch director Robert Eggers has written and is directing The Lighthouse, about a lighthouse keeper in Maine (it will be filmed in Nova Scotia though?), and it will star Willen Dafoe. That all sounds swell! It's shockingly easy to picture Willem Dafoe dressed like the Gorton Fisherman, isn't it? Anyway like I said that sounds swell, but what's not so swell is this means that Eggers' Nosferatu is on hold. I was really looking forward to seeing him apply his old-timey fascinations onto that turn-of-the-last-century vampire tale. I hope he does it next, then. 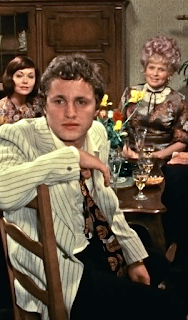 --- Eight The Great - I'm ashamed that I haven't written up my own thoughts on the spectacular experience of seeing Rainer Werner Fassbinder's eight hour long 1972 television miniseries titled Eight Hours Don't Make a Day at MoMA a couple of weeks ago - it was so overwhelming I want to do it properly but time's not been on my side. But there's a really wonderful take on the series over at Film School Rejects that I recommend reading! And if you're in NYC in march the whole thing is going to screen at Film Forum from the 14th to the 27th. And one should assume a blu-ray release later, I think.

--- And Speaking of titanic sized directors of the New German Cinema even though it's somewhat mean-spirited towards one of my faves I found this piece dissecting Werner Herzog's commercialization of his "outsider" brand pretty fascinating - I hadn't realized that his 2016 internet documentary Lo and Behold, Reveries of the Connected World had been funded by an internet security company as a sort of "soft" brand marketing strategy. I have always found the entire idea of "selling out" fairly lame personally - Werner gotta eat! - but this does represent a new age of "content" conceptions worth reckoning with.

--- And Finally the best thing about the video Tom Hardy made of himself wearing his cup - as in the little dick shield that male athletes wear to protect their precious, precious testicles - over his face and doing Bane dialogue through it to his dog, is his dog's insistence on licking said cup. SMART DOG. (thx Mac)
.

Tom Hardy quoting Bane lines to his dog with a nut cup over his face is, without question, the best video I've ever seen pic.twitter.com/OM5eFdtrl6
— KoyANDYsqatsi (@Andyzach) February 5, 2018