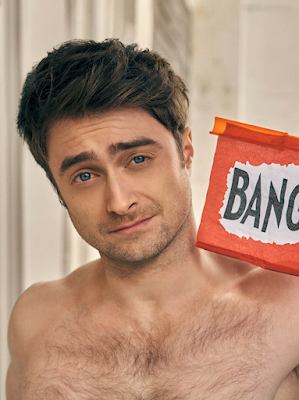 I see some sites saying that the studios aren't releasing anything right now because the Black Panther sequel next week is about to swallow everything up for a bit, but by my estimation there are four movies out today (five actually, counting streaming) that are definitely worth a look. So let's give you a run-down. First up Daniel Radcliffe stars as Weird Al in Weird: The Al Yankovic Story, a phony biopic that's very funny. I shared the trailer right here -- I have seen the movie and I enjoyed it but I'm not writing a review because I don't think I could string more than five sentences together on it. It's got some good laughs but I feel the entire thing slipping away less than a week on -- in ten years I imagine it'll pop back into my head randomly and I'll be like, "Oh my god, that happened" and that will be the extent of it. 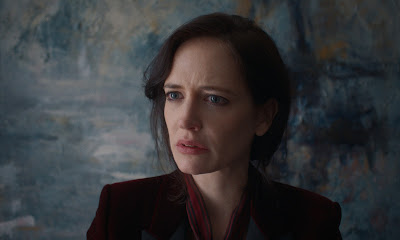 The only new movie that's out today that I have unfortunately not seen is Nocebo, the horror movie starring Eva Green that I told you about when it was announced as the Opening Night film for the Brooklyn Horror Fest last month -- the trailer can be viewed right here. Y'all oughta know by now what gigantic Eva Green stans we are around these parts, and Sara at Pajiba seemed to like the movie a lot (I only skimmed the review, since I didn't want any spoilers). This movie's only in theaters. 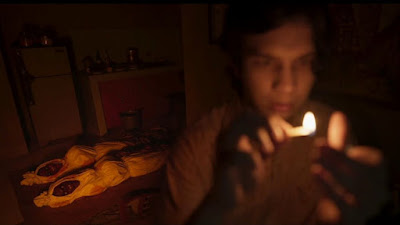 Which leaves us with three movies that I have both seen and reviewed. First up we have Indonesian genius director Joko Anwar's new movie, Satan's Slaves 2: Communion, a sequel to his 2017 film, and it is on Shudder right this very second. Both of them are! Watch them back to back! I reviewed the new one right here at BHFF and said, "These movies are seat-jumping funhouses full of chaos and over-the-top terrors, and this one's as big a blast as any." 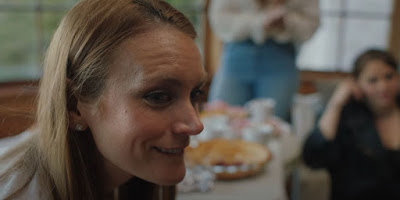 And speaking of scary the Nazi Wine Mom thriller (what a phrase) Soft & Quiet is out today and man alive talk about a terror -- here is my review of that one from earlier this week. Choice quote:

"The innocence of the American Dream is befouled, and this brave movie looks the filth of it straight in the face. It's the truest sort of horror -- the one too horrible to be anything but true."

This movie might be a lot to watch the weekend before the election honestly, but it's real good and I recommend seeking it out. I don't do "trigger warnings" because I respect y'all enough to be smart enough to know your own boundaries and whether you might be able to sit through something, but I'm not gonna lie -- this one's got some really rough fucking moments, mostly because they ring so true to the reality of our moment. 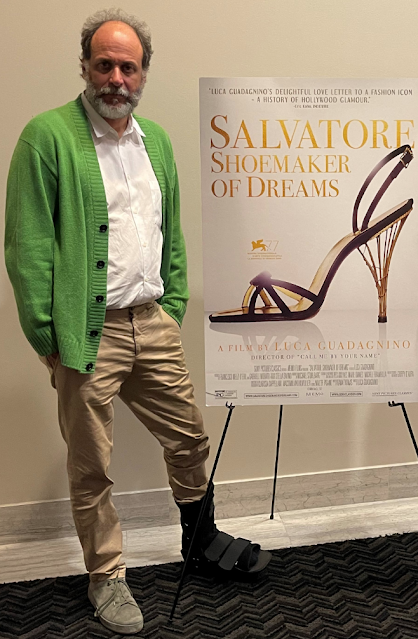 Lastly, lightestly, but not leastly, we have Luca Guadagnino's documentary Salvatore: Shoemaker of Dreams, which I shared the trailer for yesterday. This doc doesn't ask anything of you but it's well-done and a true comfort watch, following the original Ferragamo's creation of his brand through the earliest years of Hollywood, where he got his start making boots for Mary Pickford & Co. It's a surprisingly fascinating story! On a sidenote: I hope your foot is okay, Luca! How ironic that he attended the premiere of his documentary about shoes with a big cast boot on one of his feet!

Daniel is hot! I would definitely fuck around with him