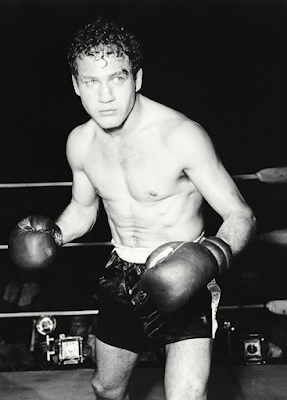 It is Election Day here in the US and I am desperately trying to distract myself -- I mean I have real work I should be doing, but I can't focus on that. But it's easy enough to focus on one of our "Siri Says" series posts, they ask very little of me while also being extremely time consuming at the same time. It's perfect! It's been a few months since the last one of these that I did, as film festivals began eating up my time, but as I've made clear a few times this year we have very few years left to choose from at this point! Only a handful, and today's pick -- the movies of the year 1956, which the post's title gave away -- brings us to the end of the 1950s. We've now chosen our favorite movies from every year that decade! 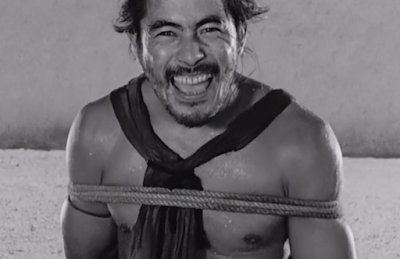 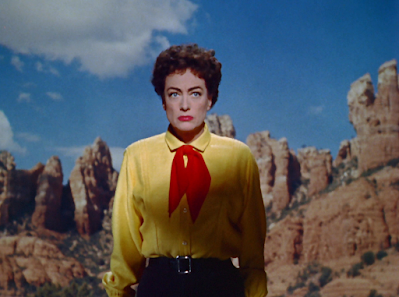 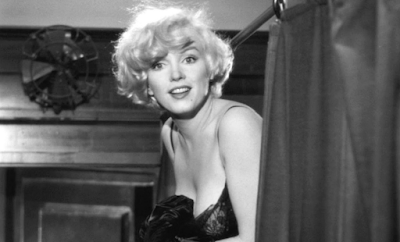 It's a pretty great decade for movies, right? One of my favorites mainly because you had Brando and Dean and Clift and Newman and Rock Hudson and Steve Reeves (good lord), and you had two of my favorite film directors -- that'd be Sir Alfred Hitchcock and Douglas Sirk -- hitting their strides. Hitch alone has faves in like half of the years from 1950s, and both of them make today's list twice, including a runner-up each. 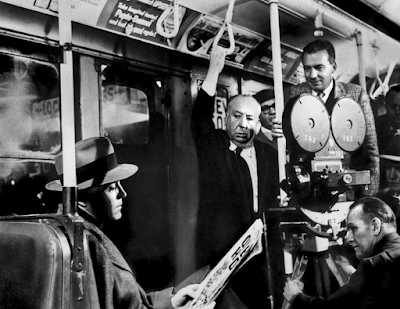 One other weird side-note about this year in the movies -- an inordinate number of movie titles were very long this year. Around the World in 80 Days, The Man Who Knew Too Much, The Girl Can't Help It, The Teahouse of the August Moon, Somebody Up There Likes Me, The Man in the Gray Flannel Suit, The Best Things in Life Are Free.... and those are just a handful. I feel retroactive pain for all of the people who worked putting titles up onto the movie theater marques in 1956, truly. Anyway let's get to it...
My 5 Favorite Movies of 1956 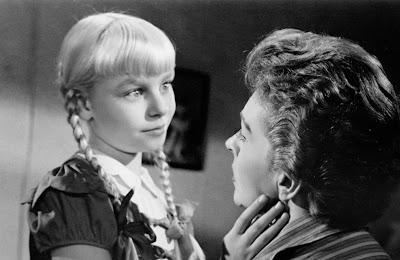 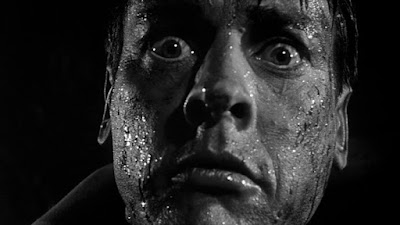 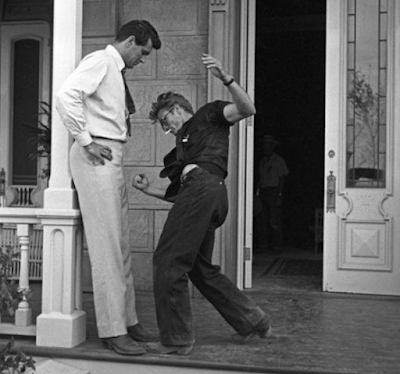 Oh YAY! I LOVE these posts and 1956 was a flat-out brilliant year for film so this is going to be a long comment!

Firstly, I love the final two photos of the Misses Stanwyck and Baxter!

Great choices for your top 5. All fine films and I’m not surprised to see the divine Written on the Wind at number one. What a ride that film is with Dorothy Malone positively pushing everyone off the screen (though Robert Stack gives her a run for her money)

The Bad Seed is so stagey but still compelling. Nancy Kelly spends almost the entire film on the very verge and is entertaining, but I’ve always been intrigued by the proposed casting of either Bette Davis or Rosalind Russell as Christine before they decided to go with the Broadway cast. Both would have been fascinating choices.

I’ve seen all your runner ups excepting Ilya Muromets-I’ll have to check that out-and enjoyed them all. Well Rodan isn’t something I’ll be racing back to see.

I recommend all your not seens expect War and Peace (turgid and dull) and Around the World in 80 Days (it’s a star spotting extravaganza but a hollow shell otherwise and my pick for the worst Best Picture winner ever. Ugh!)

I couldn’t possibly stop at a top 5 with this year but I’ll start there. This is a rich year even my runner up list is loaded with films I love.

Top 5 of ‘56
The Searchers (I’ll never understand how it was shutout at the Oscars)
Written on the Wind
The Solid Gold Cadillac (Judy Holliday could do no wrong!)
Three Violent People
Carousel

Runners-Up (alphabetically):
Anastasia
Autumn Leaves
The Bad Seed
Bitter Stems
Child in the House
Don’t Knock the Rock
5 Steps to Danger
Full of Life
The Harder They Fall
High Tor
Hilda Crane
The Killing
The King and I
The Leather Saint
The Price of Fear
7 Men from Now
Sissi: The Young Empress
Stranger at My Door
A Town Like Alice
While the City Sleeps

I cut myself off at 40 films and there are still a bunch of terrific titles left off, a very good year for film.

Your list pretty much nails it. Written on the Wind is a great, camp classic. The Bad Seed is still as creepy as ever; Forbidden Planet is the most intelligent science fiction movie I’ve ever seen. I find Invasion of the Body Snatchers intensely creepy and The Man Who Knew Too Much is a minor masterpiece.

I’ve never been able to sit through The Searchers, loathe High Society (Grace Kelly couldn’t act), but The Red Balloon is a treat, The Girl Can’t Help It is pretty fun. Not a fan of Gary Cooper, so not a fan of Friendly Persuasion. I just saw Baby Doll last year while doing research on Elia Kazan and though it was marvelous.

King Vidor’s War and Peace is a superb film. The King and I is glorious, the best film of a Rodgers and Hammerstein musical (although not as beautiful as The Sound of Music). Hepburn and Burt Lancaster are marvelous in The Rainmaker and Kirk Douglas is brilliant in Lust for Life. I’ve seen Carousel too many times and can’t sit through it, and I hate Bus Stop. Marilyn Monroe was a natural and a great comedienne. She went to the Actors Studio and it ruined her. The result is her performance in this film. I would add Moby Dick, a fine adaptation of the book with good performances, as well as The Harder They Fall, which was Bogart’s last performance.

Wow, I've never seen that pic of Dean and Hudson before. It's quite something.

Wow, you have some great movies on your “not seen yet” list!