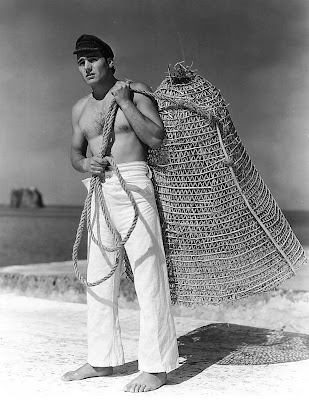 It's been a few weeks since our last dalliance with the little lady who lives inside of our phone and she's feeling neglected - my bad, baby. So let's see... gimme a number between one and one hundred... and the number is 50. Meaning today we'll give you a list of our favorite top five from The Movies of 1950. This is a year that saw some of the greatest movies of all-time come out and then... a lot of movies that weren't the greatest of all time come out. Oh but I'm sure y'all will let me on to what I'm missing in the comments - there are an awful lot I haven't seen. But for now I give you... 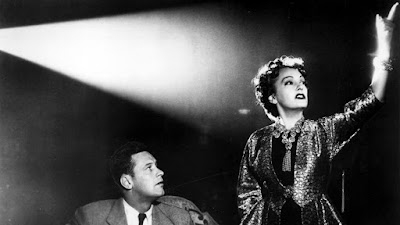 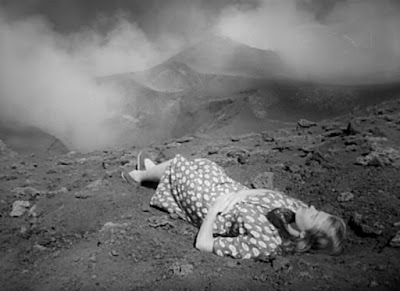 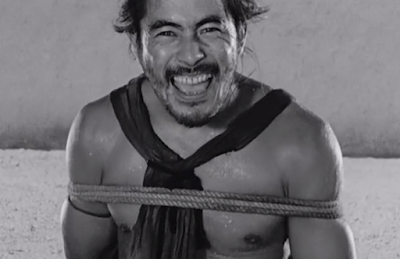 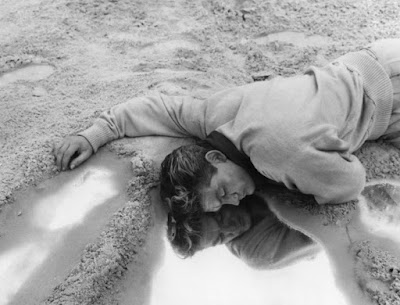 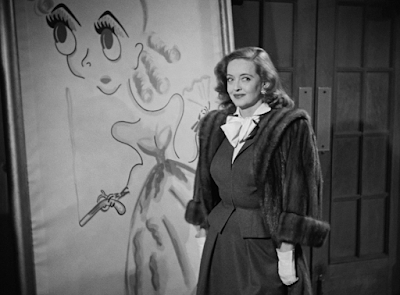 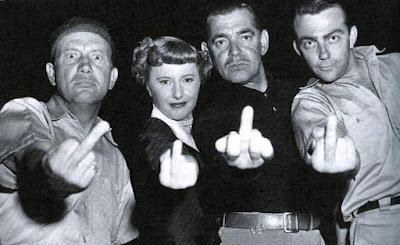 You must see Cyrano. My all-time favorite movie.

You chose a great year for movies! My all-time favorite movie is All About Eve; the best movie Hollywood ever made about Hollywood is Sunset Blvd; Rashomon is scary. Love Born Yesterday and I directed the play, too. Orpheus is beautiful. Not sure I agree with you about Stromboli. Cinderella is the first movie I ever saw in a theater, but it must have been the 1957 reissue, because I wasn't around in 1950 physically. Stage Fright is brilliant Hitchcock.

Frankly, you're not missing much with Annie Get Your Gun. Betty Hutton is so miscast. There's a TV version from the same period floating around and it was done with Mary Martin and John Raitt. I saw it once and it was really good. Cyrano de Bergerac won an Oscar for Jose Ferrer, and it's worth seeing, although of course, the French version is better. La Ronde is lovely.

In a Lonely Place, worth seeing for a great performance from Gloria Grahame
Father of the Bride is terrific, because Elizabeth Taylor was a young bride having recently married Nicky Hilton
Treasure Island is a marvelous version of the book, with Jack Hawkins as a perfectly cast Long John Silver
Three Little Words with Red Skelton and Fred Astaire is a superb movie
A friend of mine recently recommended Gone to Earth, so I'm going to check it out shortly
Young Man with a Horn is based on the life of Bix Beiderbeck and it stars Doris Day, Kirk Douglas and Lauren Bacall as a butch lesbian. Harry James and his Orchestra did the music. It's a minor queer classic.

Interesting choices. Sorry to say I really didn’t like Stromboli, Ingrid was just fine as usual but I couldn’t get into it….I did however really enjoy “Fear” her 1954 film with Rossellini.

What an amazing year 1950 was! A top 5 is hard to narrow down to so here’s one with many, many, many runner-ups.

1) All About Eve-Razor sharp and ever fresh.

2) The Breaking Point-John Garfield’s second to last film and his best with a super blonde and all-around super Patricia Neal.

3) In a Lonely Place-One of the darkest noirs out there with the amazing team of Humphrey Bogart and Gloria Grahame punching the story across.

4) Sunset Boulevard-Sad brilliance in this tale of thrown away people.

5) No Way Out-Still timely racial drama of hate mongering bigot Richard Widmark determined to wrack vengeance on doctor Sidney Poitier who he blames for his brother’s death. Sister-in-law Linda Darnell initially helps him but realizes her error and becomes a driving force towards stopping him. Poitier’s screen bow, he’s a little rocky but the other two are flat out great.

The next 15 in approximate order:

6) The Damned Don’t Cry-Diamond hard Joan Crawford vehicle of her climb from housewife to supposed society girl/really gangster’s moll and the price to be paid for such folly.

7) Three Secrets-Patricia Neal, Ruth Roman and Eleanor Parker as mothers who have given up their babies and now five years later wonder if the only survivor of a mountain top plane crash is their child.

12) The Toast of New Orleans-Opera diva Kathryn Grayson and fisherman Mario Lanza fight, sing and fall in love. Lanza sings Be My Love.

13) Panic in the Streets-Doctor Richard Widmark & detective Paul Douglas race to stop an outbreak of bubonic plague being carried by fugitive Jack Palance.

14) Under My Skin-The great John Garfield again as a Paris jockey with a young son who makes a foolish decision and finds himself on the run.

15) Harriet Craig-Joan Crawford as a controlling dragon who loves nothing as much as an orderly house.

16) The Underworld Story-Hard eyed noir of a blacklisted reporter being misery to a small town embroiled in murder.

17) No Sad Songs for Me-Maggie Sullavan’s final film as a dying woman who keeps that fact a secret. Natalie Wood plays her daughter.

18) The Clouded Yellow-Another British chase thriller with Jean Simmons and Trevor Howard falsely accused of murder and pursued across the country.

19) The Secret Fury-Claudette Colbert & Robert Ryan are about to marry when a man appears and claims he’s already her husband. Things get rocky from there. Vivian Vance has a small but key role.

20) No Man of Her Own-Broke and pregnant by a lout who throws her out Barbara Stanwyck gets on a train where she meets a young woman and her husband who are also expecting when suddenly there’s a crash. She awakens in a hospital to find the couple dead and the husband’s family believing she is the young wife they have never met. It only becomes more complex from there.

So many more! Here are the rest alphabetically, most without explanations.

Black Jack-George Sanders as a good guy smuggler in Spain falsely accused and looking for the real culprit. With a dolled up Agnes Moorehead.

Frenchie-Starring a whippet thin Shelley Winters as a dance hall queen and Elsa Lanchester as her flashy sidekick.

Morning Departure-Tense drama of a British crew trapped inside a sunken submarine.

So Long at the Fair-Excellent mystery. Jean Simmons and her brother travel to the Paris Exhibition in 1896 and check into a hotel. Next morning her brother is gone and everyone denies his existence. Dirk Bogarde co-stars.

Three Came Home-Incredibly taut drama based on a memoir stars Claudette Colbert as an American woman held hostage in a Japanese internment camp during WWII. It was while filming this that Claudette suffered the injury to her back that made her drop out of All About Eve.

The Asphalt Jungle
The Baron of Arizona
Breakthrough
Cage of Gold
Captain Carey, U.S.A.
Captain China
Dance Hall
Dark City
Double Deal
Edge of Doom
Father is a Bachelor
Father of the Bride
The File on Thelma Jordan
For Heaven’s Sake
The Fuller Brush Girl
Gun Crazy
Gunman in the Streets
Hunt the Man Down
I’ll Get By
Kiss Tomorrow Goodbye
The Lawless
The Men
My Blue Heaven
Night and the City
Once a Thief
One Way Street
Paid in Full
Peggy
Quicksand
The Second Face
Seven Days to Noon
711 Ocean Drive
Shadow on the Wall
Stage Fright
The Sun Sets at Dawn
Tea for Two
Treasure Island
Union Station
Wabash Avenue
Where the Sidewalk Ends
Woman on the Run
Young Man with a Horn

I know it seems as if I’ve listed every film made this year but I haven’t by a long shot. It was just an extremely strong year.

Oh and by the way though I think that picture of Gable, Stanwyck and the others is hysterical To Please a Lady is one of the worst films either of them ever made so don’t feel like you’re missing a thing not having seen it!

Don't bother with Annie Get Your Gun. Betty Hutton is embarrassing—so bad, the dances are awful when not offensive and the ending is an insult. And what happens to the dozen siblings Annie was responsible for? All those wonderful songs redeem the enterprise just barely.

If only Judy could have held herself together for just one more movie...!

BTW, have you noticed how gene kelly always has better relationships with his male friends than his love interest? One gets the impression that he really doesn't like women.