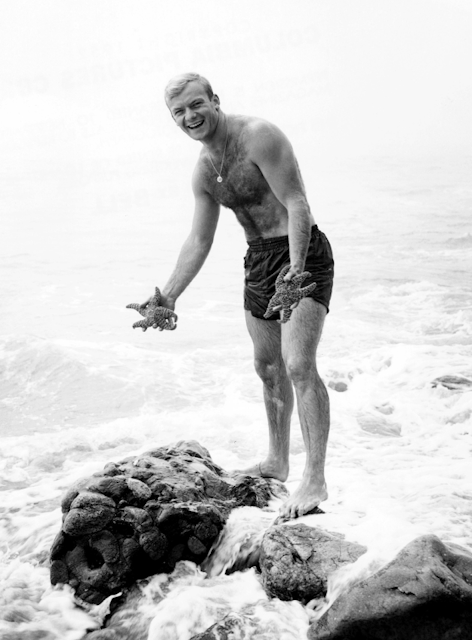 Here, a treat for your Monday -- now that I've got a break from the film fest stuff I'm diving back into trying to finish off my "Siri Says" series! The last one we did was back in April when I finished off the 1930s -- indeed we're getting perilously close to finishing this series, as I think we've got about ten years out of one hundred left to survey? In case you're new round these parts or just need a refresher this series is where I ask my iPhone to pick a number between one and one hundred, and then I give y'all my five favorite films from the year that corresponds to the number given. So for example today the number we've got is "52" and I will be giving you my favorite five films from the Movies of 1952.

Funny enough I'm not finishing off the 50s this time -- I have at least one more year to go until I do -- which makes me kind of sad, as the 1950s are a pain in my ass. I don't love the 1950s to be honest! I've probably complained about this previously one of these times but it's all Noir and Musicals and big bloated Technicolor literary adaptations and it's just not my cuppa. I barely scavenged up this episode's top five and I mostly only like these films, as opposed to loving any (except the first one, which I deeply adore). But hey these are all turning 70 this year, I suppose that's of interest! And with that ringing endorsement I give you... 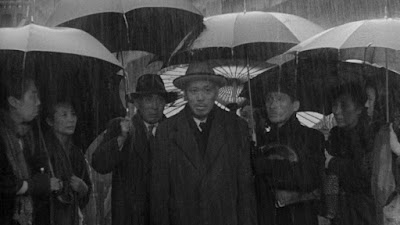 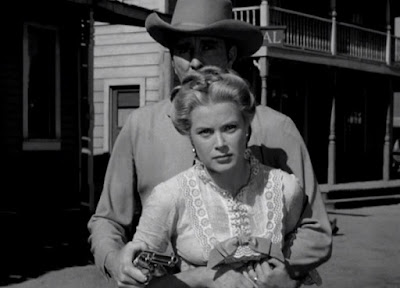 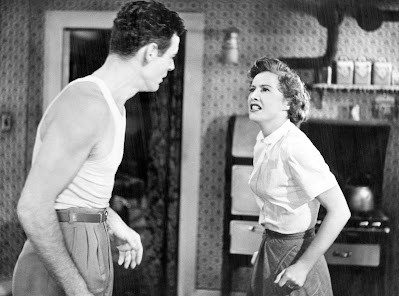 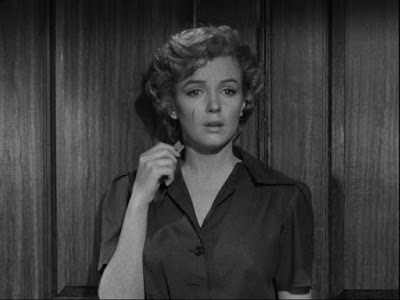 What are your favorite movies of 1952?
Who? Jason Adams When? 3:59 PM
Labels: 5 Off My Head, Babs Stanwyck, Bette Davis, Gary Cooper, Gene Kelly, Joan Crawford, lists, Siri Says When

The best picture Oscar the year I was born, 1952, went to Greatest Show on Earth. It's an epic, but once is enough. However, these are favorites of 1952:

The Bad and the Beautiful - Tough to sit through, but Gloria Grahame is heartbreaking in it; Come Back, Little Sheba - Tough to sit through, preserves Shirley Booth's performance; The Crimson Pirate - a lot of fun; Don't Bother to Knock - proof that Marilyn Monroe was a great actress; Hans Christian Andersen - pure fiction, but Zizi Jeanmaire is in it; High Noon - Great Western. Cooper isn't as wooden as usual in this;
The Importance of Being Earnest - outstanding film; The Member of the Wedding - Preserves these great performances; Million Dollar Mermaid - Esther Williams as Annette Kellerman. Busby Berkeley production numbers, fabulous!; Les Misérables - fine adaptation of this story; Moulin Rouge - a must for Jose Ferrer's great performance and Zsa Zsa Gabor as Jean Avrill; My Cousin Rachel - superb film; Othello - Welles fine film version of this play; Pat and Mike - Tracy and Hepburn having fun together; The Quiet Man - John Wayne's best film; Singin' in the Rain - best movie musical ever!

I absolutely agree with Shawny - it's almost shameful not to have seen Umberto D.

Okay okay I will see Umberto D, eesh! I was embarrassed to realize I hadn't seen it anyway

I'm really surprised you haven't seen Bad and Beautiful. Great star package including Gloria Graham. Hollywood commenting on itself. And Lana Turner in a classic and much remembered scene in a car. Shows up on TCM a lot.

Agreed. The Bad and the Beautiful and also Sudden Fear are terrific films. I think Bad has the Most Oscars without being a Best Picture nominee?

Well, you need to see "Sudden Fear" ASAP. Beautiful crisp BW cinematography, intriguing premise, and a performance by Crawford to remind us how great she could be.

What was I doing in June that I missed one of these!! Well even if it’s way past post time for this entry I’m going to put my list up anyway.

Ikiru is probably the biggest whole in my Kurosawa viewing. It’s high on my to see list but without the access I use to have to TCM it might be a while until I catch up with it.

I wouldn’t rate High Noon quite as high as number 2, but it is an excellent film with one of Cooper’s best performances…Katy Jurado forever!!

Singin’ in the Rain is tons of fun even if I don’t find it as revelatory as most people. You would never know that Debbie was just starting out, she’s full of zest and pep keeping right in line with old pros Kelly and O’Connor. As brilliant as that trio is Jean Hagen puts them in the shade as Lina Lamont.

Two early Marilyn Monroe films in your top 5 and both atypical roles! Clash by Night has such an amazing cast all giving the material a real workout. Barbara is just great; you can feel Mae’s ennui seeping out of every pore. Marilyn does well in an unusual part for her as just a regular girl, albeit a very attractive one but not one who is singled out as special.

She’s also quite memorable in the sad Don’t Bother to Knock. Both Richard Widmark and Anne Bancroft make strong showings but the film rests squarely on Marilyn’s shoulders and she handles it well. LOVE the radios in the rooms that are connected to the cocktail lounge in the lobby!!

All your runners-up are terrific films and I’m thrilled to see The Marrying Kind among them. Great heart ripper of a film with a flat-out genius turn by the inimitable Judy Holliday, in my opinion this is the film that should have won her the Oscar.

I just saw Umberto D last year so don’t feel bad that you haven’t gotten around to it yet, but it is worth seeing for sure. Of the others you haven’t seen Forbidden Games is a blind spot for me as well, but the others are all good in their own way. Greatest Show on Earth is big, splashy fun that if it hadn’t had the misfortune to win a totally undeserved Best Picture Oscar would be better thought of as the colorful entertainment it is. Bad and the Beautiful contains one of Lana Turner’s best pieces of work (ADORE Gloria Grahame but she shouldn’t have won for her nothing role in this especially since she had a better role in Sudden Fear the same year and her win almost surely cost her a nomination and possible win for her knockout work in the next year’s The Big Heat) Speaking of that film I am shocked that you haven’t seen Sudden Fear!! Essential Joan Crawford.

As is typical of these I can’t possibly limit myself to a top 5 especially with any that relate to the 40’s or 50’s my two favorite film decades.

1. The Lusty Men-Wonderful spare rodeo circuit drama reminiscent in ways of The Misfits but without that film's crushing sense of disillusionment. In my view Robert Mitchum’s best performance with Susan Hayward and Arthur Kennedy matching his fine work. Strangely obscure film considering the leads and the fact that Nicolas Ray is the director.

3. With a Song in My Heart-Song heavy bio of Jane Froman and her struggles to recover from a devastating plane crash that nearly severed her leg. Susan Hayward and Thelma Ritter are fantastic.

My many runners-up (in alpha order):

Blackbeard, the Pirate-Not a great film but a colorful ripper of an adventure with Robert Newton consuming scenery whole as the title character, Keith Andes almost constantly without a shirt and the film where I fell for Linda Darnell as a wee nipper, she is breathtakingly beautiful in one fabulous dress after another! As a bonus her maid is a dolled-up Irene Ryan years before The Beverly Hillbillies.

Clash by Night
Diplomatic Courier
Don’t Bother to Knock
Five Fingers
The Four Poster
The Gentle Gunman
The Golden Coach
The Greatest Show on Earth
High Noon
The Holly and the Ivy
Hunted
The Importance of Being Earnest
Invitation
It Grows on Trees
The Las Vegas Story
Monkey Business
The Narrow Margin
O. Henry’s Full House
Rancho Notorious
Singin’ in the Rain
The Snows of Kilimanjaro
Something for the Birds
Stop, You’re Killing Me
Sudden Fear
Thief
The Turning Point
The Washington Story