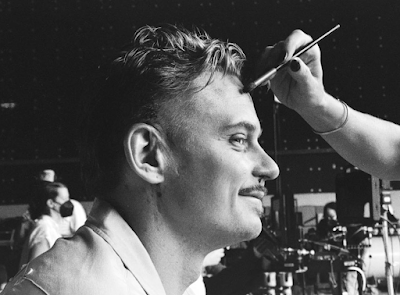 The remake of Road House starring Jake Gyllenhaal is shooting right this very minute, which I only know because Billy Magnussen (who is playing a character named "Brandt" in the film) keeps posting Instagram stories about that fact. Bless you, Billy! Although I suppose that's not entirely true -- today he re-posted a post from actress Daniela Melchior, who's also in the movie, so I suppose I have her to thank as well. Thanks, Daniela! Now we know Billy will have a mustache in the film! Given we're talking Road House here I can't decide if this answers my question from last week about whether Billy is playing villain or friend in the film -- a stache seems a hat-tip to Sam Elliott, who played Patrick Swayze's friend in the movie. But that mustache Billy is rocking is a sinister stache if ever I seen one! That's a Star Trek level villainy stache! I cannot decide! 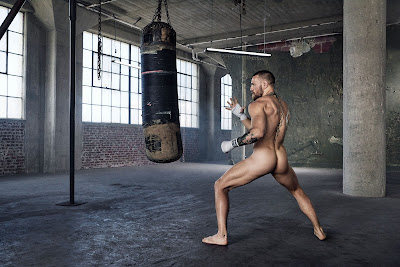 In related news I somehow forgot to that real-world UFC champ Conor McGregor will be making his acting debut in the Road House remake -- which this time around is set against the world of MMA fighting -- which means that we are most definitely going to be seeing Jake Gyllenhaal and Conor McGregor rolling around on top of each other at some point, right? That's why you make this movie. That's why I would make this movie. Oh Heavens to Betsy I'm hard!