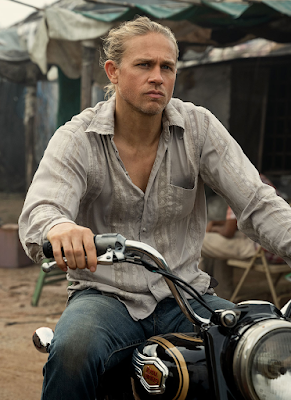 The first official photo of Charlie Hunnam in the forthcoming limited Apple+ series Shantaram has been unveiled via EW (thx Mac), and I was a little surprised in their entire write-up EW never mentioned director Justin Kurzel, who worked with Charlie on True History of the Kelly Gang previously and who I'd for some reason convinced myself to be the creative force behind this show. Wishful thinking, turns out! Kurzel did direct a single episode out of the seven episodes total, but otherwise the show -- an adaptation of Gregory David Roberts's semi-autobiographical book about a former heroin addict falling in love in Bombay in the 1980s -- is coming from The Punisher producer Steve Lightfoot and a bunch of people I'm not familiar with. Well I hope it's good -- we do love our Charlie here at MNPP. See all our previous posts on the series here -- Shantaram premieres on Apple on October 14th. 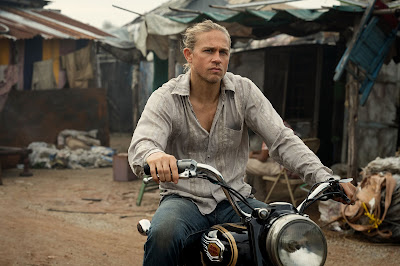