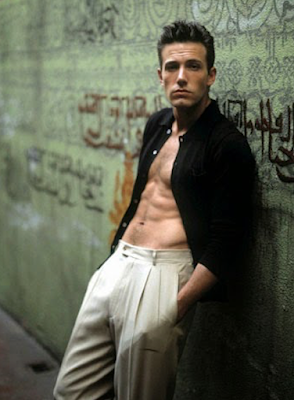 It's been ages since I've updated this somewhat mean-spirited series of mine! But when I saw that today is Ben Affleck's 50th birthday I knew the time had come -- you see, "Three Thumbs Up" is where I choose three good performances from an actor I generally can't stand. It's kind of mean! It's true! But in the parlance of reality-show contestants I'm not actually here to make friends, I'm here to be an honest critic, and that sometimes involves spouting off the opposite of niceties. My dislike of Ben Affleck comes and goes -- which is to say that I've never found him particularly good at his chosen profession but sometimes he can be hot, and sometimes hot is enough. He and I are really on the down-swing at the moment, though -- I try to ignore gossip and tabloid stuff but if I see one more person cheer on that tawdry spectacle of him and Jennifer Lopez's "great romance" I'll plummet off the Winter River Bridge, I will. Anyway all that said in the spirit of birthday generosity here are three roles that he's perfectly acceptable in. 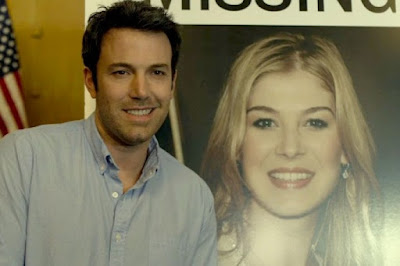 1. Gone Girl (2014) -- It is the understatement of the millennium to say that David Fincher knew what he was doing with the casting of this film, which is brilliant and unexpected from top to bottom (hello Neil Patrick Harris), but this leans so perfectly into Affleck's well of douchebaggery that it achieves Douchebag Nirvana. (Indeed you'll see below that "Douchebag" is really as far as I'm concerned the only role that Ben is suited for, and the only place he succeeds.) As "Nick Dunne" the object of Rosamund Pike's psychotic derision, Fincher's entertainment knows what this film's forebear Fatal Attraction didn't, not entirely anyway -- we are here to watch these white straight sleaze-balls squirm and suffer. (Bonus points for the dong flash.) 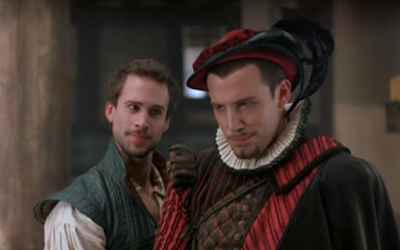 2. Shakespeare in Love (1998) -- I haven't seen SIL in twenty years but I'm one of those people who's always been fine with it having beaten the Spielberg movie for Best Picture, and I remember Ben being very charming and funny in a caddish way in this. In my head it's a direct precursor to our final entry in this list... 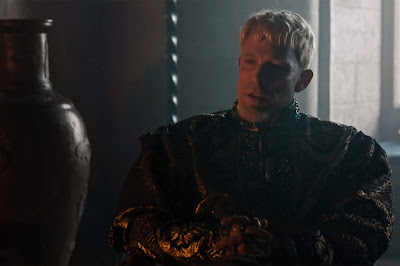 3. The Last Duel (2021) -- I hated this movie a whole lot, but Affleck was by leaps and foppish little bounds the best thing about it, which... well when you're saying that about a movie you know that we're in trouble. Anyway this feels like the above two roles in this list smashed together -- he's a charming cad in a period film, only using that patented douchbaggery to poison the well. I wouldn't have nominated him for any awards as some people were clamoring for because I don't think anything about Scott's film was worth rewarding -- as there are every year there were lots of good movies worth giving awards to that year and we didn't have to go digging through dreck just because big names were attached! -- but Affleck did bring some humor to an otherwise slog.
--------------------------------------------- 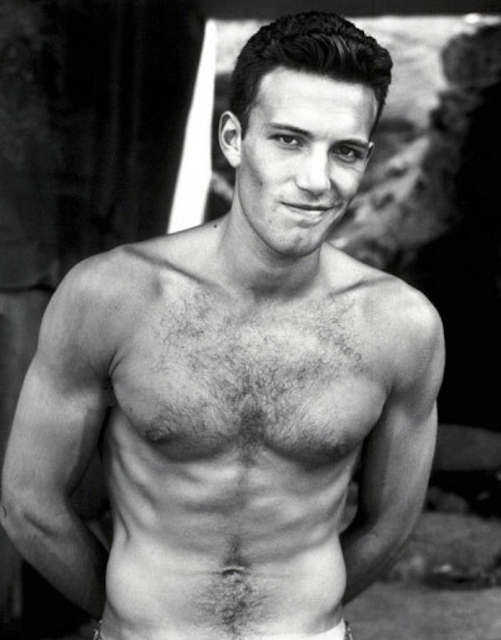 What are your favorite Ben Affleck roles?
Who? Jason Adams When? 2:19 PM
Labels: birthdays, david fincher, lists, Three Thumbs Up

Yeah, he's good in Gone Girl, and I liked Argo when I saw it. I have no memory of Shakes in Love, including the fact that he was in it. The Last Duel was tortuous, though he actually was good. But he and Damon have eroded all the good will (lol) they had, through weird personal and professional choices.

He has given 1 very good performance The Way back and some noteworthy Tender Bar,Good Will Hunting,Bounce and Gone Girl,the rest is average at best.

His private life seems to be a train wreck but that doesn't matter so much when I see him on screen. I like him well enough without him being a favorite performer, he won't get me into the theatre on his name alone but he doesn't repel me away like Kidman or Zellweger do.

My three fave performances of his:
Argo
Changing Lanes
Shakespeare in Love-I don't love the overall picture but he did have a lot of fun with his role.

1. One iconic scene in Good Will Hunting.
2. A couple of good comedic scenes in Shakespeare in Love.
3. Held his own against a very strong cast (that he also directed) in The Town.

Ben's only ever a celeb in whatever he does. Every roll has that 'acting' stamp on it. But I still enjoy him.

Oh man, my friend and I were just ranting yesterday about Affleck and how his "acting" only came to prominence thanks to the very specific 90s glorification of bro culture, so this post spoke to me. I agree with your picks!

I find The Accountant infinitely rewatchable

I'm with you. I can only stand him in "Gone Girl" which I enjoyed very much thanks to Rosamund Pike. He is certainly nice to look at but I never understood his broader appeal.
My brother works in the film industry in SC and when Affleck was there making Forces of Nature back in 1999, he said Ben was a complete diva with major attitude.

unpackedthoughts said...
This comment has been removed by the author.
2:03 PM

This is a really long-winded way to say "I'm a hater."

LOL you could probably apply that as a tagline to this entire website, unpackedthoughts -- My New Plaid Pants: "A really longwinded way to say I'm a hater." I like it!