The Bitter Tears of September 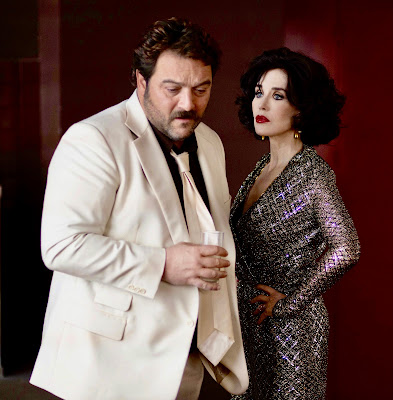 Finally some news on one of 2022's most anticipated movies of yours truly -- François Ozon's ode to Rainer Werner Fassbinder called Peter Von Kant is getting released here in the US on September 2nd! And we've got a trailer and a big batch of images to share too. I've already talked about this movie a bunch before here on the site, which isn't a surprise given my affection for Ozon and my obsession with Fassbinder. This is my peanut butter meeting chocolate moment! (And if you missed the Warhol-inspired poster I really recommend you check that out.) 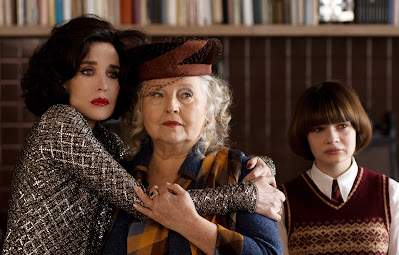 Peter Von Kant, borrowing its title and apparently much of its plot from Fassbinder's classic queer play and film The Bitter Tears of Petra von Kant, stars the great Denis Ménochet as the titular Peter, who here is a man (gasp) and a Fassbinderian film director. From what I gather it's an attempt to look at the director himself through the lens of one of his most self-critical works. I can't say, I haven't seen it! And I haven't read any reviews because I haven't seen it. I'm keeping myself as fresh as I can be until then. I'm not even going to watch this trailer, but maybe you will:
The film will be released in several cities on September 2nd -- namely New York  at the IFC Center, Los Angeles at Laemmle Royal, as well as theaters in San Francisco, Chicago and Seattle. And then it will branch out from there as these art-house movies have a habit of doing. If you'd like to stare at more images from the movie, including more looks at Denis' co-stars Isabelle Adjani, Hannah Schygulla, Khalil Gharbia, Stéphane Crépon, Aminthe Audiard, plus a second Warhol-flavored poster, then you can go ahead and hit the jump right now... 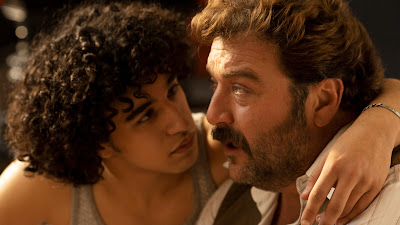 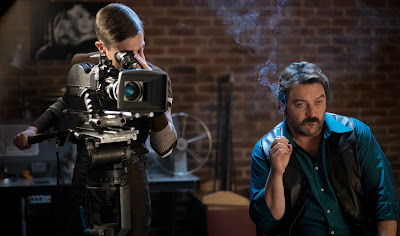 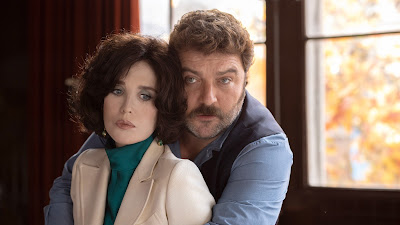 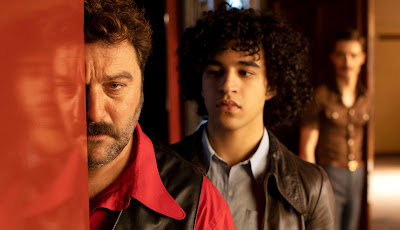 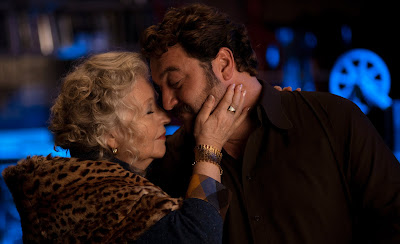 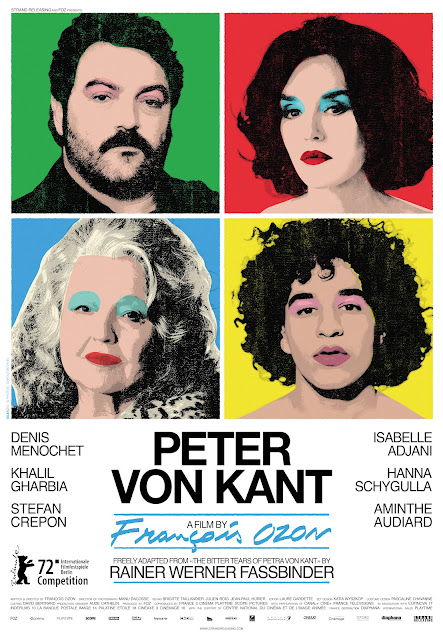 I've never seen any Fassbinder movies. There are tons on Criterion Channel but I don't know where to start?

I personally think the best starting points are Ali Fear Eats the Soul, Bitter Tears of Petra von Kant, and Fox and His Friends. The Marriage of Maria Braun was his biggest hit and a lot of people love it, but it's a middle one for me personally. Querelle is super gay and sexy, but it's also atypical for him and super slow and a lot to take in at once, so I don't think people should start with that one. Ali is probably the best one to start with, then you'll know if RWF's a vibe you wanna continue with.

I will admit he is not for everyone! But if you want to understand the history of gay cinema he's about as important a slice of the cake as any person, and every gay director since owes him a debt -- and like with this movie here they also riff on him often.

Querelle was my first Fassbinder. It is an odd film. The plot is difficult to get engaged in, especially with the strange narration drawing your attention out, and the weird staging and camerawork. The sex scene in the beginning is intense and very memorable. Ali: Fear Eats the Soul is amazing.